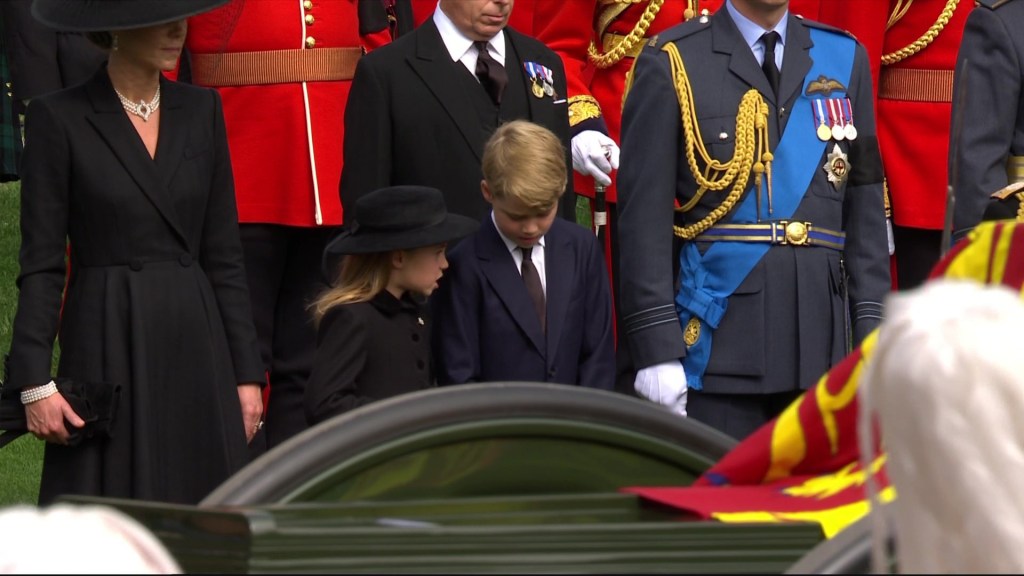 Prince George and Princess Charlotte shared a sweet moment and chatted together as they watched their great-grandmother’s funeral.

The young Royals were seen talking quietly whilst the Queen’s coffin was paraded outside of Wellington Arch.

Both George, nine, and Charlotte, seven, walked down the aisle in Westminster Abbey alongside Prince William and Kate.

Prince George and Charlotte were seen having a lighter moment in the back of a royal car (Picture: Karwai Tang)

The young royals bowed their heads as they stood side-by-side with their parents (Picture: BBC)