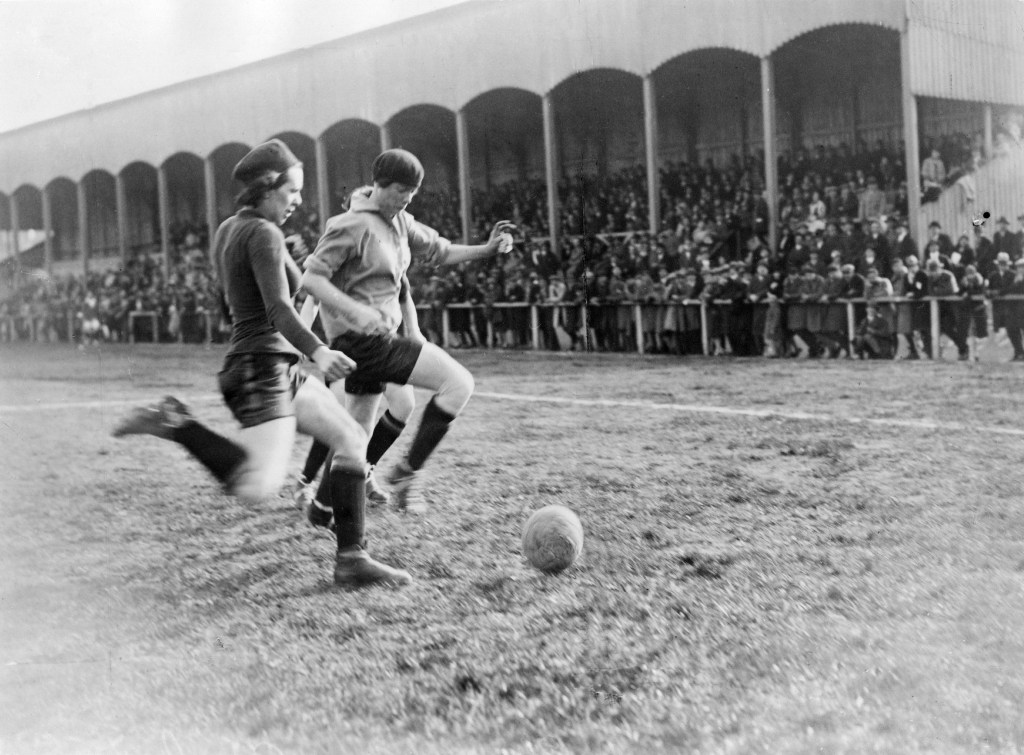 England’s Lionesses roared to victory in a Euros win that clawed back years of negative attitudes towards women’s football.

The triumph has been likened to the sport reaching base camp in terms of its progression, with even higher summits well within reach for the coming years.

Thoughts are now turning to how the Euros success can be harnessed and directed toward a new generation of footballers.

Sunday’s 2-1 win against Germany has also encouraged people to look to the past – and to the trailblazers throughout history that refused to play ball with societal norms.

Until this week, many people in the UK were unaware a ban on women’s football had been in place until 1971.

People of both genders have been having kickabouts since the 16th century – there are early records of mixed games in Scotland’s East Lothian – when the major issue was simply over if people were ignoring the Sabbath to play football.

It wasn’t until centuries later that women were specifically banned from playing due to their gender.

The shocking decision came after teams successfully sold out stadiums throughout the First World War and raised eyewatering amounts of money for the war effort.

Much history of women’s football has been forgotten from the history books (Picture: Getty Images)

The Euros bid could lead to a new wave of awareness into football’s past (Picture: Getty Images)

The Football Association (FA) on December 5, 1921 had acknowledged ‘complaints’ made against the women’s game during a meeting.
It was ruled the sport was ‘quite unsuitable for females and ought not to be encouraged’.

Women playing football were seen as an ‘infection’ which needed to be ‘dealt with’ where possible, explained historian Steve Bolton.

His grandmother was none other than Lizzy Ashcroft, one of the most popular footballers in the 1920s and 30s.

She played for Dick, Kerr Ladies – a Preston-based team that was hugely influential in the changing face of women’s football.

Growing up, Steve had been unaware of her legacy until stumbling upon a series of photos in his father’s attic.

The captains of the French and English Ladies football teams, Carmen Pomies (left) and Florrie Redford, having a handshake and a peck on the cheek before the a game in 1925. (Picture: Getty Images)

The goalkeeper of the French women’s football team in action at their first international match against the English team Dick, Kerr Ladies in Preston on April 29 1920. (Picture: Getty Images)

‘She was rough, had a broad Lancashire accent and her old cardigan was held together by a safety pin,’ he recalled to Metro.co.uk.

‘What I remember most is a grizzled old lady. I knew she played football, but not much else.’

Working alongside former footballer Gail Newsham, Steve soon got to work investigating the history of his granny’s team that seemed to have been wiped from history.

He now works to research women’s teams and players from across the UK’s past.