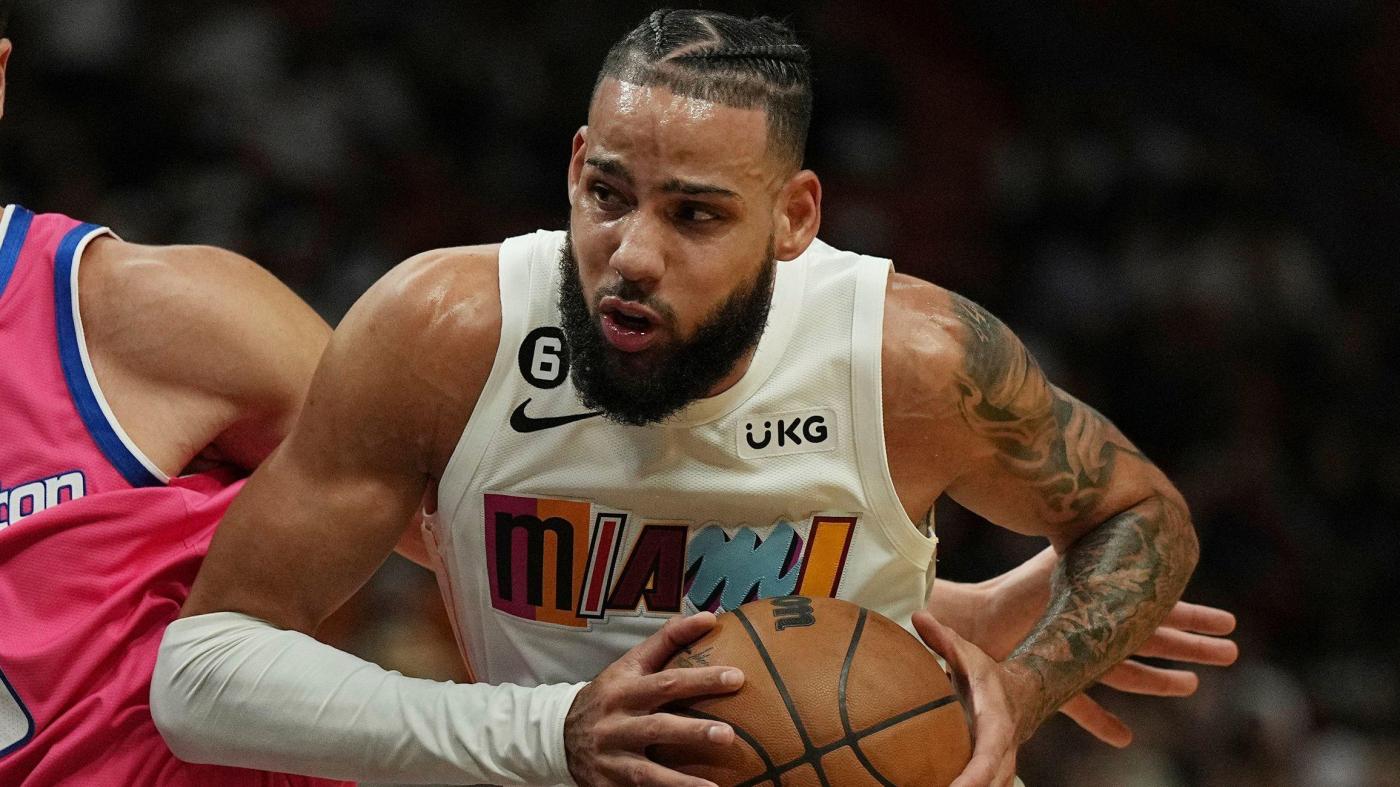 The previous role was simple, simply having to energize.

It proved to be Caleb Martin’s takeoff point to a three-year, $20.4 million free-agent contract from the Miami Heat in the offseason.

And then far more than the money got real for the affable 27 year old.

Slotted in as a full-time starter for the first time in his four-season NBA career, Martin went into Friday’s game against the visiting Washington Wizards on one of the most productive streaks of his career, coming off a 24-point performance in Wednesday night’s victory over the Wizards.

“Caleb has grown and changed from what he was previously, before,” coach Erik Spoelstra said. “I still think he’s going to have a game where he’ll be flirting with some triple-doubles, just the way he’s getting into dribble handoffs, the way he can get shooters open shots. There’s going to be one of those nights where he’s just going to fall into all of those being makes, and you’ll look up and he’s going to have eight assists with eight minutes to go in the fourth quarter.

“I told him the big thing is can he get 10 rebounds? I know he can get the points and assists. He’s got a knack for the ball, so he’s going to be able to get that, as well.”

Since the offseason departure of P.J. Tucker, the role of starting forward was there for the taking for Martin. But not only has he helped stabilize the Heat’s defense at that spot, but he also has shown the ability to shift back to small forward in the absence of Jimmy Butler, with Friday the fifth consecutive game Butler has missed with a sore right knee. He also was there to score when Tyler Herro was out before Wednesday’s return.

“Obviously there’s slack that does have to be picked up with those guys that carry a load scoring wise, offensive wise,” Martin said. “So obviously we’ve got to be able to pick up those shot attempts in the way that we can, without cutting into Tyler and Kyle [Lowry] and those guys.

All while continuing as energizer, no matter whether starting at power forward or shifting to small forward alongside Nikola Jovic.

“He’s been playing unbelievable,” Lowry said. “The last two and a half, three weeks, he’s been finding guys, pitching, handoffs, rolling, making plays, making passes and then he’s been shooting the ball well.”

That included 4 of 9 on 3-pointers Wednesday night.

“He’s a great shooter,” Spoelstra said. “I see it when he’s working out behind the scenes. He can knock down threes.

Jets’ Offensive Coordinator Mike LaFleur on Zach Wilson: ‘He’s handling it the best he can’