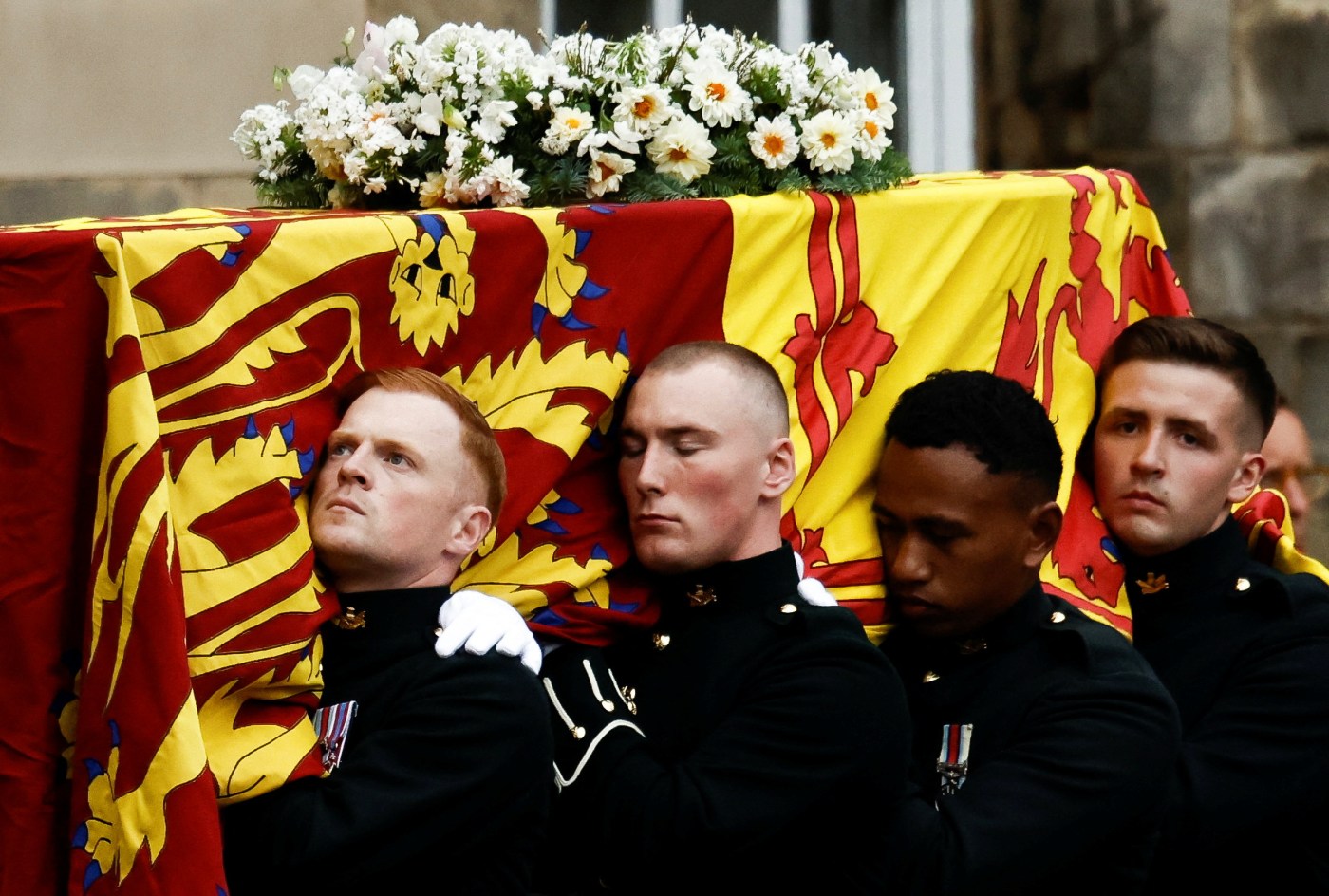 The State Funeral of Her Majesty the Queen is scheduled to begin Monday at 11 a.m. BST (British Summer Time, 3 a.m. Pacific) at Westminster Abbey, and will be attended by heads of state, prime ministers, members of European royal families and other notables.

The service comes after four days lying in state at London’s Westminster Hall. A procession will lead to Westminster Abbey with the queen’s coffin carried on a gun carriage, pulled by sailors rather than horses. British military personnel will line the streets and some will join members of the royal family in the procession.

Following the funeral, the coffin will be taken, via Wellington Arch, to St. George’s Chapel at Windsor Castle for a committal service, which also will be televised (4 p.m. BST, 9 a.m. Pacific).

A private interment service with members of the royal family will follow.

The queen’s final resting place will be the King George VI memorial chapel, alongside the remains of her mother, father and sister. The coffin of her late husband, Prince Philip, will be moved from the Royal Vault to the memorial chapel to join the queen’s.

The events will be covered as breaking news by major broadcast networks and cable news channels. Here’s what the networks are planning.

Coverage on CBS will be anchored from London by Gayle King and Norah O’Donnell. The special programming will stream on CBS News Live.

NBC’s coverage, beginning at 2:30 a.m., will be anchored by Savannah Guthrie, Hoda Kotb and Lester Holt. The broadcast also can be streamed on today.com and NBCNews.com.

On ABC, David Muir and Robin Roberts will anchor coverage from London, beginning at 2:30 a.m.

PBS Socal will provide the BBC’s live coverage of the ceremonies beginning Monday at 1 a.m., with 90 minutes of highlights in prime-time at 8 p.m.

Martha MacCallum will anchor Fox News Channel’s live coverage beginning at 1 a.m. MacCallum will be joined by Ainsley Earhardt and Piers Morgan. Coverage will be livestreamed on Fox News Go.

C-SPAN will have live coverage beginning at 2:30 a.m., with streaming on the C-SPAN Now app and on a special page on the C-SPAN website.

Coverage on MSNBC begins at midnight, anchored by Chris Jansing. At 2 a.m., Joe Scarborough, Mika Brzezinski and Willie Geist will be joined by Katty Kay for a special edition of “Morning Joe” from London. Andrea Mitchell, Katy Tur and Jansing continue special coverage from 7 a.m. through the end of public services.

Livestreaming of BBC News coverage is available at the BBC website, bbc.com/news.