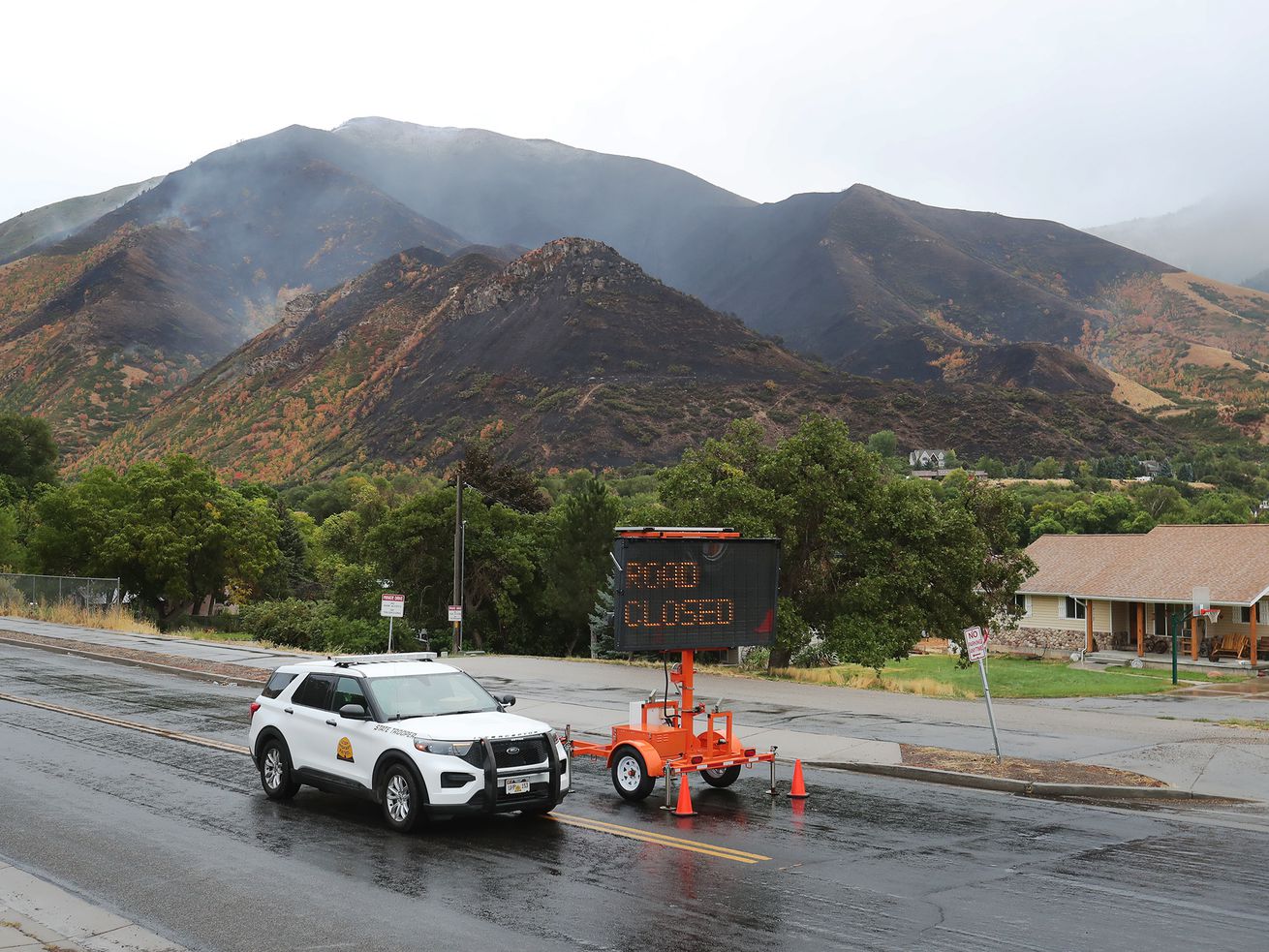 SALT LAKE CITY — Nearly 60 years ago, Bob Dylan had a hit song that told us “the answer … is blowing in the wind.”

Anyone contemplating those lyrics Tuesday along the Wasatch Front, with trees and limbs flying through the air, power outages and school closures, might have wondered what the question was, and who could we punish for asking it?

I’m not sure, but here’s one an apparently growing number of Americans ought to be asking: Should I do something stupid that might cause a fire?

If they would take the time to actually ask it, they might not have to wait for a ton of bricks, or perhaps cinders, to fall on their heads first.

I’m guessing few people were asking that question Tuesday as they struggled to remain upright against winds that toyed with 100 mph in some areas, but some of them, at least somewhere in the dusty regions of their subconscious, ought to have been wrestling with it earlier in the week.

Beginning about 9:30 p.m. Monday, my wife began getting texts from her brother, who lives with his family along a mountainside in Springville. He sent pictures showing how close the rapidly growing Ether Hollow Fire was coming to their house.

We assured him his family could come to our house if they needed to evacuate. Already, evacuation orders had been issued for more than 200 homes in nearby Mapleton. Fortunately, early morning rain a few hours later dampened some of the danger.

TD Bank pays higher savings rates than most of its competitors, with no minimum opening deposits

It wasn’t the first time his house had been threatened, nor was it the first time that danger was caused by someone carelessly discharging firearms into tinder-dry vegetation in the mountains.

Fire officials said this is what caused the Ether Hollow Fire. It also appears to be the source of the William Fire that started Saturday near Santaquin and covered 2,000 acres by Monday evening.

In addition to this, Forest Service officials said they found 14 separate ignition points — signs of arson — that caused a series of fires in the Manti-La Sal National Forest on Saturday.

All of this reminded me of what Gov. Gary Herbert said eight years ago after someone parked a hot car on top of some tall, dry grass in Herriman, starting a fire that consumed four houses before it could be controlled.

“We can meet together and pass law after law,” he said. “But you can’t pass a law that outlaws stupid.”

Lest you feel like packing up and moving to another state, this isn’t a condition unique to Utah.

In California right now, 21,000 people have been evacuated because of the El Dorado Fire east of Los Angeles. It was caused by an enterprising young couple who decided to film a gender-reveal video using an explosive …read more

Amid reports of production issues, the PlayStation 5 is expected to be in low supply this holiday (SNE)

Every aspect of supply chain and transportation is undergoing transformation, and the pandemic has only accelerated it

GOLDMAN SACHS: The explosive rally in high-growth tech stocks may have put some fund managers in breach of SEC restrictions. Here are 6 strategies to correct course and continue delivering strong returns.