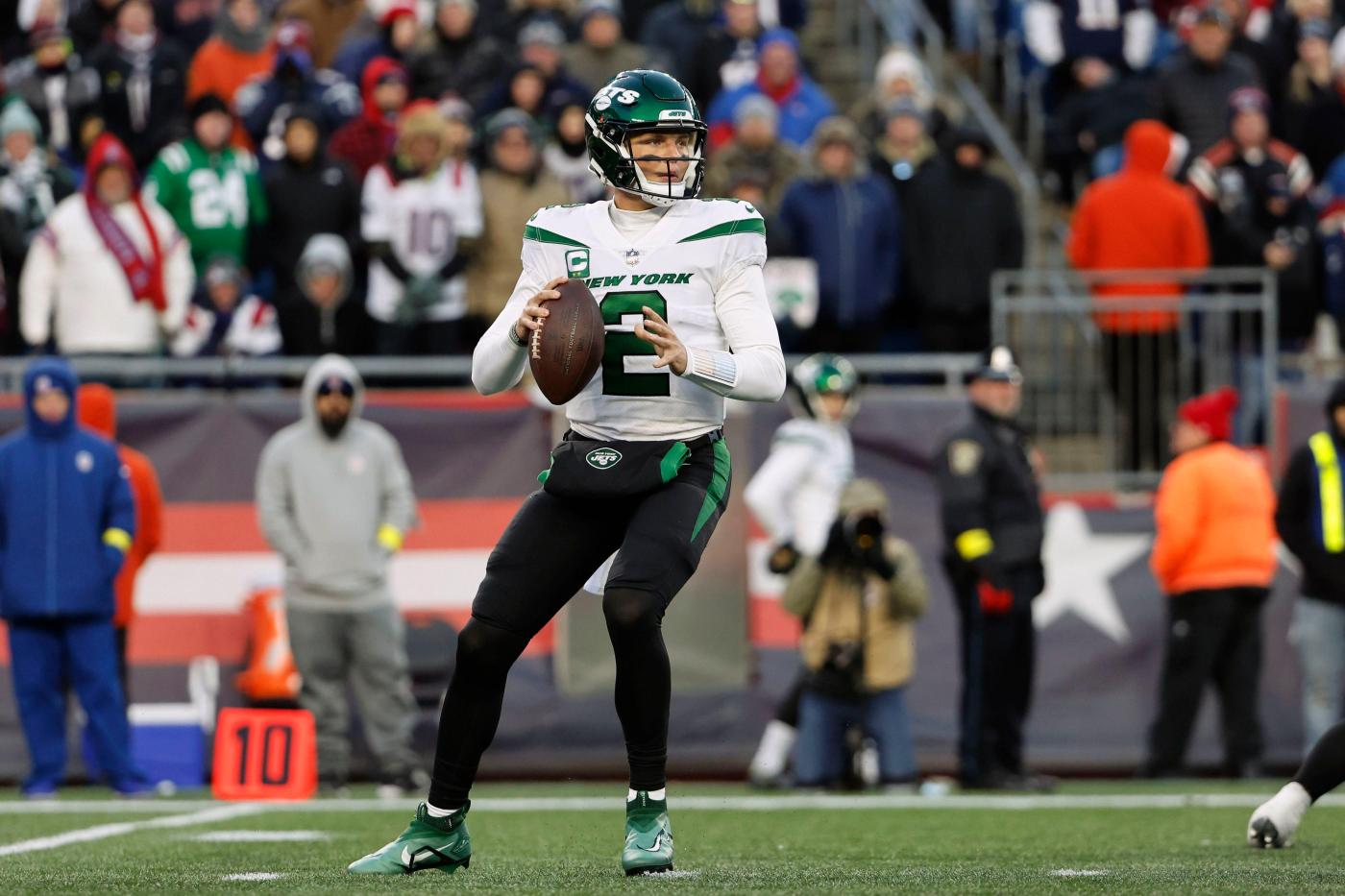 Two days later, he made it official during his morning press conference.

Mike White will start against the Bears with veteran Joe Flacco as his backup. Not only will Wilson not be under center against Chicago, but he won’t even be active.

“Zach’s career here is not over,” Saleh said. “I know that’s going to be the narrative, that’s what everyone shouts out and that’s not even close to the case.

“The intent, the full intent, is to make sure Zach gets back on the football field at some point this year. When that is, I will make that decision and take it day-to-day.

“The biggest thing with Zach is the young man needs a reset. The decision-making has been fine, his practice habits, but there are some basic fundamentals things that got out of wack and this is just an opportunity where he can sit back, focus on those things and find a way to reconnect things we fell in love with during the draft process and I feel like it’s something that’s he’s going to be able to do.”

Jets players were informed this morning that Wilson would not start Sunday’s game against the Bears. As many would expect, Wilson was unhappy with the move as he won’t even be in uniform against the Bears and possibly longer.

Wilson is coming off an abysmal performance in the 10-3 loss to the Patriots Sunday where he completed 9 of 22 passes for 77 yards and zero touchdowns. The second-year quarterback also created headlines after he refused to take any of the blame when asked about the offensive performance.

On Monday afternoon, after a two-hour delay, Jets coach Robert Saleh told reporters everything was on the table and he was not committing to Wilson until he was done evaluating everything. Despite his refusal to take any blame for the team gaining only two yards and 103 total yards and zero touchdowns against the Patriots, Saleh said Wilson’s comments didn’t factor into his decision to bench the second-year quarterback.

“There’s always going to be that discussion on if he’s going to lose the locker room, Zach doesn’t have the locker room,” Saleh said. “Players go out there to play for one another. But at the same time, I don’t think a player is going to play any less harder because he doesn’t like his teammate.

“He is playing hard for his family, he’s not going to turn it doing because he doesn’t have love for somebody. With that said, guys have empathy for one another with how difficult this job is and the heat of the moment at the end of the game and the way that we lost. With Zach, maybe there was a little irritation at the moment, but I don’t think there’s a grudge, I don’t think there are any effects when it comes to that.

“That had no barring on this decision.”