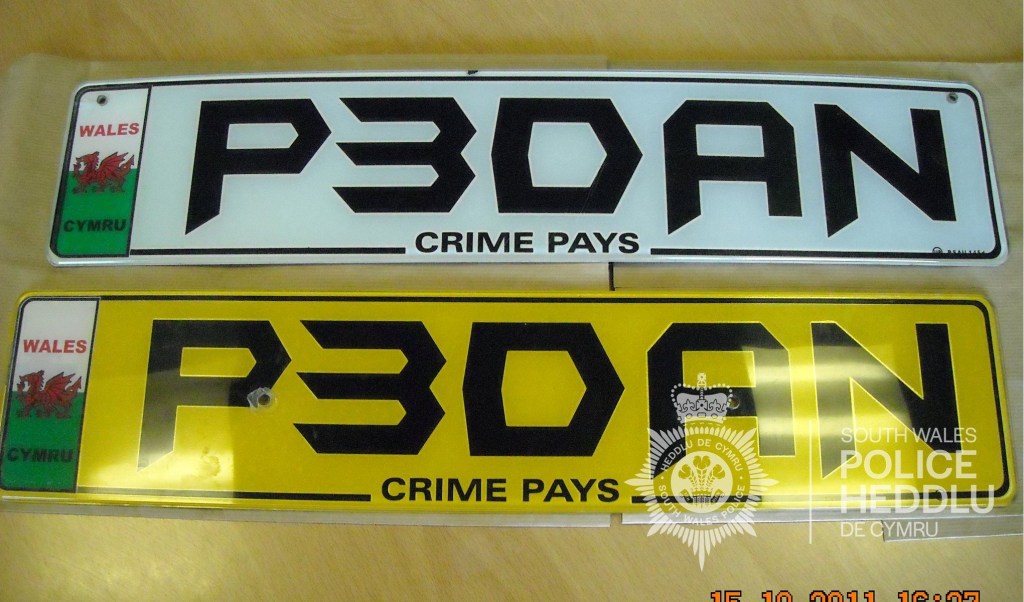 A Lamborghini with the words ‘crime pays’ on the number plates was among a convoy of flash cars and luxury caravans seized from members of a £6 million county lines gang.

Daniel Harris, 40, Dale Martin, 28, and Leon Ley, 34, were jailed over their roles in an outfit which trafficked an estimated 50kg of high purity cocaine from London and Essex to Wales.

Swansea Crown Court was told they earned £6,018,395.85 from the enterprise and a judge ordered the confiscation of £267,957.06 worth of assets to investigators seeking to claw back the criminal proceeds.

They included the yellow Lamborghini, as well as a Range Rover, several plush caravans, and cash.

This Lamborghini was among the assets confiscated (Picture: South Wales Police / SWNS)

The 15-month investigation also revealed that Harris – dubbed a ‘local Flash Harry’ during his trial – had been driving around with the ‘crime pays’ plates.

He was jailed for 16 years in 2021, while Martin and Ley were sentenced to 12 years and 11 years and three months respectively.

Judge Paul Thomas QC said they were part of a ‘sophisticated criminal enterprise’ which brought large amounts of high-purity cocaine to the city.

Jo Williams, South Wales Police’s financial investigator, said: ‘This result shows the fantastic work carried out by the Economic Crime Unit who have supported the investigation of Op Tilbury.

‘The suspects were convicted previously and received substantial sentences, so to follow on with this incredible level of orders under the Proceeds of Crime Act is fantastic and really moves towards disrupting organised crime groups.

‘We also secured an image of the number plate Daniel Harris was using back in 2011 when he was subject of another investigation, Operation Cougar.

‘As can be seen, at that time his private number plate had the words “crime pays”, something which I’m sure he now regrets.’