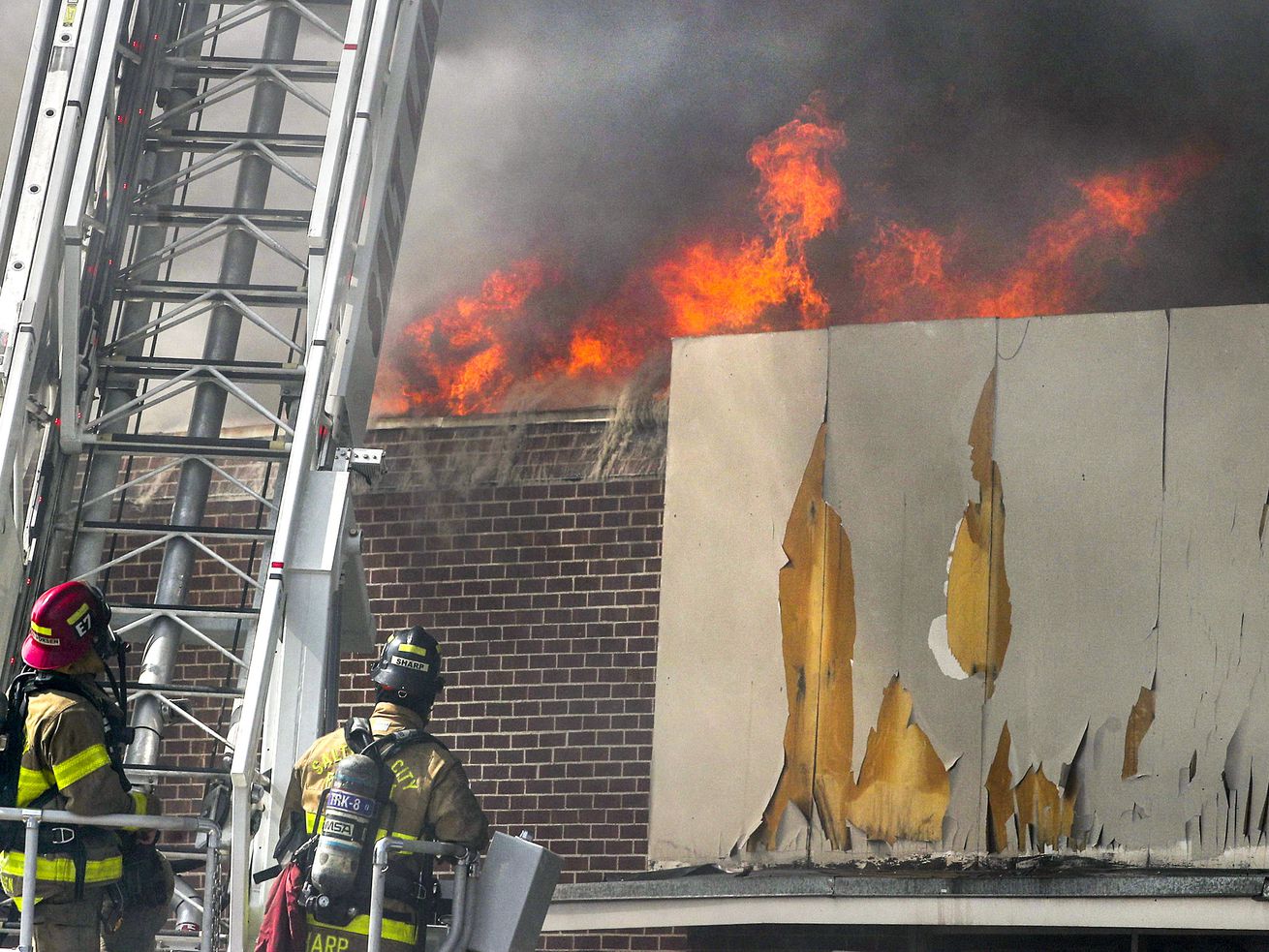 Flames leap from the roof of an abandoned building as Salt Lake firefighters work to control a blaze on 900 South and 200 West in Salt Lake City on Wednesday, Sept. 9, 2020. | Steve Griffin, Deseret News

SALT LAKE CITY — A large structure fire at a vacant building in Salt Lake City on Wednesday is being treated as suspicious.

Salt Lake fire officials say it is the third fire reported Wednesday morning in the area of 900 South and 200 West.

The first fire was small and did not cause any structural damage, said Salt Lake Fire Battalion Chief Ryan Mellor. The second was a grass fire reported about 10:45 a.m. But as crews arrived to that scene, they spotted the vacant dry cleaning business on 200 West that was fully engulfed.

More than 50 firefighters assisted in battling the blaze in a defensive mode, meaning they poured water on the burning structure from the outside but could not enter the building. It took crews about an hour to bring the fire under control.

Mellor said the building has had problems with transients in the past. Although the structure was supposedly vacant, he said once it is determined to be safe for firefighters to enter, they will do a search of the building to make sure no one was inside.

He said investigators were “developing a list” of people they wanted to talk to in connection with the fire and how it may have started.

Hedge funds axe their bullish bets on crude oil at the fastest pace in 6 months, and OPEC sees demand taking even longer to recover