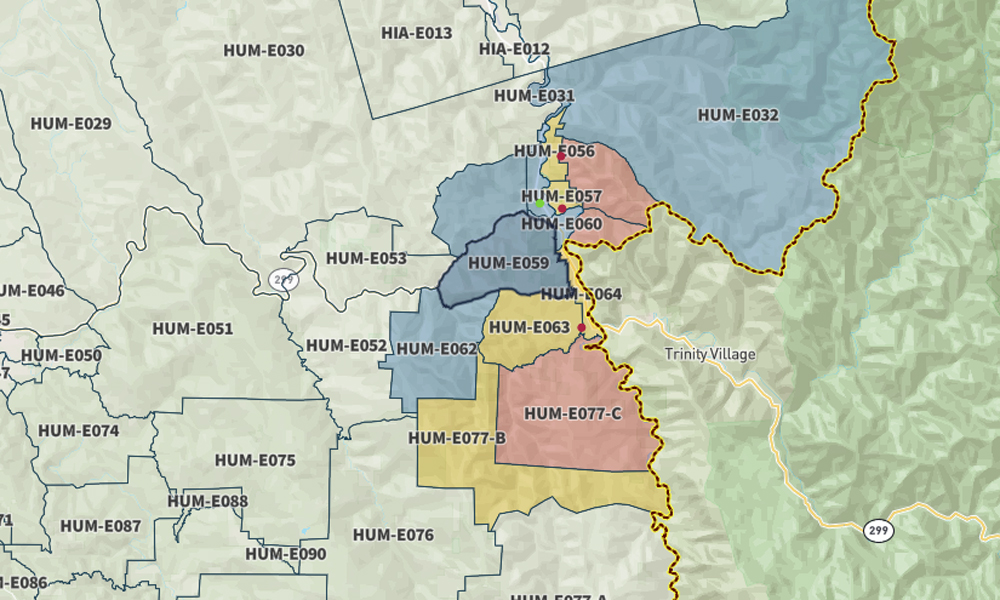 Because of a cluster of lightning-sparked wildfires, evacuations have been ordered in Humboldt and Trinity counties.

The 12 fires of the Six Rivers Lightning Complex, which started Friday, were reduced to eight on Saturday. As of 4:30 p.m., they totaled 470 acres. Fire managers for the Forest Service called it a “very active emerging incident.”

The Zonehaven map above, for Humboldt County, shows the areas of mandatory evacuation in red, evacuation warning in yellow, and advisory in blue.

In Trinity County, the evacuation orders cover an area near the community of Salyer: Salyer Heights, Salyer Loop to the bridge at Highway 299, and Campbell Ridge Road.

The evacuation center is at Trinity Valley Elementary School, 730 Highway 96 in Willow Creek. As of Saturday afternoon, Highway 299 remained open.

Updates can be found at the Facebook page for the Trinity County emergency office and the website for the Humboldt County sheriff.

What happens to wildlife after wildfires? Cal State project aims to find out

Firefighters begin to rack up containment on 58,600-acre McKinney Fire