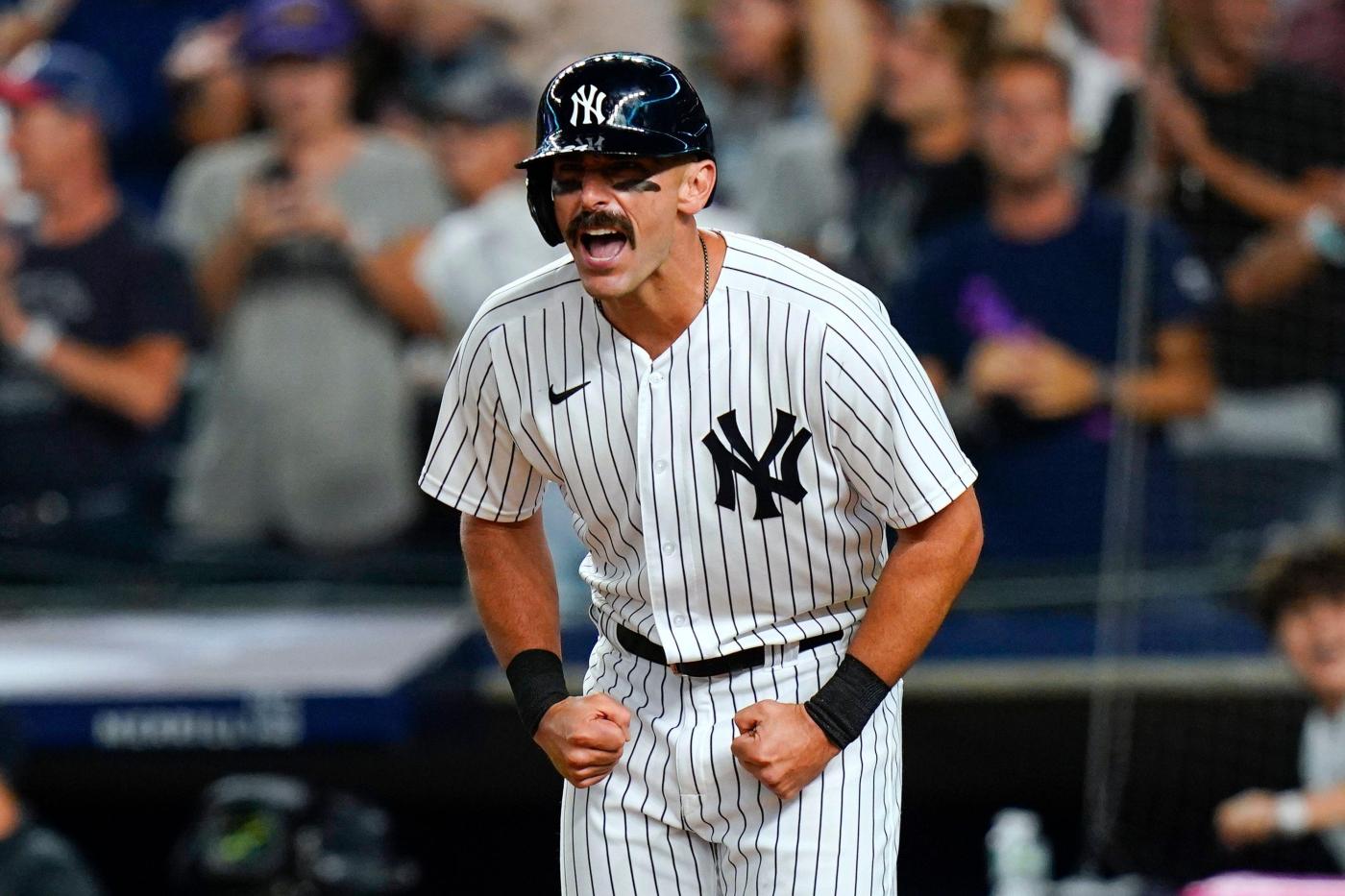 Matt Carpenter never thought he would make it back. The infielder could not figure out his swing. He went 1-for-3 on Oct. 3, 2021 against the Cubs and the veteran Cardinals infielder walked out of Busch Stadium for what he figured would be his last time.

But the lefty-hitting Carpenter kept searching for that swing even after many thought he might be done. The 36-year-old revamped his swing to get the bat a more level path and more time through the zone and focused on pulling the ball more. He has also benefited from landing with the Yankees and being a savvy veteran in a lineup where pitchers are more likely to challenge him than Aaron Judge, Anthony Rizzo or Giancarlo Stanton.

The turnaround is dramatic as he returns with the Yankees for a three-game series in Busch Stadium this weekend where he says he left with no regrets.

“When you play for as long as I did at a place like that you always think that you’re going to finish your career there, but it just didn’t work out,” Carpenter said. “As far as regrets I have zero regrets of the way that my time in St. Louis went. The memories that I made, the friendships that I made, the success that we had as a team and also that I had individually. I raised a family there. My kids were born there and it’s just nothing but great memories.

“I have nothing to be ashamed of or sad about.”

“I think he’s back to being the All Star-level hitter that he’s been for most of his career,” Yankees manager Aaron Boone said. “He’s got a great approach, great eye at the plate and he controls the strike zone. When you do that you usually get yourself in a good position. More often than not, you’re going to get yourself in good counts because you’re controlling the strike zone, and then he’s got the swing that allows him to handle mistakes, whether they’re secondary pitches or good fastballs.”

After leaving St. Louis, Carpenter signed a minor league deal with the Rangers and played for over a month in Triple-A Round Rock. The Yankees had scouted him in spring training and liked the underlying numbers they saw from his minor league time. Shortly after  Carpenter opted out of his contract, …read more

Zach Wilson to start preseason opener, limited to ‘one or two’ series