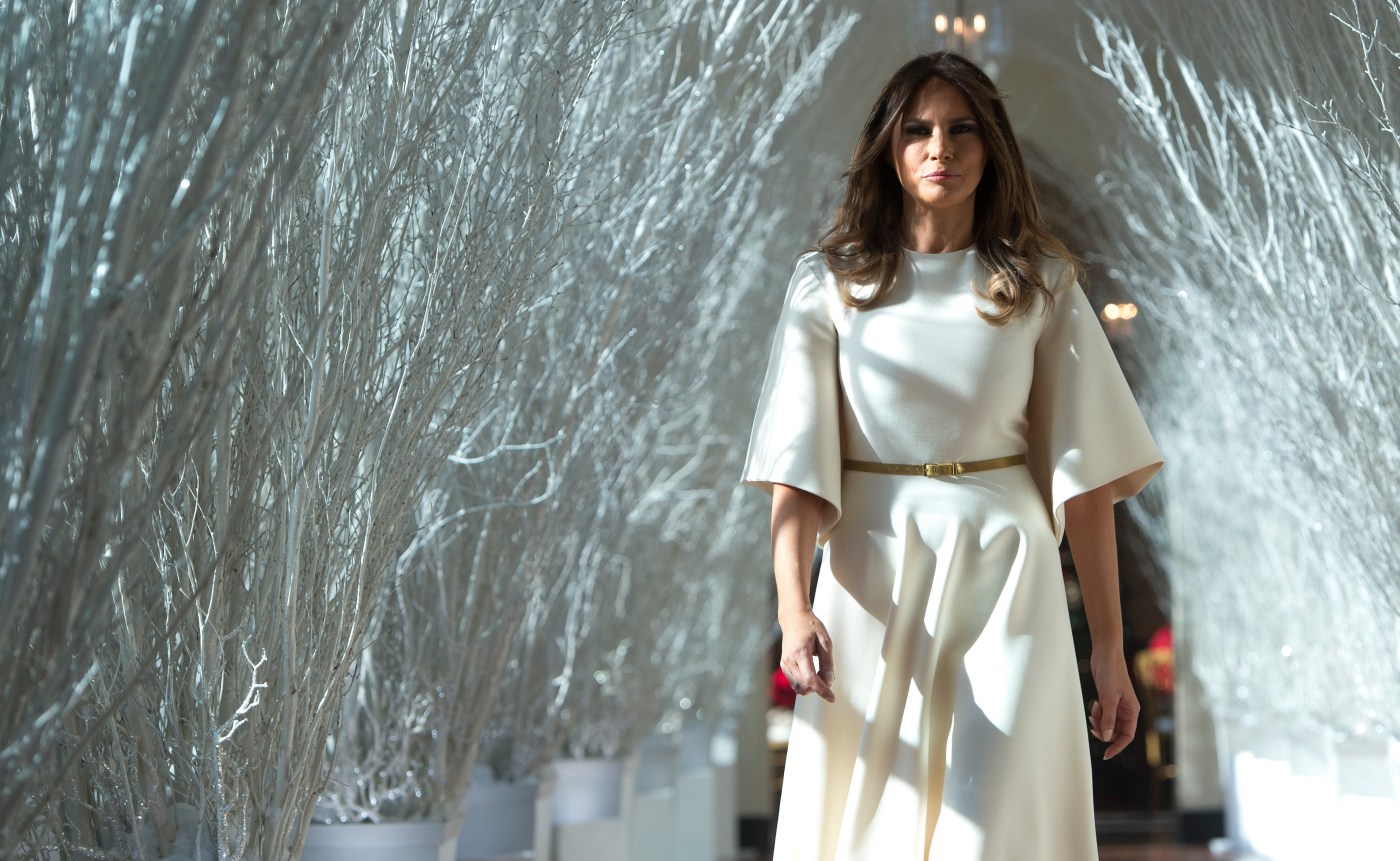 Melania Trump chose an interesting morning to “set the record straight” about her attitude toward Christmas.

The former first lady’s tweet about her “serious” feelings concerning Christmas came Wednesday morning, roughly an hour before New York Attorney General Letitia James had a press conference to announce that her office has filed a massive civil lawsuit against Former President Trump, three of his adult children and his business empire.

The civil suit accuses Melania Trump’s husband and stepchildren, Don Jr., Ivanka and Eric Trump, of large-scale fraudulent financial practices by allegedly overvaluing their company’s assets by billions of dollars to gain loans and other benefits, then devaluing the same property to get tax breaks, the New York Times reports. James also is seeking to bar the Trump family from ever running a business in the state again and alleges that their business violated several state criminal laws and “plausibly” broke federal criminal laws as well.

As Melania Trump’s Twitter account showed, she was mentally focused on Christmas Wednesday morning — two years after she was heard in an explosive audio recording asking her former senior adviser, “Who gives a (expletive) about the Christmas stuff and decoration?”

In a statement posted to Twitter at about 10 a.m. EST, Melania Trump wrote: “While I was serving as first lady of our country, Stephanie (Winston) Wolkoff secretly recorded several of our conversations. Wolkoff then spitefully edited and released our conversation to create the perception that Christmas is not significant to me.”

Winston Wolkoff once was Melania Trump’s close friend and an unpaid White House aide. After she had a falling out with the first lady and was unceremoniously ousted from her White House job, she says the Trump family set her up as scapegoat in media reports about potential crimes related to the fundraising for Trump’s 2017 inauguration.

Winston Wolkoff released several audio recordings in October 2020 while promoting her book, “Melania and Me: The Rise and Fall of My Friendship with the First Lady.”

Winston Wolkoff shared recordings of the outwardly elegant, composed and guarded Melania Trump dropping f-bombs to complain about how Vogue magazine wouldn’t put her on its cover, how people are jealous of her because she still looks “good,” and how she gets criticized even when she fulfills the first lady’s traditional duties of overseeing the White House Christmas decorations.

“They hate (Donald) so much, they hate on me, too. No matter what I say or do,” Melania Trump is quoted as saying in Winston Wolkoff’s book. That’s when the former first lady complained, “They say I’m complicit, so I work on Christmas stuff. Who gives a (expletive) about the Christmas stuff and decoration?”

Melania Trump’s public image of being concerned about the well-being of children might also have been tainted by another clip Winston Wolkoff also released of the Be Best campaigner saying callous things about young immigrant children separated from their parents at the U.S. border under her husband’s “Zero Tolerance” policy.