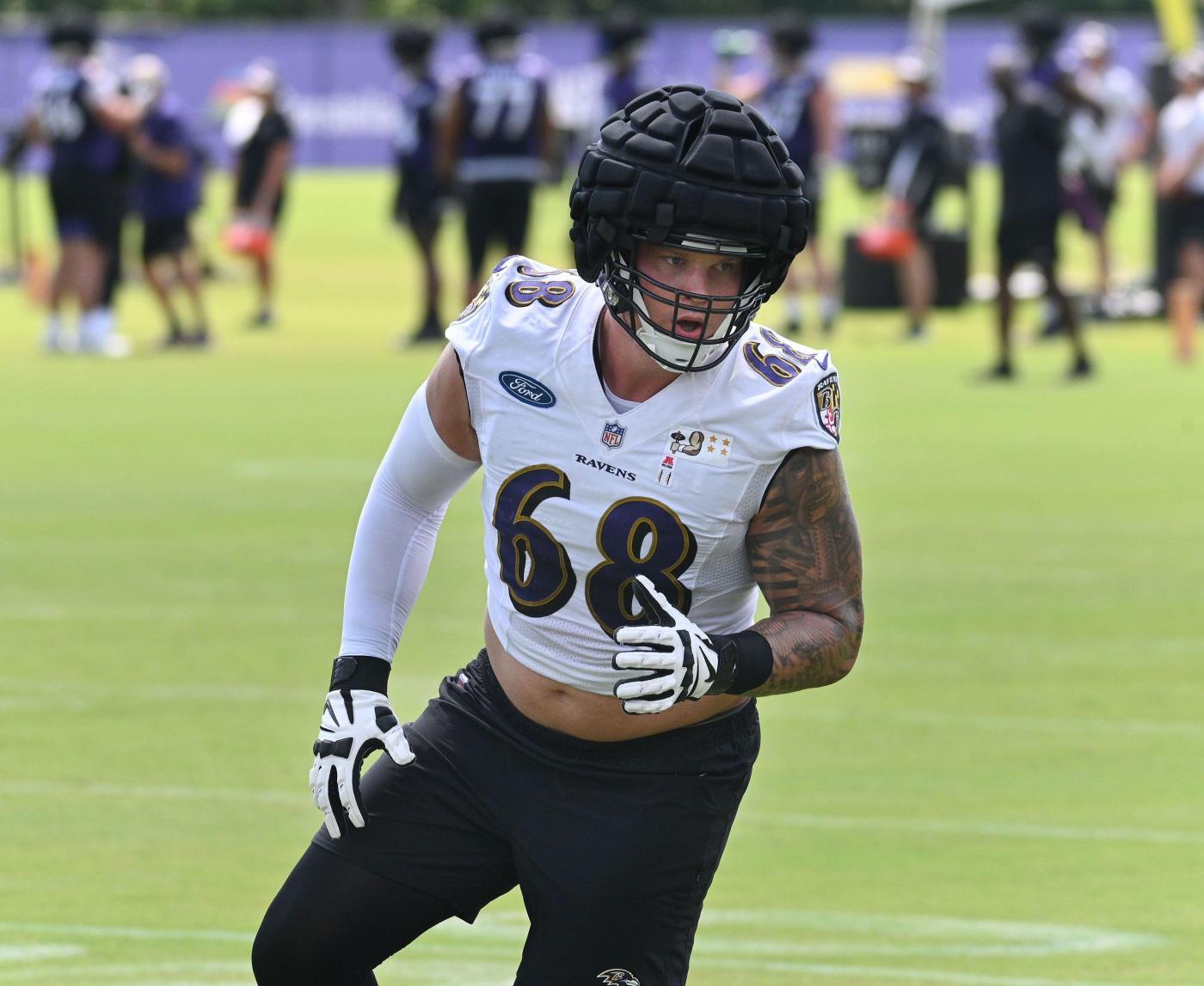 Ravens star quarterback Lamar Jackson added 12 to 15 pounds of muscle during the offseason and is throwing as well as usual, but we’re still waiting to see more of those vintage Jackson bursts when he runs.

He hasn’t done much scrambling in training camp compared with the previous four seasons, so rarely has he turned the corner, accelerated and run away from defenders.

However, Jackson did rush for a 65-yard touchdown on an option during the first hour of practice Friday. He certainly looked like the Jackson of old with the ability to run full speed and cut without slowing down, but those types of runs have come more from backup quarterback Tyler Huntley than Jackson.

This isn’t to suggest Jackson has slowed down or been hampered by an injury. Maybe he just wants to focus more on making proper reads and staying in the pocket or improving his ability to throw on the run.

Ravens coach John Harbaugh said he expects starting rookie center Tyler Linderbaum to miss one to two weeks with a foot injury, but it’s one position where the Ravens have depth.

They have two more centers on the roster in backup Trystan Colon and reserve Jimmy Murray, and veteran Patrick Mekari has also played there. Colon has played well the past two seasons as an injury replacement.

Missing time will hurt Linderbaum because he needs as many repetitions as possible before the start of the regular season, but the Ravens won’t miss him much.

The Ravens have allowed Jackson to bring his offseason quarterback coach to training camp, which is extremely unusual.

Of course the Ravens have said they welcome Adam Dedeaux, but team quarterbacks coach James Urban can’t be completely happy.

No one will complain as long as the Ravens win, especially in the postseason, but if Jackson falters there could be serious repercussions because he received star treatment.

The Ravens don’t seem to have much interest in undrafted rookie receiver Raleigh Webb, but the former Citadel star is a good route runner. At 6 feet 2 and 204 pounds, he is physical enough to get off press coverage against most cornerbacks.

Unlike some of the other receivers on the roster, Webb blocks well in the running game and has a history of being a standout on special teams.

O-line on the move

First-year offensive tackle Jaryd Jones-Smith is hard to miss at 6-7 and 345 pounds, but one of the first things you notice about him is that he runs well.

That doesn’t sound like much, but the Ravens have had problems making blocks into the second level in recent years. They have a lot of stiff linemen who don’t pull well.

The Ravens did get rookie Daniel Faalele some repetitions at left tackle before moving him from the right, but that experiment should be saved until next year. Faalele needs to develop more speed and quickness.