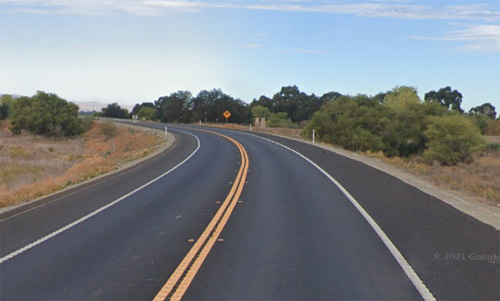 Hugo Mendoza, a San Jose resident, was taken into custody Saturday night after police who contacted him on another matter found he was the subject of a warrant from the CHP’s Modesto office, the Modesto Bee reported.

Mendoza is being held on charges of felony vehicular manslaughter and felony hit-and-run.

He is suspected of being the man seen fleeing on foot after a fatal single-vehicle accident Feb. 6 in Stanislaus County.

A 2011 GMC pickup had apparently been westbound on Highway 132 around 2:30 a.m. when it went off the two-lane rural road and hit some trees just east of the San Joaquin River.

In the pickup two men were found dead: Jovany Serrano-Caballero, 23, of Hayward and Saul Garcia, 36, of San Jose.

The person who reported the accident said he had pulled over on the roadside to call 911 when a man got out of the driver’s side of the truck and ran past his car.

One dead, five hurt in suspected DUI crash in Fresno County. What CHP learned at scene