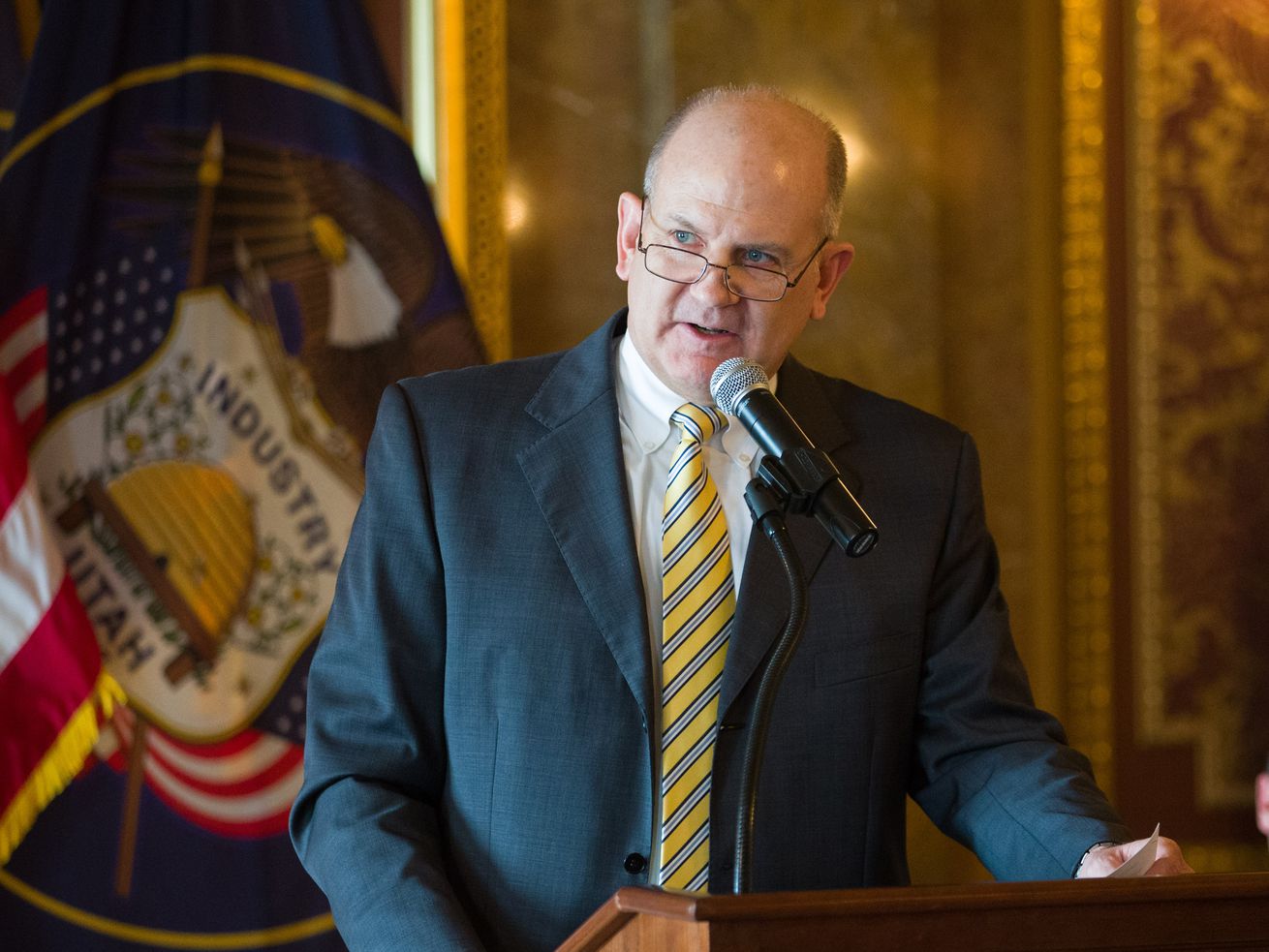 David Damschen makes a few remarks after being sworn in as state treasurer by Utah Supreme Court Justice John Pearce inside the Gold Room at the Capitol on Wednesday, Jan. 13, 2016. | Scott G Winterton, Deseret News

The award is presented to “a dedicated and committed public servant whose outstanding career in government has provided a respected voice for NAST at all levels of government.”

Damschen served as the 2019 president of the organization, a bipartisan association comprised of state treasurers and state finance officials with comparable responsibilities.

Damschen has served in numerous other capacities for the organization, including his current role on the executive committee and his previous service as senior vice president and legislative committee chairman.

Without Ginsburg, judicial threats to the ACA, reproductive rights heighten

Where Biden stands on the most important issues in 2020

A 17-year-old entrepreneur made close to $500,000 in sales reselling sneakers during quarantine. Take a look inside his pandemic-proof business model.