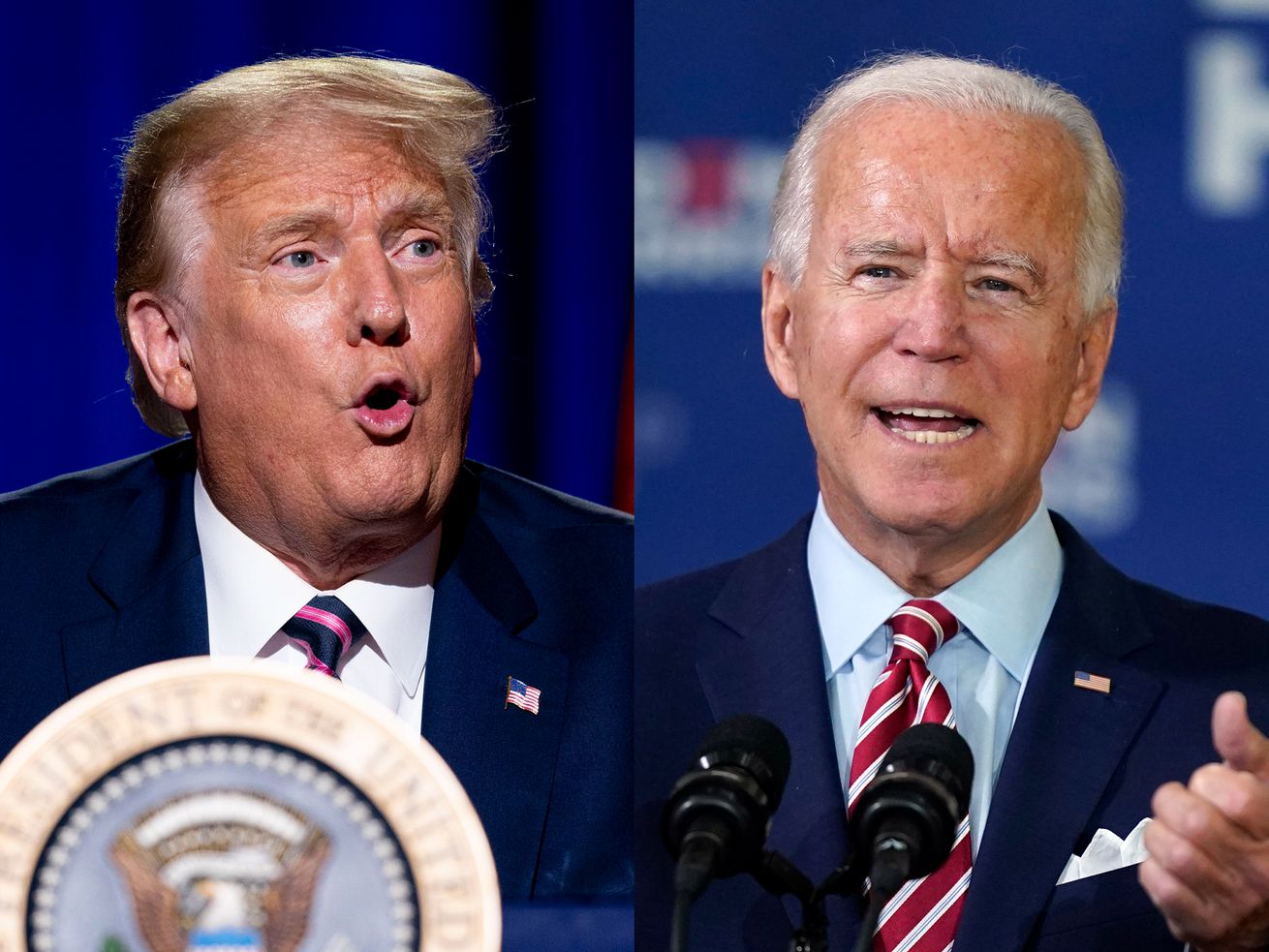 Utahns weigh in on Trump-Biden matchup, president’s approval and the pandemic

SALT LAKE CITY — President Donald Trump holds a sizable lead over former Vice President Joe Biden in Utah, a Republican-dominated state where most voters believe they’re better off since he was elected but the country is not, according to the latest Deseret News/Hinckley Institute of Politics poll.

The Republican president leads his Democratic challenger 53% to 35% among likely Utah voters in poll results released Wednesday. Just 6% said they aren’t sure who they would vote for if the November presidential election were held today, and only 6% favored other candidates on the ballot.

Even more Utahns agree they’re doing better than they were four years ago — 56% — compared to 34% who disagree and 10% who aren’t sure.

But Utahns don’t feel the same about how the United States has fared since 2016. Half say the country is not better off, while 42% say it is and 8% aren’t sure.

The poll was conducted by pollster Scott Rasmussen for the Deseret News and the University of Utah’s Hinckley Institute of Politics Sept. 7-12 of 1,000 likely Utah voters and has a margin of error of plus or minus 3.1 percentage points.

“For most people in Utah, the current experience is, ‘We’re doing OK, but when I look at what’s happening in the country, look at where it’s going and think about what it means for the future, for the next generation, there’s a lot of problems out there,’” Rasmussen said. “They’re troubled. They’re concerned.”

Inside the newsroom: Is the media really trying to drive Utah’s governor and lieutenant governor apart?

Who gets the blame differs depending on their political tilt, he said.

“Some people would say by definition, because Donald Trump is president, the country is worse off,” Rasmussen said, likely including the 90% of Utah Democrats polled who say the United States was doing better four years ago. “Some would say there’s violence in the states being perpetrated by people who hate America.”

The president shouldn’t get all the credit for the much more positive view Utahns have of their own situation, he said.

“I’m not sure it’s a conscious thought. It’s not, ‘Huh. I’m better off. Donald Trump is doing a good job. Thank you, President Trump,’” the pollster said. “I believe, especially in a Republican leaning state, there are people who feel better off simply because they feel they’re being heard a little bit more than they were four years ago.”

ESPN+: All your questions answered about ESPN’s streaming service

Colleges thought they could manage financially in the pandemic. Dropping enrollment rates and COVID-19 outbreaks cropping up on campuses suggest they’re wrong.