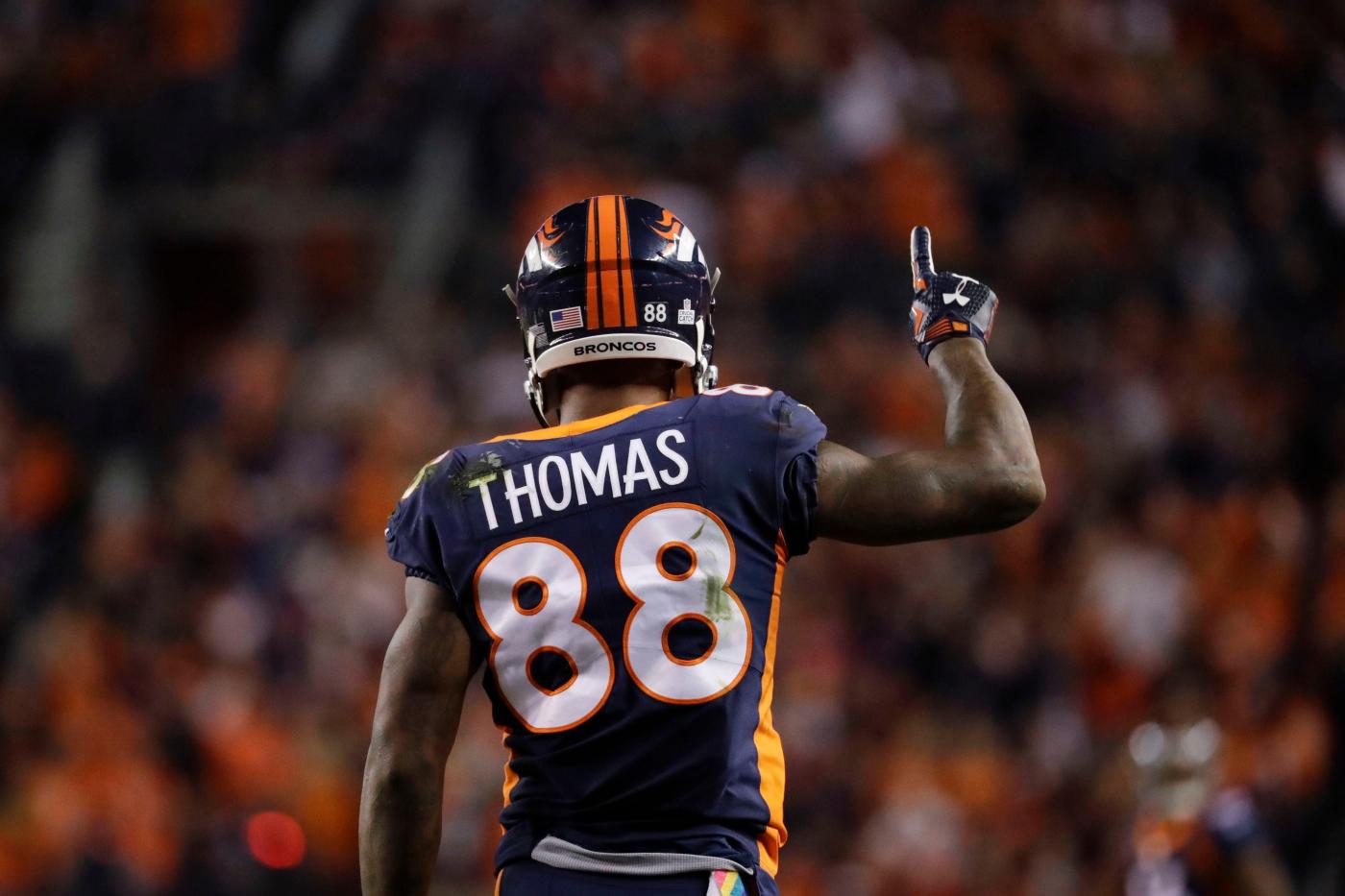 Thomas’ death in December 2021 at age 33 stunned NFL fans who watched the longtime Denver Broncos receiver for 10 years in the league. Thomas was 16 days shy of his 34th birthday.

A cousin suspected that Thomas died from a seizure in the shower at his home in Roswell, Ga. The family said Thomas began suffering seizures after a violent 2019 car crash.

“It is unknown whether Mr. Thomas’ seizure disorder is a result of natural causes or a sequela of head impacts incurred during his career as a professional football player and the reviewed medical records do not include an etiology for Mr. Thomas’ seizures,” the Fulton County, Ga., coroner wrote in the autopsy, according to the Denver Post.

Last month, Thomas’ family revealed that he had stage 2 CTE when he died. The chronic brain disease, which can lead to depression and dementia, has been found in more than 300 former NFL players. The disease can only be diagnosed posthumously.

“Once I became aware of CTE and began to familiarize myself with the symptoms, I noticed that Demaryius was isolating himself and I saw other changes in him,” said Katina Smith, Thomas’ mother.

While CTE is associated with mood swings and other brain issues, “CTE itself does not cause death. You don’t die from CTE. What CTE does is it changes your behavior and your personality,” said Dr. Ann McKee, leader of Boston University’s cutting edge research center on the disease. McKee said it was unlikely the seizures were caused by CTE.

In addition to his eight years with the Broncos, Thomas played for the Houston Texans and New York Jets. He had officially retired from football just months before his death.

Bill Madden: What a difference a month has made for the Mets and Yankees