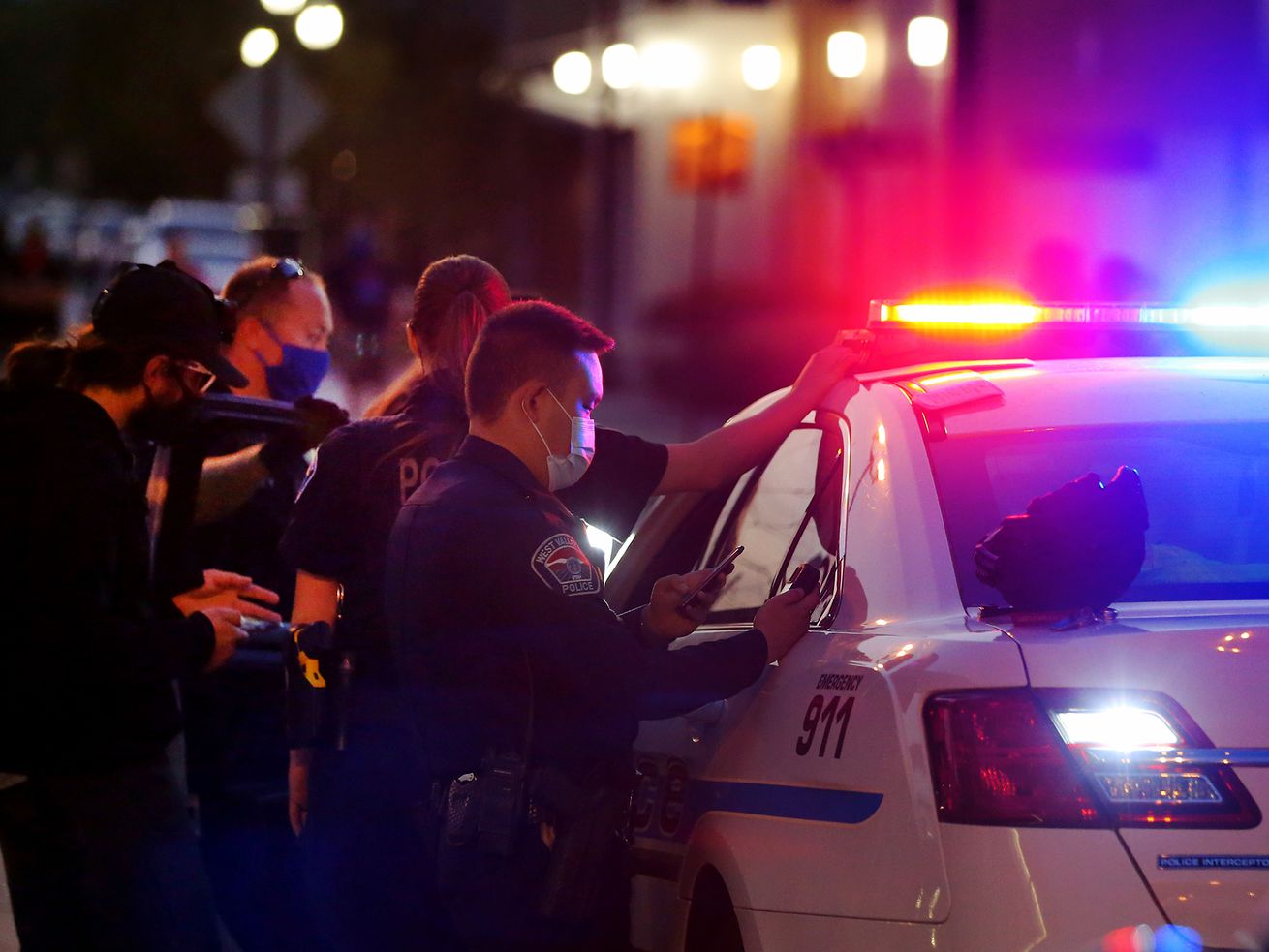 WEST VALLEY CITY — Police are investigating a confrontation at a protest that sent one man to the hospital after a brief clash between two groups outside the West Valley City Police Department Wednesday night.

West Valley police on Twitter said a protest organized by Black Lives Matter took place outside the department, and by 6:30 p.m., about 50 people “had assembled, which included protestors and counter protestors.”

The event was held to protest the fatal shooting of Damien Evans. The 38-year-old was killed as he ran from members of the U.S. Marshals Fugitive Apprehension Team in Salt Lake City two weeks ago. Officers involved in the incident included officers from West Valley and Adult Probation and Parole. Officials said they were attempting to take Evans into custody for parole violations when he ran from them and was shot.

At 6:30 p.m., police observed protesters and a handful of counterprotesters, according to the Twitter account. Evans’ mother and sister spoke at the rally, which was peaceful until shortly after 7 p.m.

“At approximately 7:10 p.m., a confrontation occurred between the two groups, which included pushing,” according to the tweets from police. “At one point, an individual appeared to spray others with an aerosol spray. It is reported that the same person brandished a weapon.”

Police looked at video from some of those in attendance, and then began collecting witness statements. One man was transported to a hospital after being sprayed with either pepper spray or mace.

Trump's reported $750 tax bill is smaller than the average payment for an American household making $20,000 a year

“At this time, it appears the suspect in the case will face multiple assault charges,” police said on Twitter.

The top 9 shows on Netflix this week, from ‘Get Organized’ to ‘Away’