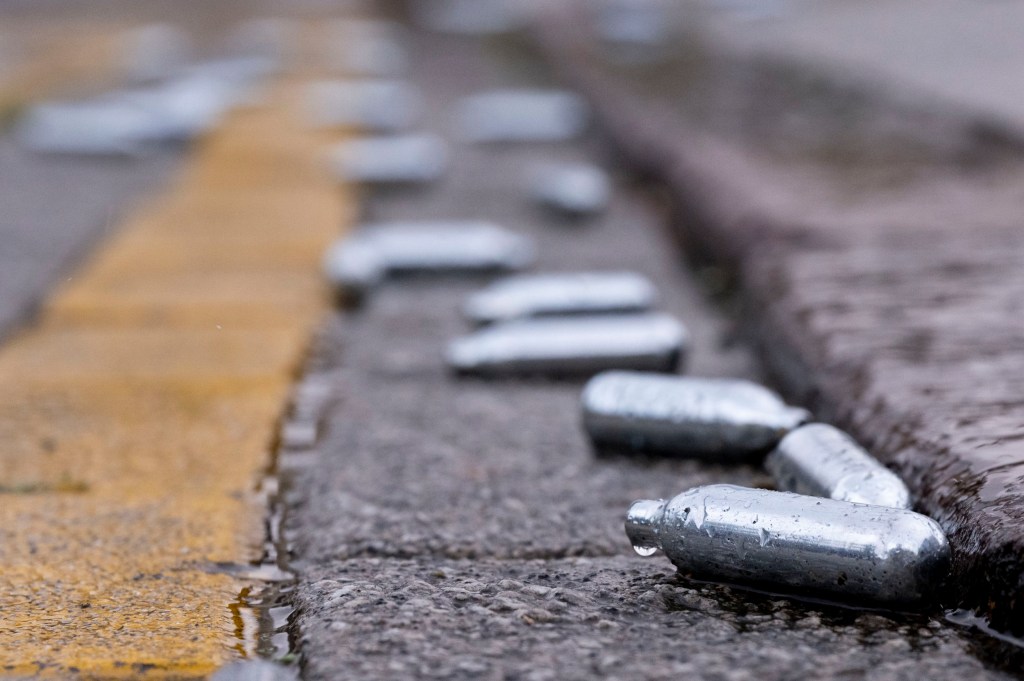 More people who use laughing gas are ending up with spinal injuries and nerve damage, doctors have warned.

Experts are worried about the rising number of patients coming to them with severe side effects after taking nitrous oxide.

‘But this year we’ve had several people who literally can’t walk at all when they come to hospital’, he added.

Dr Noyce is so concerned that he is working on national guidance for other medical professionals to use across the country.

Liam, 33, from Essex, has described how drastically his life was impacted when he became addicted to laughing gas – also known as NOS or balloons.

He said: ‘I was addicted to them. They were sold at £5 a balloon, but no one knew the risks, they were very understated as a drug.

‘I was running around playing football, but my legs were just weak, but I didn’t realise it was the balloons.

Experts are worried about the rising number of patients (Picture: Getty)

‘I had pins and needles in my hands, and tingling. I used to feel ill and sick. I had days where I couldn’t eat, it felt like you were bloated with gas.

‘Since I’ve stopped using, I’ve noticed a big increase in my energy and mood.’

Kerry Donaldson, 25, started inhaling nitrous oxide in 2017 and became addicted to it over the years. Now, she is now unable to walk, eat or wash herself.

She said: ‘I was using them for three days and then I’d be vomiting for the next few days.

‘I wouldn’t be able to drink water or eat anything. I’d be sick and sleep for like 12 hours, I was unable to do much.

The Londoner eventually started losing feeling in her hands and legs and was taken to hospital multiple times.

Doctors found a slipped disc and nerve damage, which has left her unable to walk.

Medical students at Queen Mary University have launched a campaign – N20: Know The Risks – to try to highlight the dangers of the drug.

Fourth year medical student Devan Main, who is leading the campaign, said: ‘We want to empower people with the knowledge of the risks of nitrous oxide to inform them if faced with the decision to take balloons.’

What is nitrous oxide (NOS)?

Nitrous oxide is a gas legally used in medicine and catering.