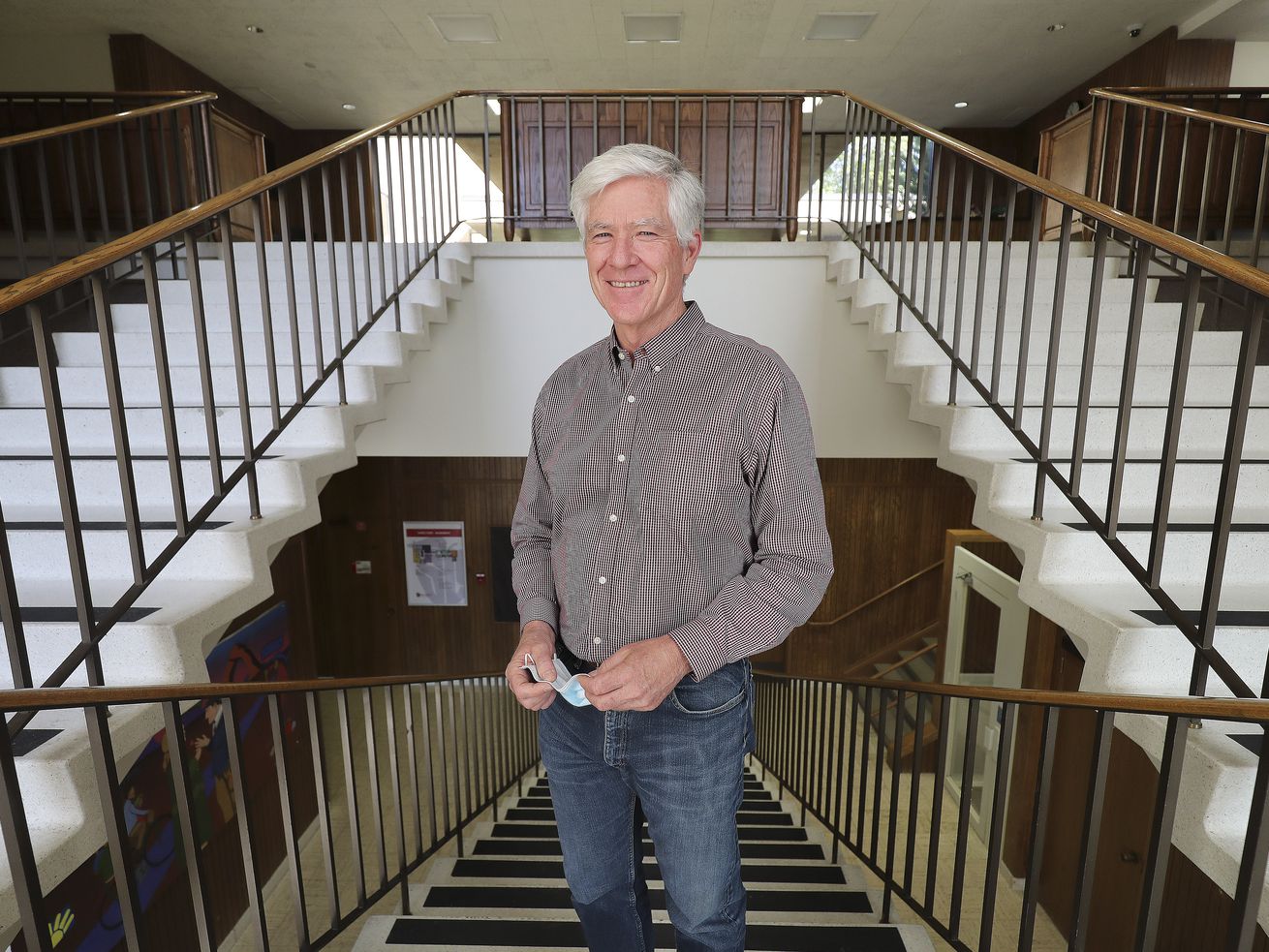 It’s why Madden, who earned a degree in geology and worked in oil exploration in the Mountain West early on in his professional career, became a junior high science teacher.

“I was just more interested in doing something that involved people,” he said.

Madden, who grew up in the San Francisco Bay area, relocated from Denver to Utah to teach school.

“We moved to Salt Lake only because my wife’s brother was here. Then, I just kind of grew into it. I was really lucky. I found some great mentors along the way, or they found me. I don’t know how it worked. … Some of those people were really huge, huge factors in my embracing the work, trying to do it well and finding the joy in it.”

Educators have an opportunity to “change the trajectory” of students’ lives for the positive, Madden said.

“I’m still friends with students that are way into adulthood now that I met along the way. It makes me feel pretty good. It’s not like I’ve done anything amazing, it’s just human interactions and trying to help people navigate what can be a really, really hard world for some kids,” he said.

Those connections are one compelling reason that Salt Lake students need to eventually return to the classrooms for in-person learning, but not until it’s safe, he said.

For now, the Salt Lake students will start the school year solely via distance learning. Educators will teach “live” with students using videoconferencing technologies. Students will learn online at the same time and older student will self-direct some of their learning.

School was scheduled to start on Sept. 8, but that plan was scuttled after hurricane-force winds blasted northern Utah resulting in damage to vehicles and structures, thousands of uprooted trees and lingering power outages.

Even though most Salt Lake schools had power by the end of the week, tens of thousands of households did not, which meant students could not participate in lessons.

After calling off school three days in a row, Madden announced on Thursday that school would resume on Monday.

Madden said administrators will regularly review COVID-19 infection rates prior to each grading period to determine if a shift to hybrid instruction or full-time in-person learning is feasible.

“We’ll talk about where we are. We’ll also have some data to look at it relative to how it’s gone in other school districts. And then, we’ll make the decision again for the next grading period,” he said.

“Ideally, we get kids back at schools. I think that’s where we all want to be but we also want to do it safely.” — Larry Madden, interim superintendent of the …read more

Tucker Carlson: “Every story” about George Floyd and Breonna Taylor has “at its core” been “a lie”

Financial services advertisers are emphasizing online banking during the pandemic