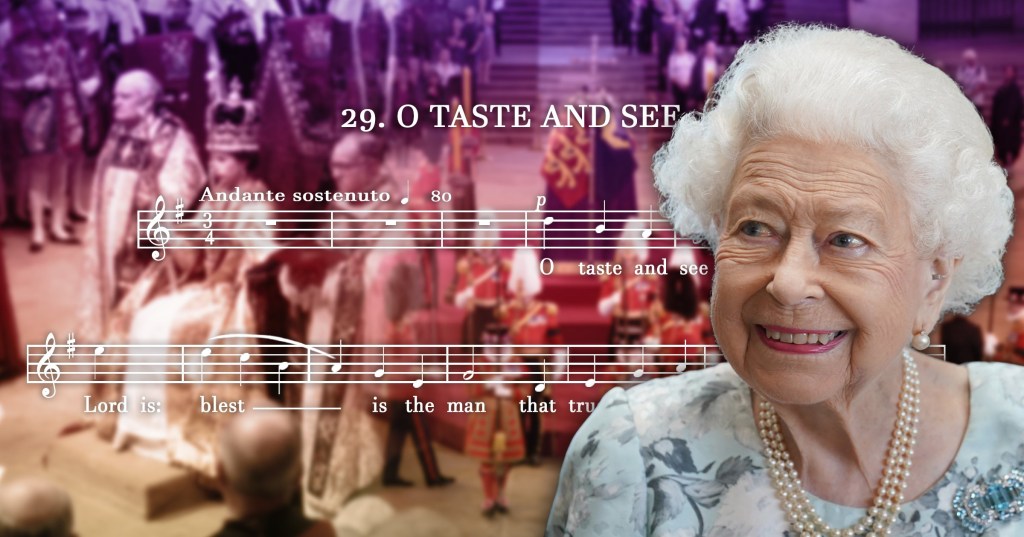 The nation is invited to join in singing the Queen’s favourite hymns during the funeral service (Picture: Getty/Metro)

The Queen’s funeral congregation, made up of royals, dignitaries and world leaders will all stand to sing a very familiar hymn during the historic service.

‘The Lord’s My Shepherd, I’ll Not Want’ has a special significance for the Royal Family, particularly so for the late monarch.

It was sung at the Queen’s wedding when the 21-year-old Princess Elizabeth married the Duke of Edinburgh in the same abbey in 1947.

And it was sung at her father King George VI’s funeral in St George’s Chapel in 1952, but with slightly different wording.

Many people watching at home may also recognise the hymn as the iconic theme from The Vicar of Dibley.

If you would like to sing along, watch out for the moment Liz Truss gets up to read a verse from the Bible.

It will immediately follow the end of the Prime Minister’s reading.

The Lord’s my Shepherd, I’ll not want

The Lord’s my Shepherd, I’ll not want;
He makes me down to lie
In pastures green; He leadeth me
The quiet waters by.

My soul He doth restore again,
And me to walk doth make
Within the paths of righteousness,
E’en for His own name’s sake.

Yea, though I walk in death’s dark vale,
Yet will I fear no ill;
For Thou art with me, and Thy rod
And staff me comfort still.

My table Thou hast furnished
In presence of my foes;
My head Thou dost with oil anoint,
And my cup overflows.

Goodness and mercy all my life
Shall surely follow me,
And in God’s house forevermore
My dwelling-place shall be.

There is also special meaning behind the psalm ‘O Taste and see how gracious the Lord is’, which was composed for the Queen’s coronation and will be sung by the choir in Westminster Abbey.

For the private service at Windsor Castle, the choir will sing The Russian Contakion of the Departed, which was also sung at Prince Philip’s funeral.

Guests and officials begin to take their seats before the Queen’s funeral (Picture: Reuters)

Funeral guests queue up before the historic service (Picture: Getty)

People wait along the route the Queen’s coffin will take (Picture: Getty)

Keir Starmer was among the scores of politicians arriving at Westminster Abbey before the historic service (Picture: Reuters)

Hundreds of world leaders, dignitaries and royals are taking the seats inside the Abbey (Picture: Getty Images)