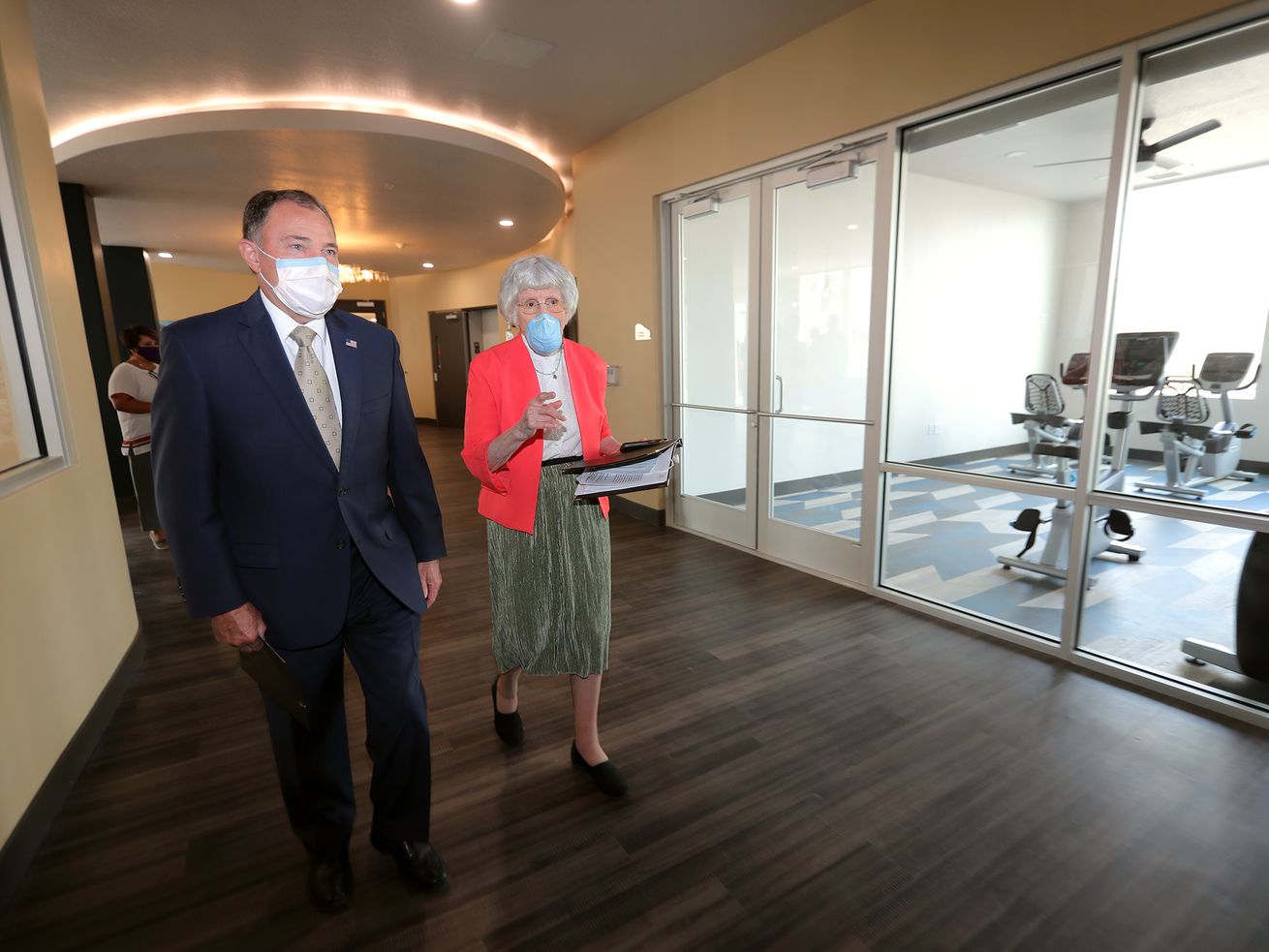 SALT LAKE CITY — As she opened the new supporting housing complex named in her honor, cutting a celebratory ribbon and hearing her virtues extolled by the likes of Utah’s governor, longtime homeless advocate Pamela Atkinson insisted the day be focused on the people the building will help — her friends.

“This really isn’t about me,” she said. “I just want to focus for a little bit on the people who are going to be living here, the people for whom this building came to fruition. And that’s our homeless friends and our low-income friends.”

The newly finished Pamela’s Place Apartments, located at 525 S. 500 West, is a five-story facility that will function as a permanent supportive housing complex for those in need, with a specific focus on helping people with disabilities.

To celebrate the building’s opening, officials held a ribbon-cutting ceremony in the lobby Tuesday, introducing the facility to media and the public.

Atkinson was chosen as the building’s namesake in recognition of her years of humanitarian service and advocacy for the city’s homeless population. Comparing her to Mother Teresa, Herbert praised her caring and generous nature.

“When Jesus said in the New Testament, ‘Love your neighbor as yourself,’ Pamela not only understands the words, but she in fact shows that by her actions,” he said. “She does love her neighbors as herself and does everything she can to help improve their situation.”

The housing itself consists of 100 units and will provide indefinite shelter to Salt Lake City’s homeless population. The “permanent” label “doesn’t mean people live here forever,” explained Daniel Nackerman, the executive director of the Housing Authority of Salt Lake City, during the ceremony, “but it does mean they don’t have to worry about being evicted or displaced.”

Ninety-five of the units are for persons with disabilities, 10 are for the physically handicapped and five are for the homeless or nearly homeless.

In addition to the housing, the complex will offer a bevy of services to its tenants, including counseling, mental health services, physical health services and access to a psychiatrist — which Nackerman called “super unusual” for such facilities.

The building will have a clinic on its first floor run by Sacred Circle Healthcare, which is owned and operated by the Confederated Tribes of the Goshute Reservation.

“Some of the magical part of the funding is actually the Confederated Tribes of the Goshute Reservation,” …read more

Why Trump could possibly end up “behind bars” if he loses