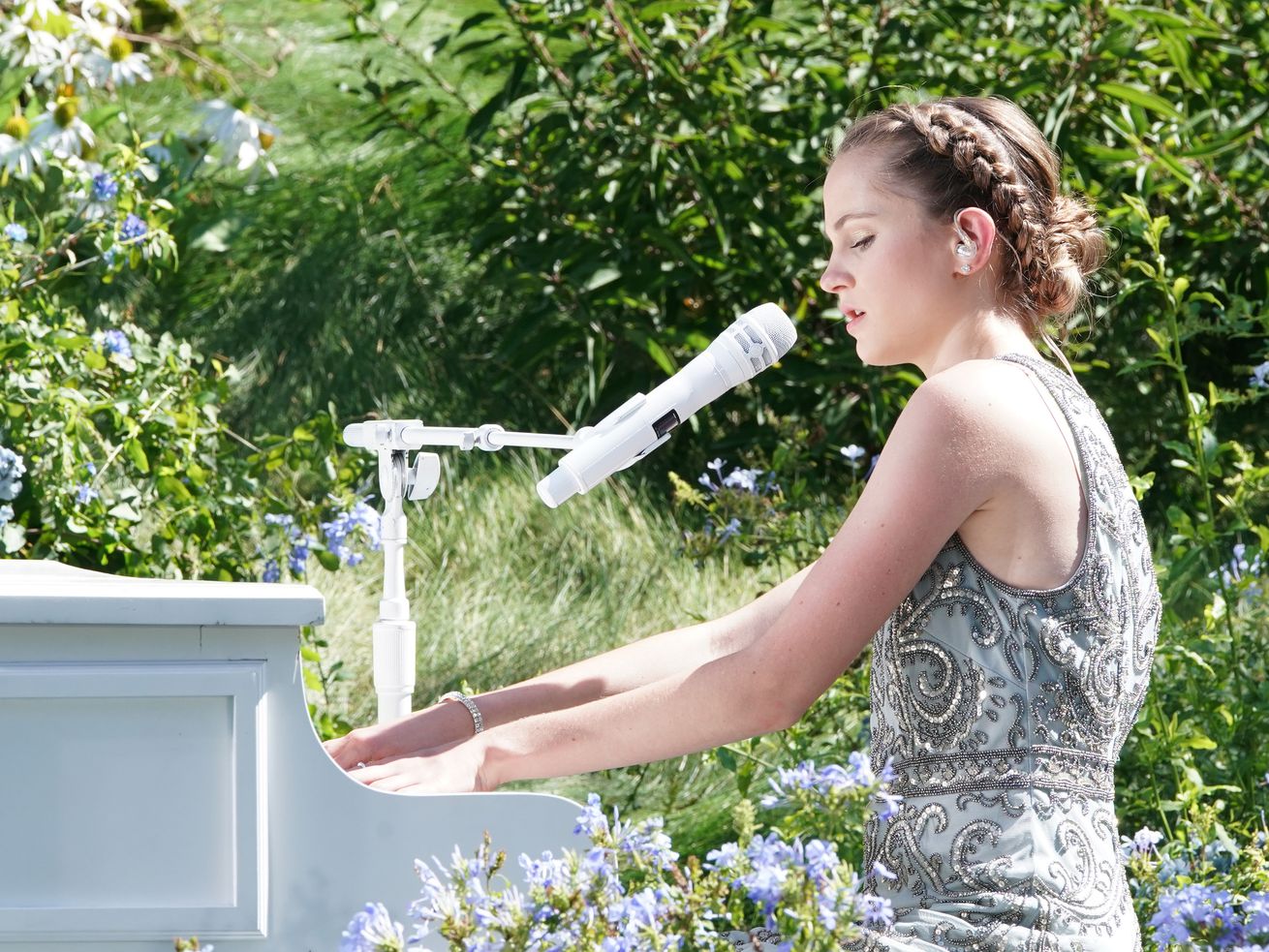 Kenadi Dodds is pictured during the quarterfinal round of “AGT.” The 15-year-old singer from Logan competes on the show’s semifinal round Tuesday night. | Chris Haston, NBC

Each time she takes the ‘AGT’ stage, Kenadi thinks of all that has gone into getting to that moment

She hopes that absence will extend for just a little bit longer, though. It would mean her daughter made it to the top 10 of “America’s Got Talent.”

Kenadi — who was one of the last contestants to audition before “AGT” shut down production in March — went to Los Angeles last month to prepare for the show’s live episodes that have plowed ahead during the pandemic.

While juggling schoolwork, vocal lessons and rehearsals on the set of “AGT,” Kenadi made it past the show’s quarterfinal round earlier this month. Now, her live performance for the semifinals airs Tuesday night. And through it all, the budding country singer has been doing her best to keep her family in the loop.

Due in part to COVID-19 safety precautions, Kenadi’s mom and younger sisters have stayed behind in Logan while Kenadi and her dad navigate “AGT” territory. The entire family could’ve traveled to California, but only one guardian is allowed to be with Kenadi on set right now.

And offstage, the family of five would’ve had to cram into one hotel room — a space they could only leave to go on set.

Justin Lubin, NBC
Kenadi Dodds is pictured during her audition for “America’s Got Talent.” The 15-year-old singer from Logan competes on the show’s semifinal round Tuesday night.

Want to know how to WFH better? There’s a class for that

“They have to do the show as safely as possible and keep everyone healthy,” Brandi Dodds told the Deseret News in a recent phone interview. “It just wasn’t practical at all for us, but I feel like ‘AGT’ has done such a great job of including the family. … Even though it’s Kenadi’s talents and her music, it really has been a family journey.”

A couple of weeks ago, during the show’s quarterfinal round, Kenadi performed a song she recently wrote for her 9-year-old sister, Alexis. Called “Dancing Through the Stars,” the ballad celebrates Kenadi’s relationship with her sister, who, like most members of Kenadi’s immediate family, has the eye disease retinitis pigmentosa.

Before the performance, “AGT” set up a special video chat between Kenadi and Alexis. During the call, which aired Sept. 1 on “AGT,” Kenadi surprised her sister with the news that she’d be performing the song on national television.

“I’m just really proud of how that song came out,” Kenadi said. “It was a tribute to my sister, and she was really excited about it. That was all worth it for me that I got to take that moment to highlight her and thank her for being me with me all throughout my journey.”

Costco’s founder once told the company’s current CEO, ‘if you raise the [price of the] effing hot dog, I will kill you,’