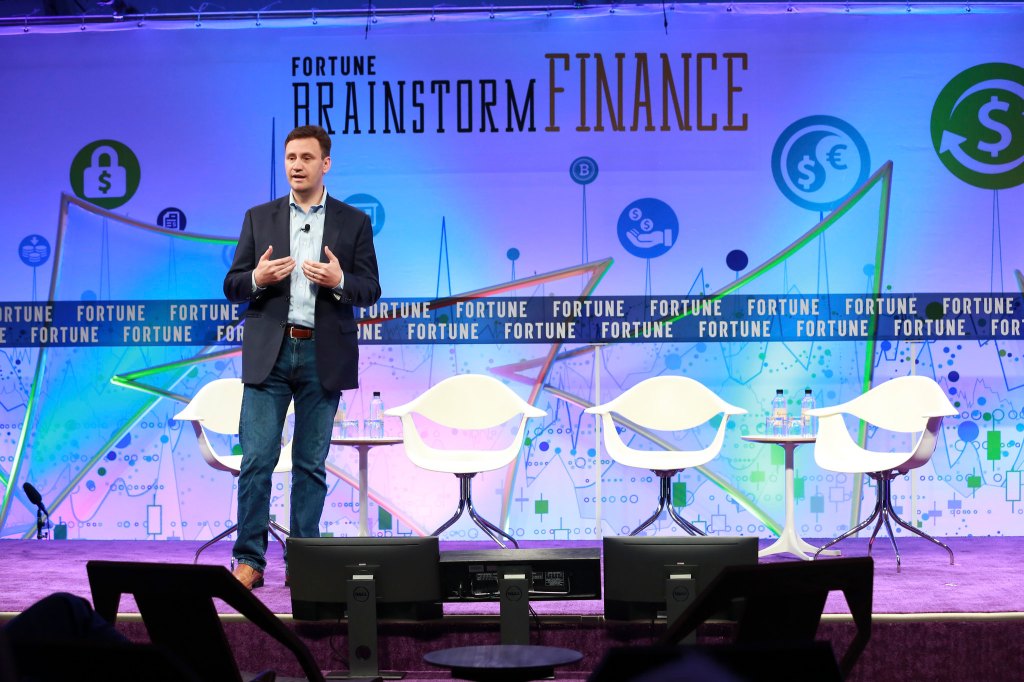 Having just finished a wonky panel discussion at Columbia Business School, Andrei Cherny is enjoying a slightly trashy Tex-Mex dinner at a local college dive. The topic of the b-school event was the future of fintech and banking, which are paradoxically intimately related and worlds apart.

Banks, beset with myriad balance sheet issues following the financial crash, were slow to innovate elsewhere. That gave rise to a fintech boom of startups that behave like banks while doing everything in their power to avoid being regulated like them. In the Q&A session following his Columbia talk, a student had asked if Cherny was worried that Big Tech would buy fintech, or even buy banks somehow.

I ask him that again: the company he founded in 2014, Aspiration, wants the brand to communicate more than online banking and investing (which just happens to be its bread-and-butter). It bills itself as being built on high-minded ambitions for what spending, saving, and investing can be: conscientious capitalism that’s environmental, anti-gun, fair, accessible, and transparent. Maybe too transparent. Isn’t Aspiration eminently (even imminently) copyable?

“I think about Southwest Airlines,” he says. “It debuted as something totally new: no first class, no seat assignments, all the jokes and warmth and personality. Do you remember that the big airlines tried to copy it? United had Ted and Delta had Song. They failed because they went for the market without going for the mission.”

His answer is both blithe and biting. Cherny believes banks lack a mission, and that, as much as anything, will lead to their downfall.

Maybe so, but what’s freaking bank executives out these days is how to survive in a world of low interest rates. On Tuesday, Wells Fargo reported an eye-popping 11% quarterly drop in net interest income—the fees part of the business that for years had been a huge profit driver. Every time the Federal Reserve moves to lower interest rates, banks like Wells Fargo feel it.

Aspiration’s business model is far less dependent upon fees, which benefits the startup and its customers. The company’s 1.5 million users are saving, on average, $545 a year in fees—a bottom-line calculation that may speak as much to their financial acumen as it does to their altruistic instincts.

“We’re not for everyone”

But before the conversation can get swept away by Silicon Valley’s unofficial motto—Will it scale?—Cherny pivots with the practiced polish of his pedigree (a Harvard grad who became the youngest speechwriter in White House history under President Clinton, and, later, a kind of speech whisperer among the Democratic elite) and spins a yarn of a workaday anecdote: his wife recently forgot to pay their kid’s piano teacher. Could the next payment just be doubled? No, the piano teacher insisted; like 78% of working Americans, she was living paycheck-to-paycheck.

Cherny paid some piano lessons forward, but sighs in his retelling: “Most Americans are forgotten Americans. Why isn’t her bank there for her when she needs it?”

Though CCPA Is Now Live, Questions About Its Constitutionality Linger