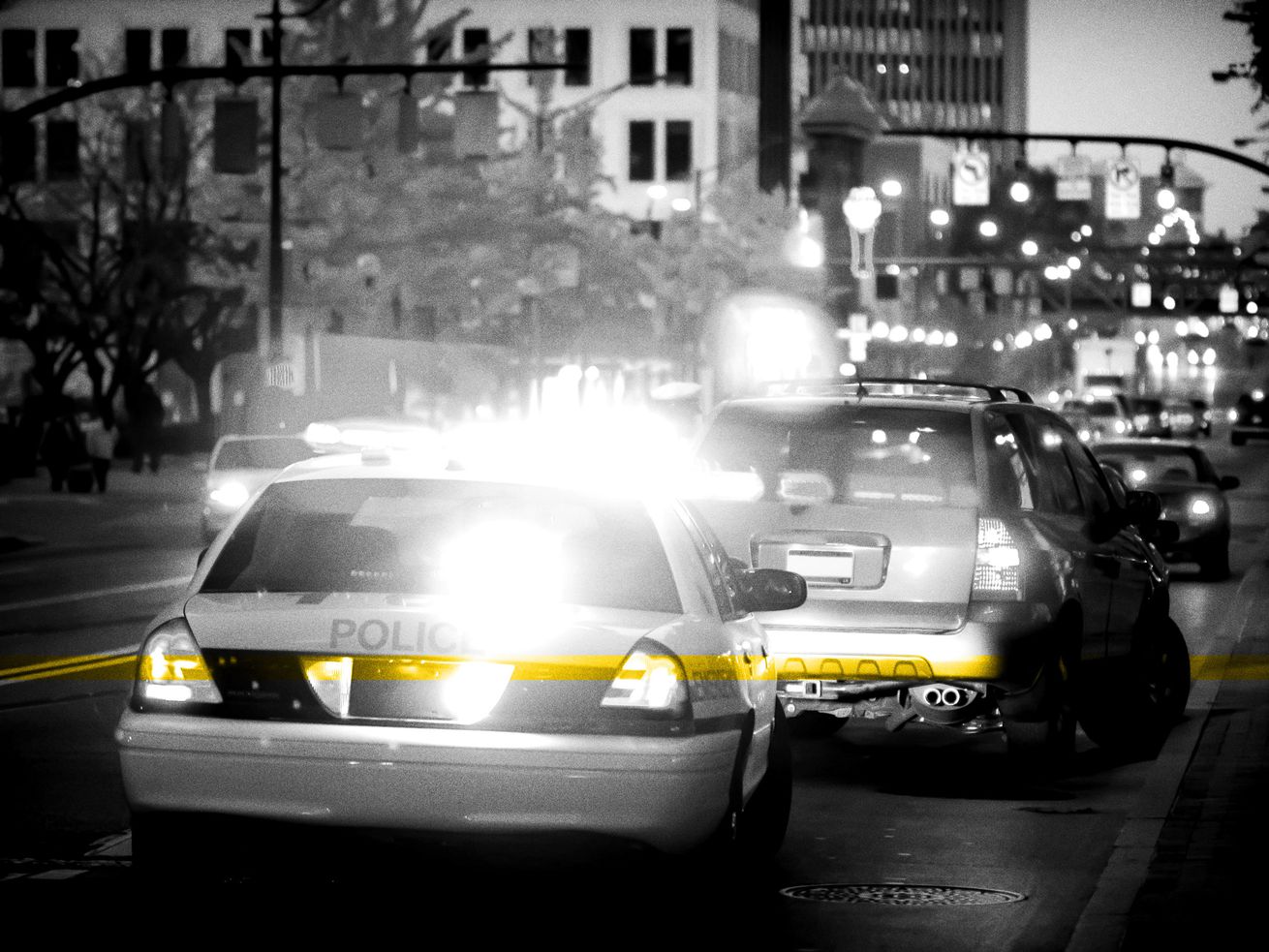 AMERICAN FORK — A Lehi man is being investigated for six counts of attempted murder after he allegedly intentionally drove on sidewalks, nearly hitting several pedestrians.

Police also say he drove through a cemetery where a funeral was in progress over the weekend.

No serious injuries were reported.

Shane Andrew Johnson, 55, was arrested Saturday for investigation of six counts of attempted murder and failing to stop at the command of police.

The wild string of events began when emergency dispatchers in American Fork started receiving several 911 calls reporting that a driver was “trying to intentionally hit other vehicles and intentionally driving into oncoming traffic,” according to a police affidavit. When officers spotted the vehicle, Johnson immediately fled, the affidavit states.

“During the pursuit, the driver continued to drive erratically by driving into oncoming traffic, over parking lot curbs, grassy areas belonging to businesses, through a city park, (and) through a cemetery with an active funeral,” according to the affidavit,

At one point, the vehicle went onto a sidewalk and nearly hit a man who “was forced to quickly move out of the way into the road to avoid being hit,” the affidavit states.

Police then terminated the chase due to public safety concerns, according to the affidavit.

A short time later, the vehicle was spotted again on Main Street in American Fork and other officers began chase. As the vehicle approached several businesses, including one that had tables set up in front and two employees and three customers standing near them, the driver turned onto the sidewalk, according to the affidavit.

“(Johnson) intentionally left Main Street and drove onto the sidewalk in front of these businesses — which were open at the time — at a rate of 30-40 mph toward the five citizens outside. Four of the five individuals saw the vehicle coming and had to quickly jump and/or move out of the way to avoid being hit. The fifth individual was luckily just out of the way of the vehicle and did not know what was happening until the vehicle passed her. The vehicle struck the tables and propelled one of the tables into one of the employees, partially pinning her against the store. Luckily, none of the five individuals were struck by the vehicle,” the affidavit states.

The driver was identified as Johnson, who was eventually taken into custody.

After he was arrested, Johnson “admitted to hitting the tables in front of the businesses on Main Street, admitted he ‘knew what (he) was doing’ and that he was a ‘professional driver.’ Johnson also admitted to being involved in a motorcycle pursuit last night with another agency in Utah County and stated the pursuit was ‘fun,’” according to the affidavit.

Police noted that Johnson “has a lengthy criminal history” and “also has past issues with mental health,” the affidavit said.

A supercomputer found a promising theory about why COVID-19 cases go downhill fast. It even explains the bizarre range of symptoms.