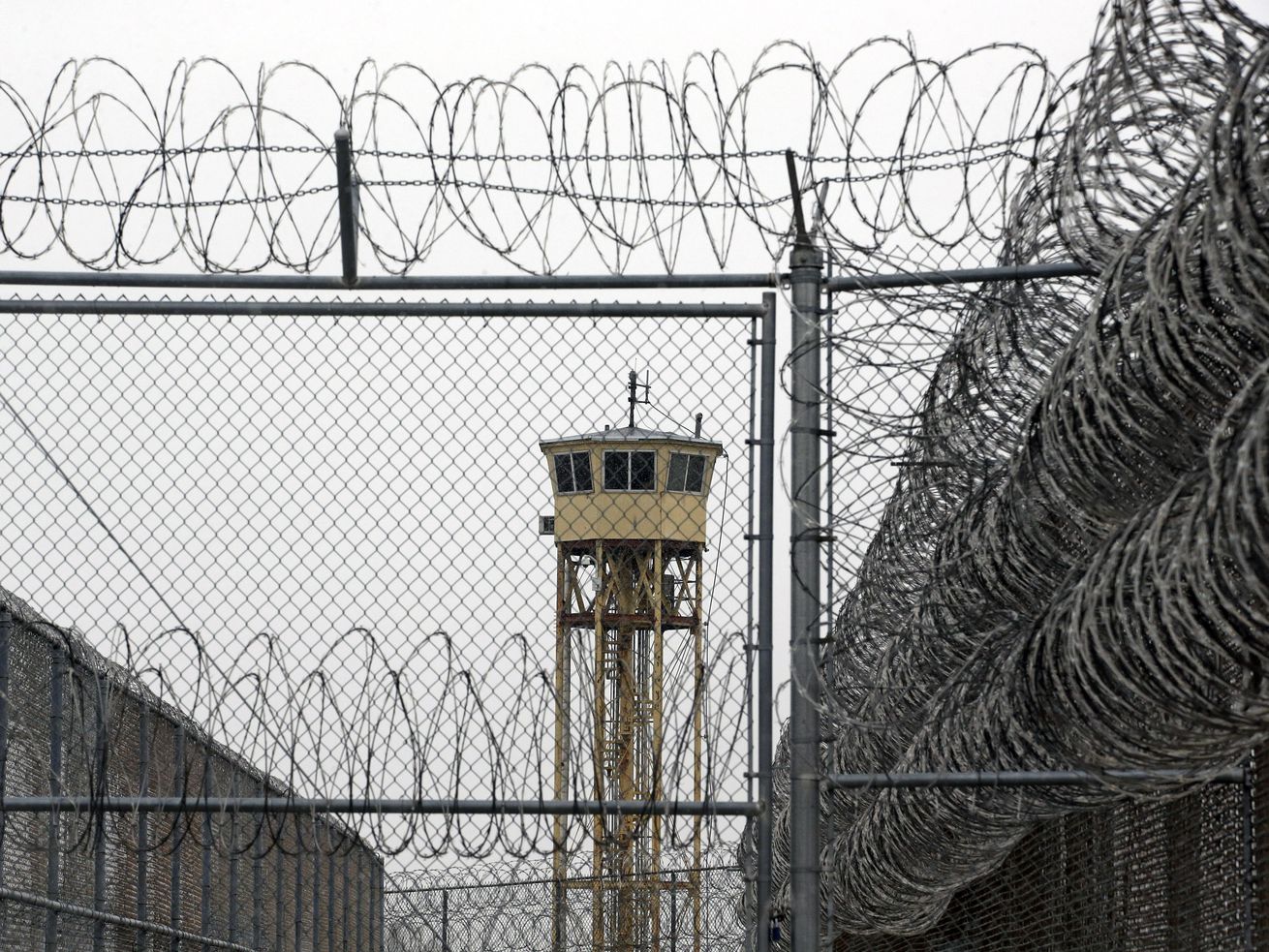 A watchtower at the Utah State Prison in Draper. | AP

UTAH STATE PRISON — Four years ago, Erik Dair Harding, of Lehi, planted a pipe bomb in his father’s SUV with the hope of killing him so he could collect financial aid and go to the college he wanted to, according to police.

The father, however, survived, and Harding was arrested, convicted and sentenced to prison.

But Weston Harding had only empathy and forgiveness for his son during his first parole hearing.

“He was forgiven from the very moment. My greatest interest is in his well-being and his progression,” Harding told the parole board.

On Aug. 10, 2016, the air bags in Weston Harding’s SUV went off without any explanation. Investigators soon discovered the remnants of a pipe bomb under the driver’s seat, according to a police affidavit.

When asked who might have a grudge against him, Harding told police his youngest son had recently expressed he was upset for “raising him in a church that wasn’t true,” and that his son had been “reclusive,” spending all his free time on his computer where he was “passionately working” toward getting accepted into a college in the Midwest, according to the affidavit.

But police say Erik Harding was also upset with his parents because they couldn’t afford that school.

The pipe bomb destroyed the SUV and injured Weston Harding, according to charging documents. His injuries were not life-threatening. The failed murder attempt prompted Erik Harding to build a second pipe bomb, which he detonated on Aug. 15, 2016, in an unsuccessful effort to take his own life, the charges state.

On Aug. 26, 2016, police interviewed Erik Harding who admitted he had looked up instructions on how to build a pipe bomb on the internet. Then, “after realizing that he wouldn’t have the money that he desperately needed” to attend the college he wanted, he built a pipe bomb that he put under his dad’s car seat “hoping to kill his dad so that he could claim zero income on his federal financial aid application,” the charges state.

A year later, Harding was convicted of attempted murder, a first-degree felony, and attempted recklessness of an incendiary device, a second-degree felony. He was ordered to serve at least three years and up to life in prison.

On Sept. 1, Erik Harding, now 22, appeared before a member of the parole board for the first time. Despite the seriousness of the crime, his family wrote letters to the board and showed up at the hearing to show their support for him.

“The greatest impact (over the past four years) has been that of a broken heart of a father. And not for my sake, but to see the poor choice my son had made and the consequences that he would have to live with in going through this,” Weston Harding said in a recording of the hearing.

A government agency just warned this week’s West Coast wildfires could spark a financial crisis. A top economist thinks the effects could linger for years.

Trump said he’s ‘done more in 47 months as president’ than Joe Biden has over the years, but he’s only been in office for 45 months