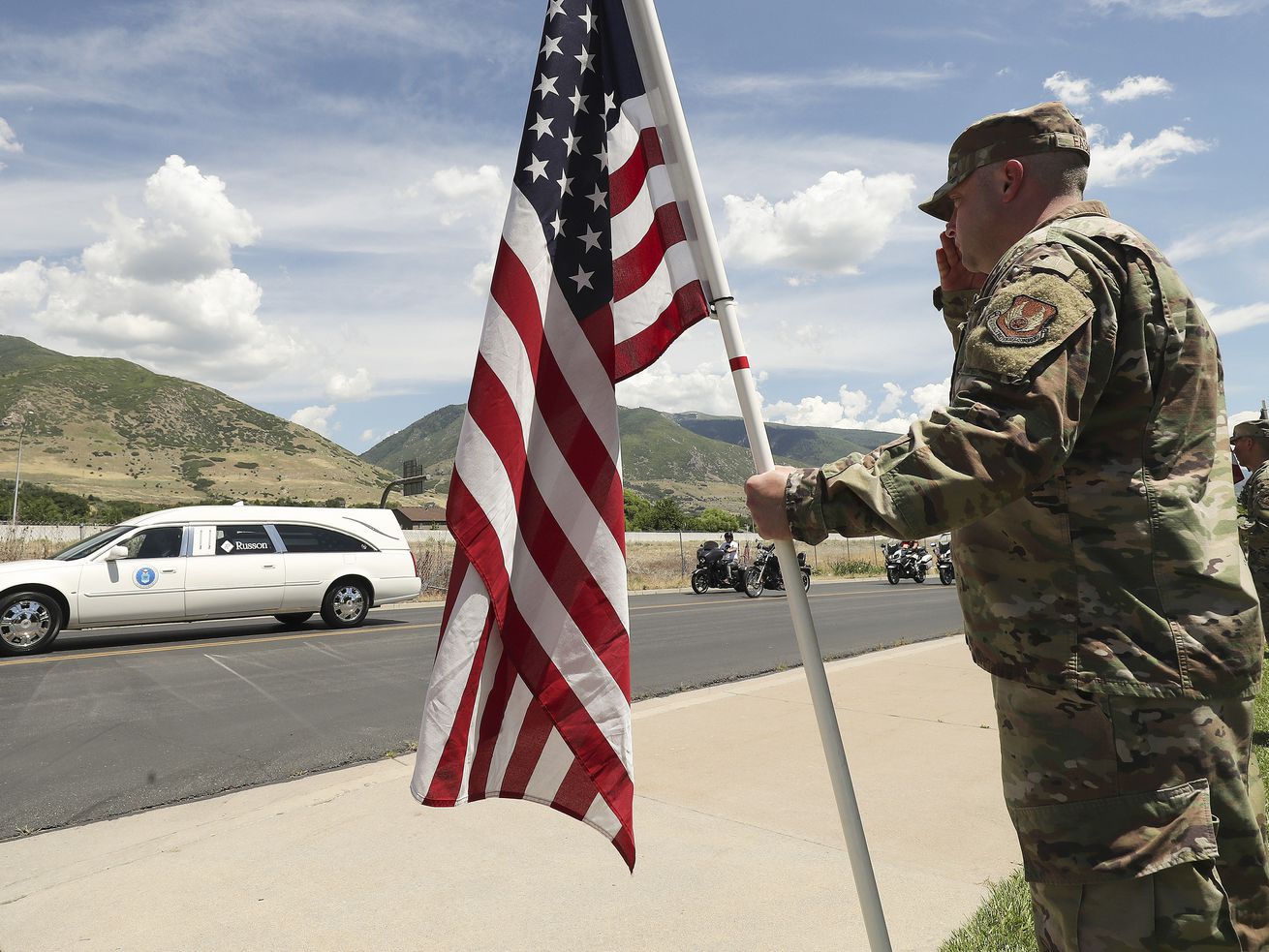 Tech Sgt. Joseph Easley salutes as a hearse carrying the body of U.S. Air Force 1st Lt. Kenneth “Kage” Allen drives by Heritage Park in Farmington on Friday. Allen, a fighter pilot, died after crashing off the coast of northern England during a training exercise on June 15. Allen, who is survived by his wife, Hannah, and his parents, had been based with the 48th Fighter Wing at the Royal Air Force’s Lakenheath base since February of this year. He was the assistant chief of weapons and tactics for the 493rd Fighter Squadron. Allen’s family plans to hold funeral services on Independence Day.

Trump seemed not to know what the ’19’ in COVID-19 stood for at a rally in Phoenix, where he also broke city rules by not wearing a mask