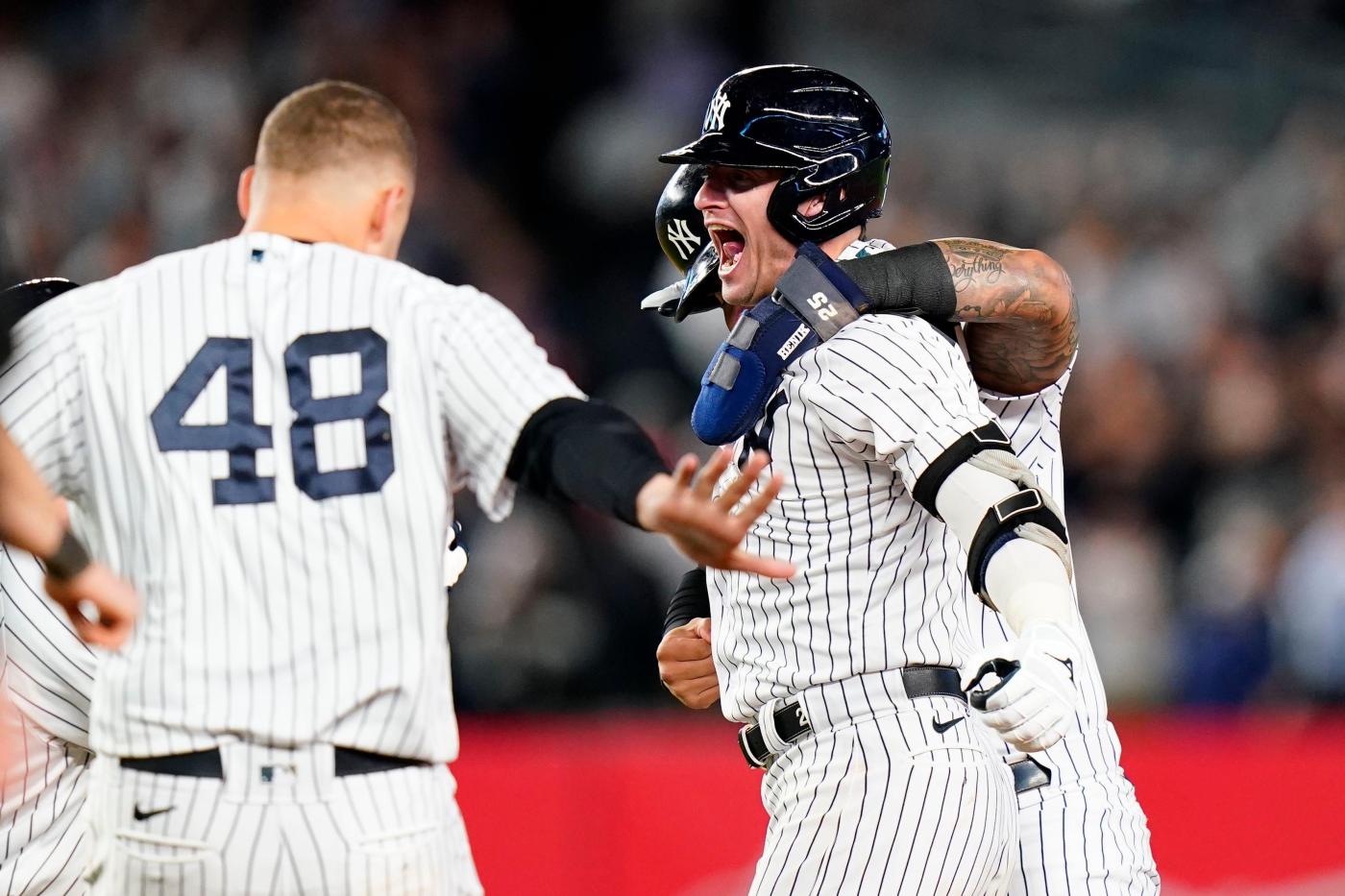 The Yankees’ clubhouse was empty when it opened after Thursday night’s game. The music, which is always on after a win, was down low with the dance lights flashing just as they have after every win this season. There was no stink champagne or beer, nothing out of the ordinary after a win, even though the Bombers had just clinched their sixth straight trip to the playoffs.

“Yeah, you never want to take it for granted. We’re in the dance and we got a chance now,” Yankees manager Aaron Boone said after the 5-4 win over the Red Sox at Yankee Stadium, which clinched the playoff spot. “Obviously we’re after the division crown but you’ve been around this game long enough and you appreciate every time you get the opportunity and we’ve punched that ticket. We got a lot more business to do here in the regular season that we want to get done, but you know, it starts a long time ago. Lot of work, a lot of blood sweat and tears to get to this point adversity highs lows. So excited we’re gonna get an opportunity now we want to go improve on that.”

The Yankees went into Friday night’s game against the Red Sox with a magic number of six, meaning any combination of six Yankees wins or Toronto losses will give them the American League East title. There is a chance they could clinch the division for the first time since 2019 this weekend at Yankee Stadium, but more likely that will happen next week in Toronto.

With the team looking forward to that celebration and the anticipation surrounding Aaron Judge being one home run shy of the American League and Yankee single-season home run record, the Yankees winning the playoff spot was largely overlooked Thursday night.

There was no champagne. No party, just a simple address as part of their normal postgame ceremony honoring the best player of the game by giving him a championship belt. Thursday night, that went to Josh Donaldson, who hit the groundball in the bottom of the 10th that walked off their 91st win of the season.

Donaldson gave a little acceptance speech acknowledging Jameson Taillon’s solid start, Judge’s solid defense on stopping a leadoff double in the top of the ninth, and the fly ball that came just four feet short of clearing the fences and giving Judge a piece of the record. He acknowledged Clay Holmes’ two scoreless innings and then added congratulations to everyone for making the playoffs.

“The last thing I said was, it’s a nice welcome back to the playoffs for the Yankees right here for all the guys,” Donaldson said. “It’s not over yet but the chance that we get that opportunity to play some postseason baseball. It’s gonna be fun.”

The Yankees scrambled to get in last season, going into the last day wondering if and where they would end up. So clinching it Thursday night with 13 games to go is a nice change, which also allows them to …read more