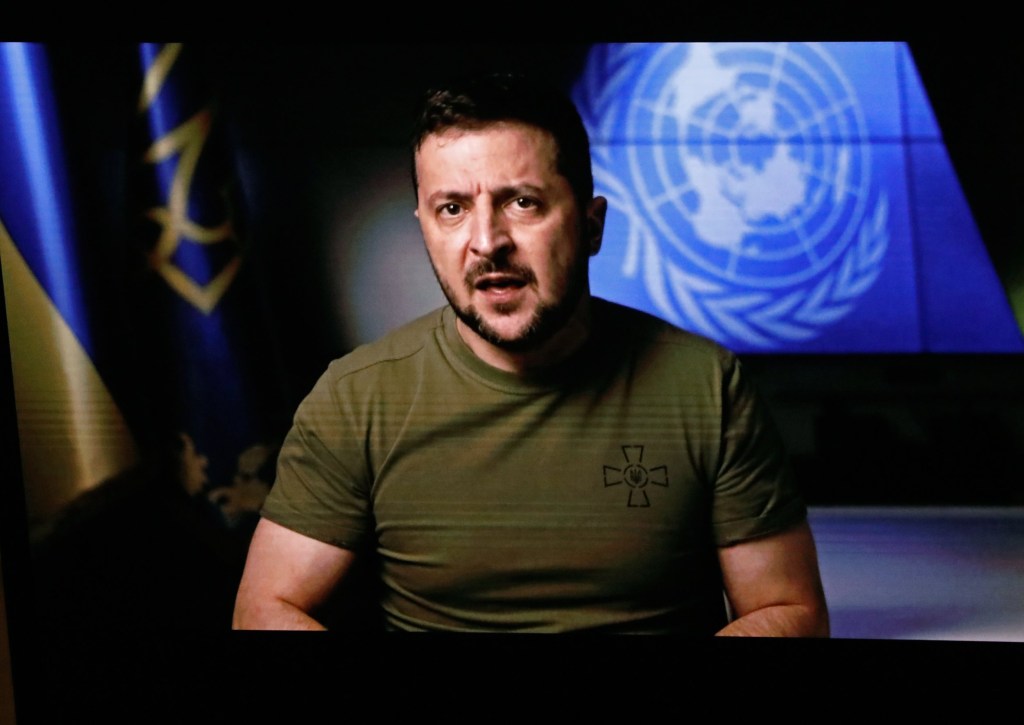 His remarks came after Vladimir Putin ramped up his invasion by mobilising another 300,000 reservists.

The move, seen as a huge gamble following pledges it would never happen, prompted rare anti-war protests across Russia.

Independent news outlets said some of those arrested were served summons to report to military enlistment offices on Thursday, the first full day of conscription.

One-way flights out of Russia sold out after Putin’s announcement.

‘Every normal person is (concerned), it’s horrible,’ said one man, identifying himself only as Sergey, as he stepped off a plane in Belgrade after a flight from Moscow.

Despite the sabre-rattling, the two sides carried out an unexpected prisoner swap on Wednesday, the largest since the war began.

It involved almost 300 people, including more than 100 members of the Azov battalion who led a prolonged defence of Mariupol and the city’s steel plant earlier this year.

Five British nationals were among the 10 foreigners released as part of the agreement.