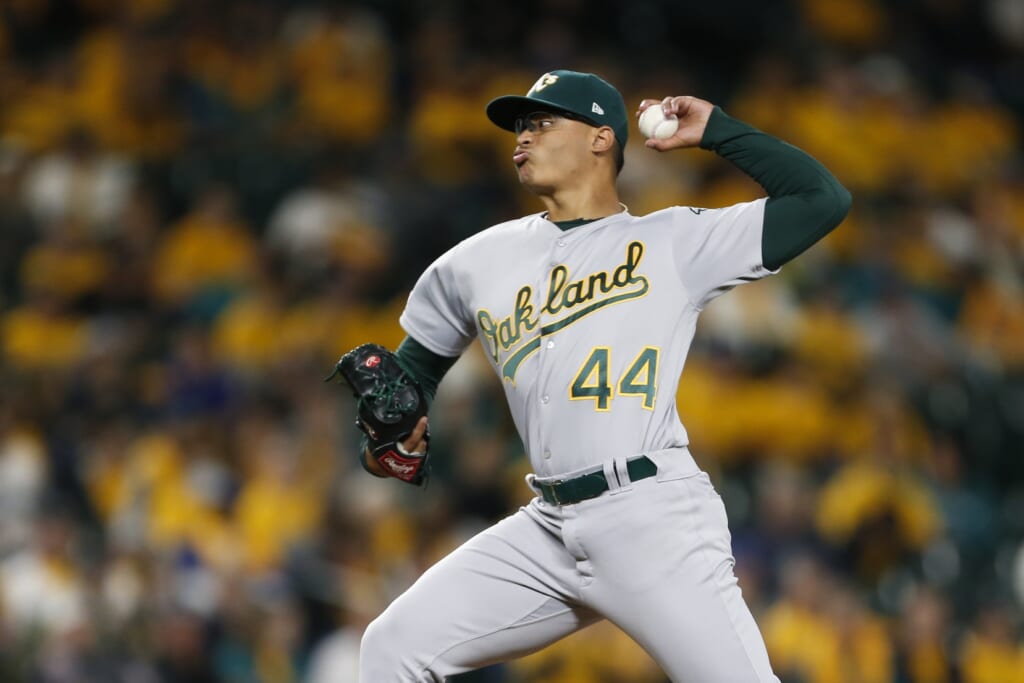 Baseball fans have been waiting longer than ever for the 2020 MLB season. Now that it’s less than a month away, following a captivating offseason and a prolonged delay, we can look ahead to an exciting group of rookies taking the field.

Rookies are one of the most exciting things about each season. Every year we see new faces get their first full taste of the majors and a few find a way to become household names. Even in a 60-game season, something that fans and players will get used to, this year’s rookie class will deliver a few breakout seasons.

The 2020 season should provide even greater opportunities for young players thanks to the National League adding to designated hitter and rosters expanding to create more chances. Let’s now take a look at five MLB rookies poised to breakout seasons.

We saw a glimpse of what Luzardo is capable of when he made his MLB debut during the 2019 season. Oakland’s electric southpaw came out of the bullpen and posted a 16-3 K-BB ratio with a 1.50 ERA across 12 innings, then threw three shutout innings against the Tampa Bay Rays in the AL Wild Card Game. While it might sound crazy, this 22-year-old could emerge as the Athletics’ ace by the middle of the season.

Luzardo brings a dynamite fastball, a changeup that will crush the dreams of veteran hitters and a nasty curveball that will help him generate strikeouts. Durability has been the lone concern with him and he would have faced an innings cap in a full season. Now with a 60-game schedule, Luzardo can stay fresh all year and dominate. We wouldn’t be surprised if he records a 3.5 ERA and takes the mound for the Athletics as their postseason ace.

While fans didn’t get to see a lot of Lux this past season in Los Angeles, everyone knows what he is capable of at the plate. A player with a 60-hit tool already and the chance to become an All-Star hitter and he pairs it with some tremendous pop. He’ll be hitting in an absurdly loaded Dodgers’ lineup and could post a .850 OPS in his first full season.

In the middle of spring training, the Nationals likely wondered what they were going to do with Kieboom. He struggled defensively at the hot corner, but he offers the kind of power that needs to be in a lineup. Now that the NL will have the designated hitter, Washington will always be able to find him a home.

The NBA is heading to Disney World. Here’s how much it’ll cost

NBA, players agree to social messages on jerseys for remainder of season

Jake Bentley explains why he transferred to Utes program: ‘Utah really is a special place’