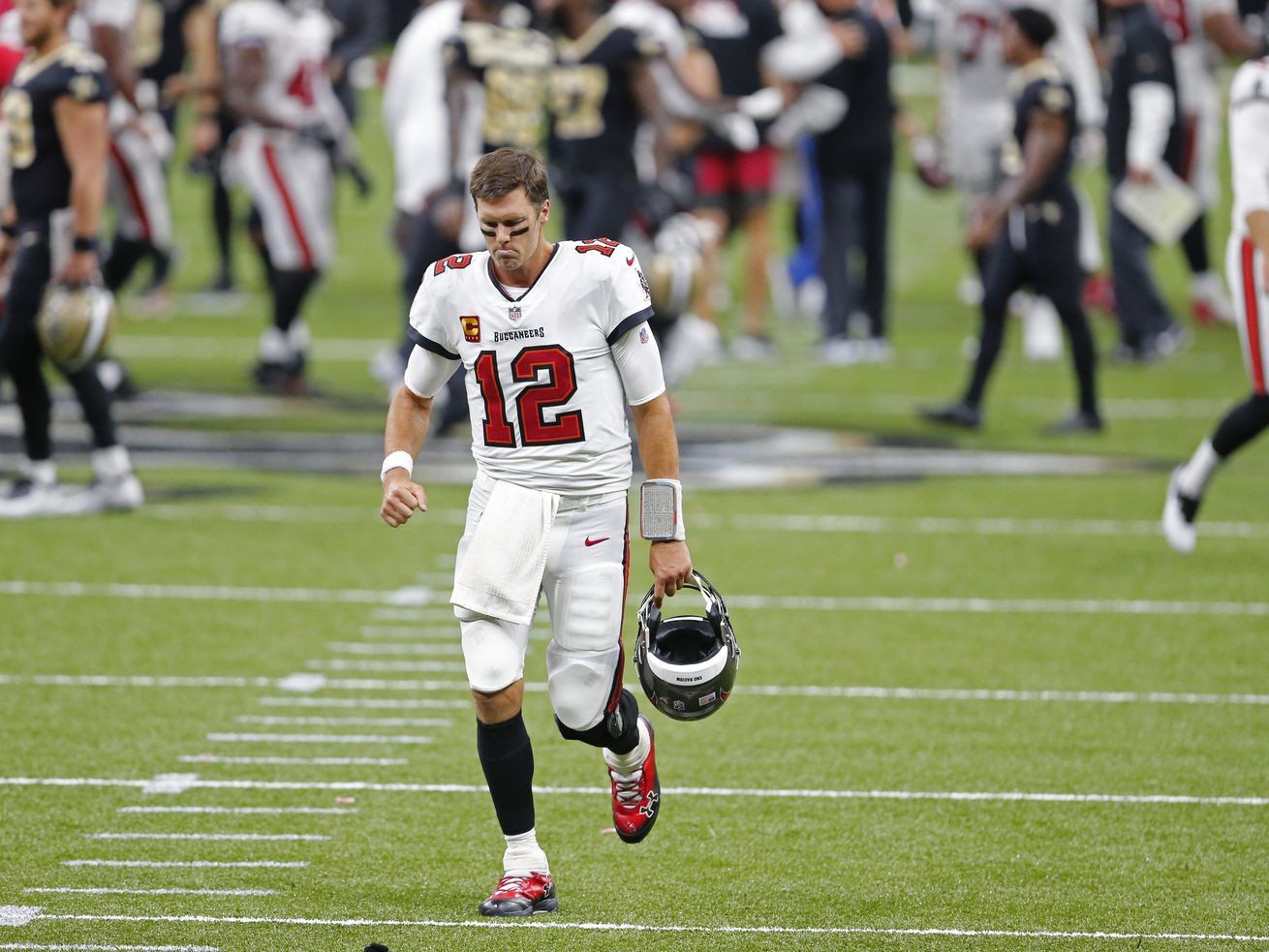 SALT LAKE CITY — The NFL is supposed to be no country for old men, but there they were on opening day, a set of football geezers who should be on the golf course or in the TV booth by now.

Tom Brady, at 43, isn’t merely the oldest player in the league, he’s older than 10 of the league’s head coaches. Drew Brees and Josh McCown are both 41 (the latter is paid $12,000 a week to serve on the practice squad, which is a good gig if you can get it). Matt Schaub, 39, is a backup on the Atlanta Falcons. Ben Roethlisberger and Philip Rivers are both 38, and Ryan Fitzpatrick 37.

And all but one of them looked their age Sunday.

It’s no coincidence that four of the five oldest players in the NFL are quarterbacks. They’re a protected species because of their value to their teams and the league brand. Rules have been created to protect them from injury as much as possible. It has certainly improved their shelf life.

The average age of the NFL’s starting quarterbacks on opening day last week was 29.1 (it’s 27.5 for running backs).

Twelve of the 32 starters are 25 or younger.

Fourteen of them are 31 or older.

Despite the presence of the geriatrics, the quarterback position is actually getting younger. Seven of the starting quarterbacks are 23 years old. Quarterbacks, like other positions, are entering the NFL draft at a younger age, but unlike their predecessors, they are more prepared coming out of college and ready to play by their first or second years.

Another factor: The NFL has been greatly influenced by the collegiate spread option attack, which requires the more athletic, younger quarterbacks that the college game is sending them. The pure, stationary pocket passers like Brady and Peyton Manninng are a dying breed.

It’s also not a coincidence that most of the older quarterbacks throw first and run rarely, which exposes them to fewer hits. For the most part they are not athletic, starting with Brady, who is about as mobile as a statue and couldn’t run if he wanted. The longevity of the more athletic quarterbacks, especially those utilized as an extra running back (Lamar Jackson), remains to be seen.

All of the above reasons have enabled the old guard to test the limits of longevity. The peak age of athletes is 26-27, whether it’s tennis, track and field or football. The average age of athletes at the Rio Olympics was 25.2 for women, 26.2 for men. Major League Baseball players’ peak years are 25-30, according to research by the Boston Globe. The average age of NFL and NBA players is 26.