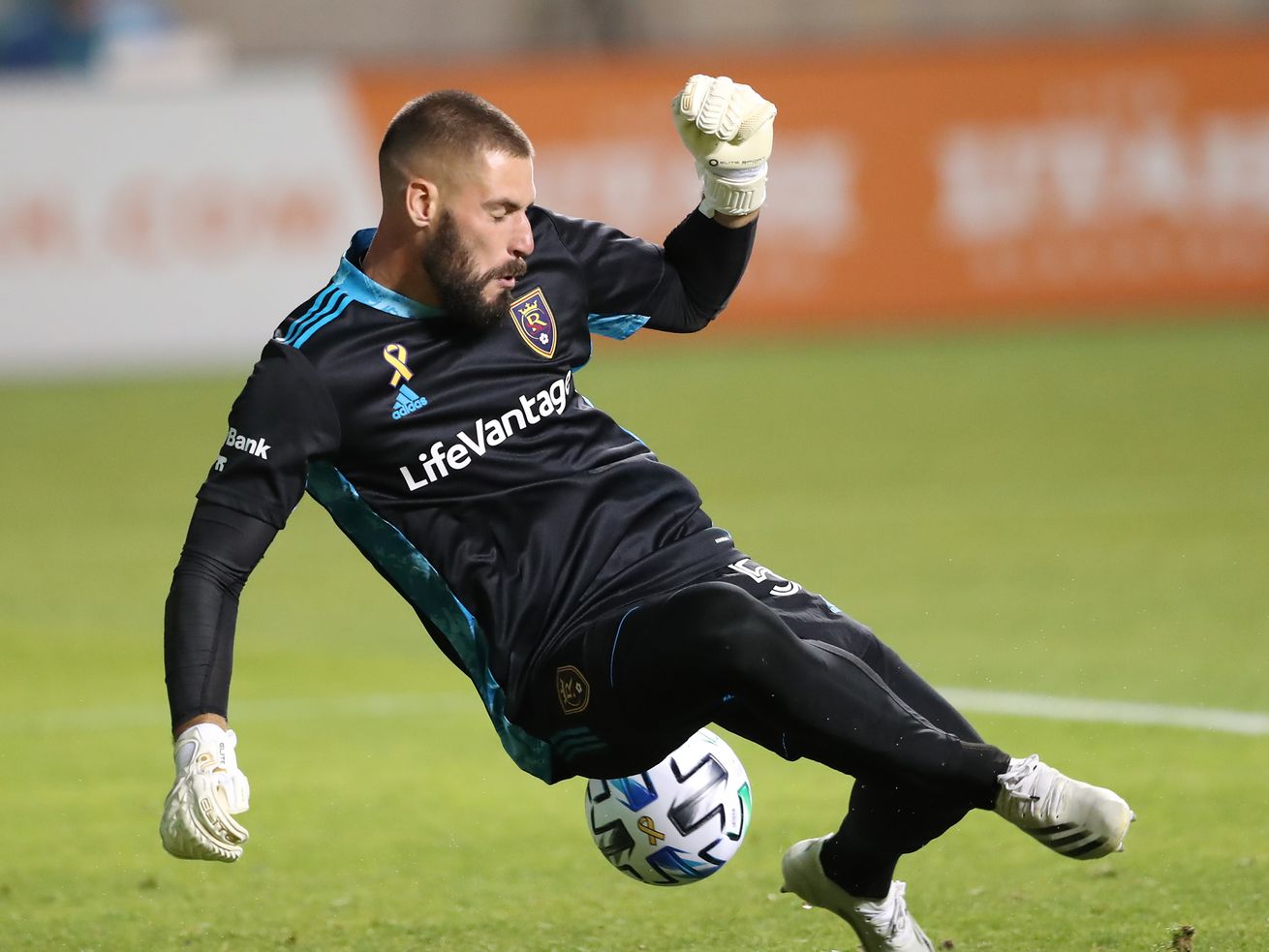 SANDY — A good keeper knows how to learn from mistakes, and then move on quickly. It’s a trait Andrew Putna is getting more accustomed to as he’s established himself as Real Salt Lakes’ preferred keeper as of late.

A couple weeks ago he had a howler of a mistake in Portland, giving away an early goal that had RSL chasing the game most of the night. It could’ve relegated Putna to the bench, but instead he’s started two of the past three matches, including a 3-0 shutout of Los Angeles FC on Wednesday — the club’s first shutout since the MLS is Back Tournament.

Putna made eight saves in keeping LAFC’s explosive attack off the board, but he was quick to credit the defenders in front of him for blocks on some key shots.

“It was a team clean sheet. We had a couple big blocks from Nedum (Onuoha), Donny (Toia), Justen (Glad) and Aaron (Herrera) in the second half,” said Putna.

It helped that LAFC’s aim wasn’t better either, as it had two point-blank headers off corner kicks go straight at Putna. A couple feet in either direction and Putna likely can’t react quickly enough.

Those types of moments build confidence, something Putna will try and duplicate if he gets the starting nod again this Saturday against visiting Colorado.

“It makes me feel more confident obviously after a performance like this, and but it’s just about working hard in training and forgetting about those mistakes.” — RSL keeper Andrew Putna

“It makes me feel more confident obviously after a performance like this, and but it’s just about working hard in training and forgetting about those mistakes,” said Putna after Wednesday’s match. “As a goalkeeper you have to have a short memory, that’s what I’ve been trying to do the last couple weeks. I know I haven’t played that well but tonight I just worried about the game today.”

Against Colorado, the challenge will be much different for Putna and the entire backline.

LAFC leads MLS in scoring and keeps attacking wave after wave after wave. Colorado, meanwhile, ranks near the bottom of the Western Conference in scoring with just 12 goals, as it currently sits on 10th place in the West, two points out of a playoff position.

Real Salt Lake is four points clear of the playoff line as MLS confirmed Friday that eight teams from the Western Conference make the playoffs this year. Two of RSL’s three wins have come against Colorado this year, …read more