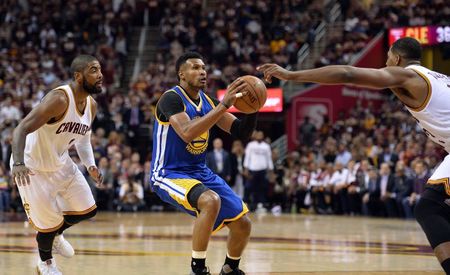 Former NBA champion and Sixth Man of the Year Leandro Barbosa announced his retirement Monday and said he is rejoining the Golden State Warriors as a “player mentor coach.”

Barbosa, 37, played 14 NBA seasons with five teams from 2003-17 before returning to his native Brazil to continue his playing career.

“I’m ready for a fresh start,” Barbosa wrote, translated from Portuguese. .”.. I’m sure I’ll feel at home, after all it was like that as a player and it’s been that way ever since. I couldn’t be more motivated. I know I’ll be surrounded by brilliant professionals and I’ll do everything in my power to collaborate with player development and the entire organization.”

There was no immediate word from the Warriors confirming his role with the club.

How extended ‘dead period’ is impacting Utah prep recruit, and schools like Utah and BYU that are recruiting him