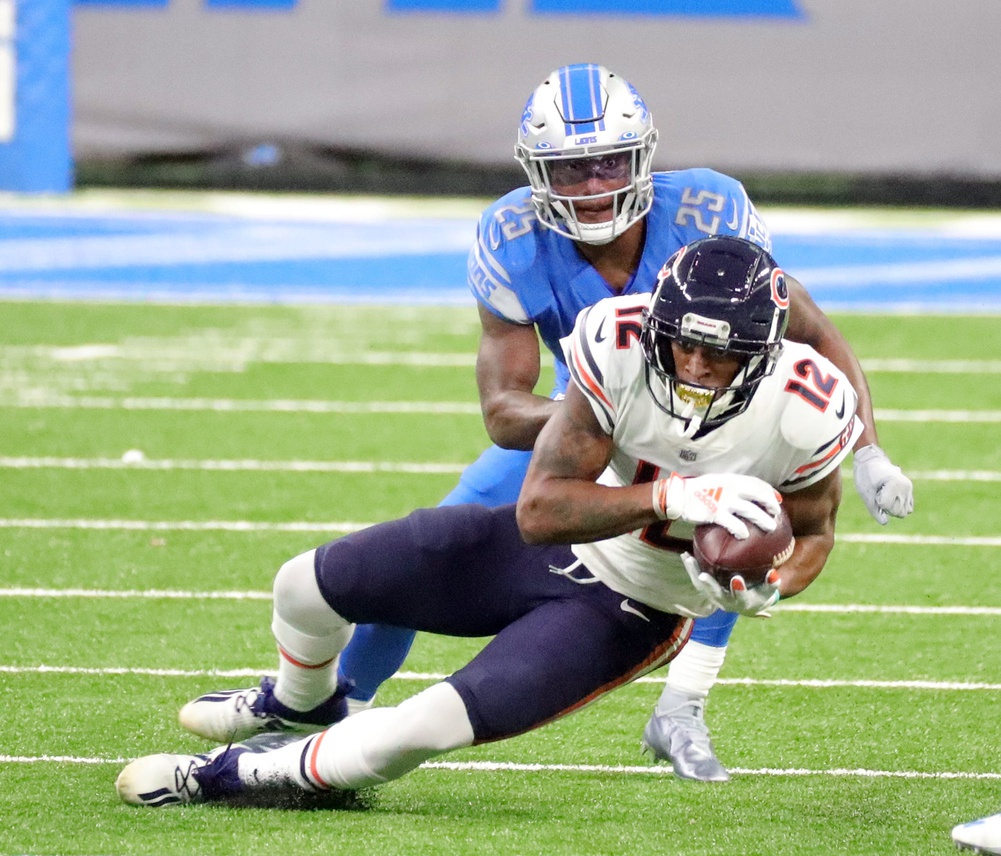 The Chicago Bears are coming off a shocking comeback win over the division-rival Detroit Lions in their season opener Sunday afternoon.

The last thing general manager Ryan Pace wanted was for extension discussions with star wide receiver Allen Robinson to go public. That’s exactly what happened on Tuesday when it was reported that Robinson requested a trade due to contract issues.

The Pro Bowl wide receiver addressed these rumors with the media on Wednesday, downplaying them in the process.

That seems to be more of a company line response to trade rumors than anything else. At the very least, it does not appear that Robinson is going to let these stalled contract talks impact his game. With Robinson catching passes from an average Mitchell Trubisky, this can’t be seen as bad news for Chicago. Simply put, the quarterback will need him to continue playing at a high level.

Robinson, 27, recorded 98 receptions for 1,147 yards and seven touchdowns for the Bears last season. The Pro Bowler is slated to become a free agent after the 2020 campaign and is earning a base salary of $10.9 million this season.

BYU a bit shorthanded, due to injuries and COVID-19, vs. Troy Saturday night

If it becomes apparent that the two sides won’t be able to work out a long-term deal, we would not be surprised if the Bears entertained offers ahead of the October trade deadline.