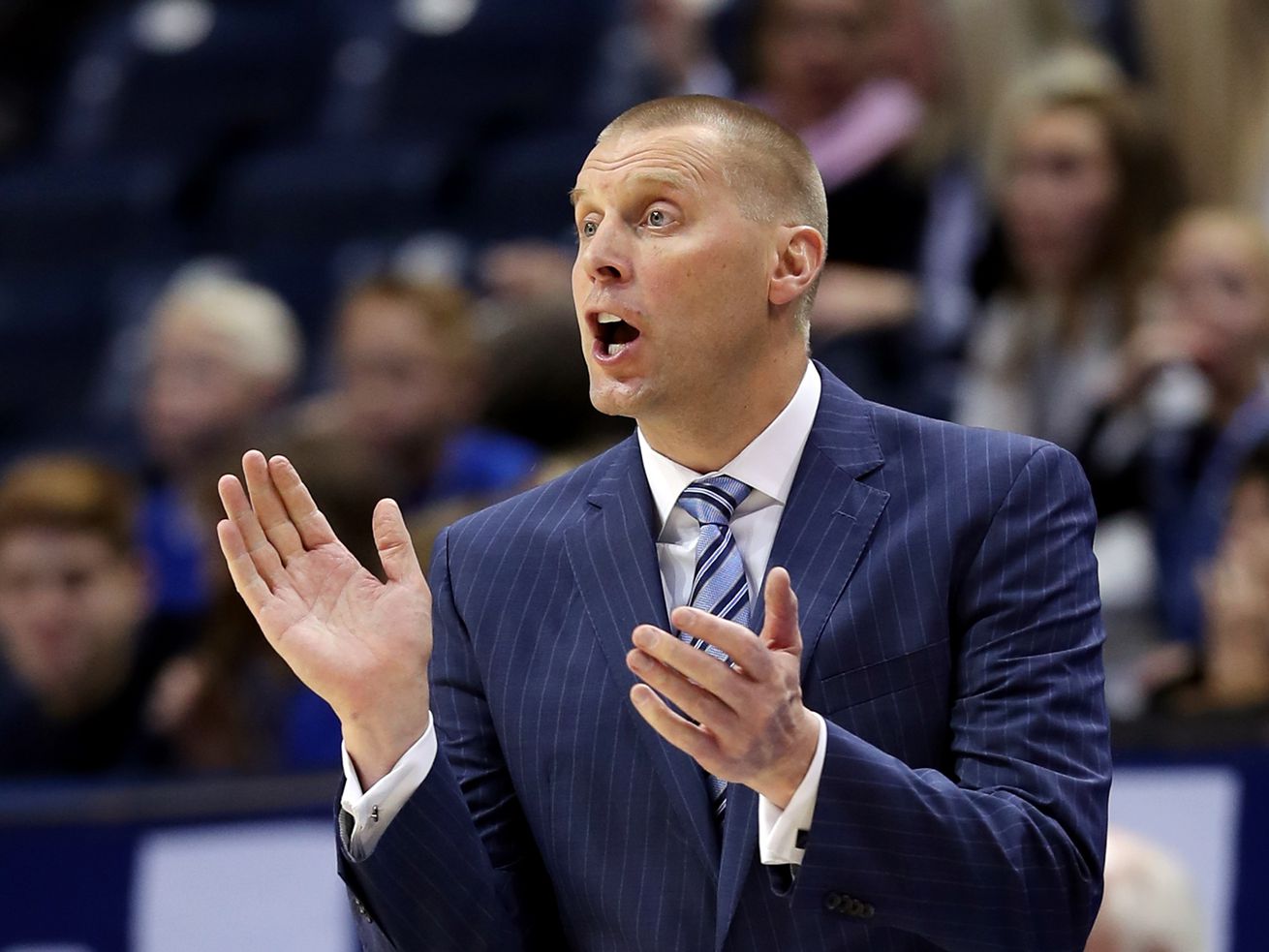 PROVO — The BYU men’s basketball program received an important in-state commitment on Tuesday when Timpview forward Jake Wahlin announced on Instagram Live his intent to sign with the Cougars.

Wahlin is a 6-foot-7 forward who claimed offers from Arizona State, San Diego State and New Mexico, among others.

“After a lot of prayer and consideration, I’ve (decided) to go to Brigham Young and play for the Cougars,” Wahlin said.

The atmosphere and excitement BYU coach Mark Pope has built within the program was a big factor, Wahlin said.

“Coach Pope and his staff have got me fired up,” Wahlin said. “I got to go to a few games, and the one game I really remember was the Gonzaga game, and I remember after the game Coach Pope and all the fans were on the court and thinking, ‘Man, how could you not want to be a part of this?’”

BYU defeated Gonzaga 91-78 back on February 22, with fans adding to a rich atmosphere before storming the court in celebration.

Wahlin is a member of the Church of Jesus Christ of Latter-day Saints and has plans to serve a two-year mission prior to enrolling at BYU.

As for BYU player’s approval of the commitment? Yoeli Childs certainly gave Wahlin his endorsement in a video posted to Twitter.

I’ve watched this guy work and grow for years, and I promise he’s going to be something special!

Proud of you bro, @BYUbasketball is lucky to have you!✊ pic.twitter.com/GcZhTtzRv5