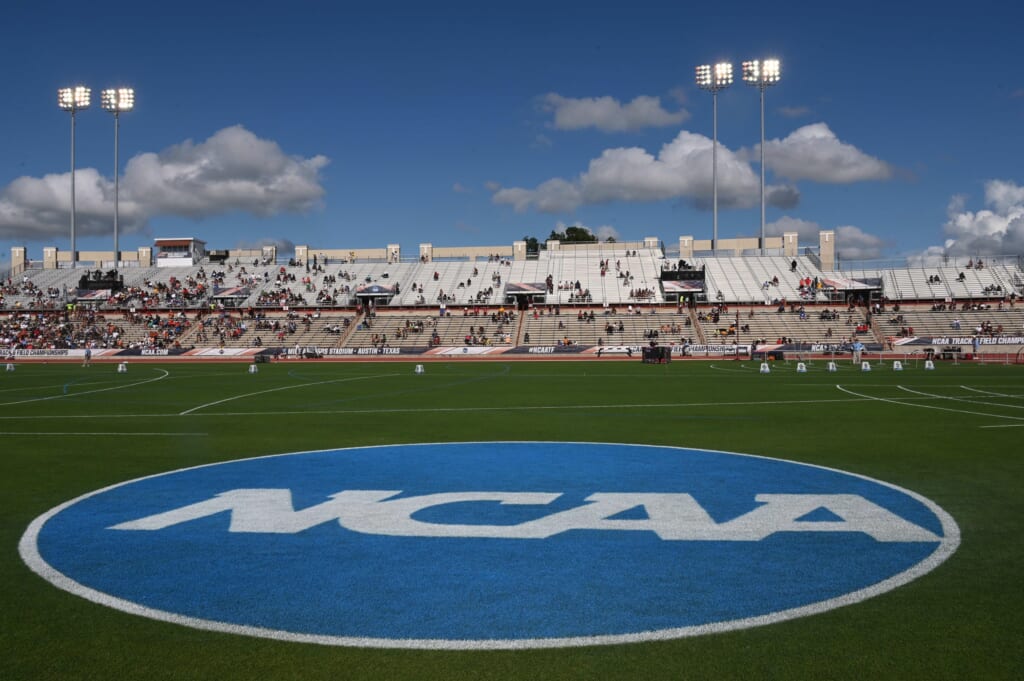 The NCAA is now putting on a full-court press to prevent amateur athletes from being able to profit off their likeness. This comes amid a growing movement that’s focused on athletes getting paid in some form while still in college.

Sports Illustrated reported earlier this week that the governing body has presented congressional members with its version of a proposal for name, image and likeness (NIL) that would severely impact the rights of amateur athletes.

“The governing body of college athletics is asking for lawmakers to grant it antitrust protection, preemption from differing state NIL laws and to allow it to craft all rules on athlete compensation,” the report read.

The NCAA is calling it “The Intercollegiate Amateur Sports Act of 2020.” It’s a dandy.

The NCAA wants federal protection from lawsuits and state laws from Congress. In reality, this would strip players of any union and worker rights. Being exempt from antitrust lawsuits would give the NCAA a whole lot more power. The NCAA wants the feds to adopt a wide-ranging NIL program nationally, but still wants to be able to control said policy itself. Again, this would be putting all of the powers in to the governing body’s hands.

“By no later than June 30, 2021, the NCAA says it shall establish rules and standards for administering financial aid, participation benefits, licensing revenues and other benefits or payments, including NIL, to amateur athletes, according to the document. They will be in charge of also determining the eligibility of athletes based on their NIL ventures, referring to such as “receipt of payments or benefits from a third party,’” the report read.

In reality, this would prevent athletes from receiving any endorsement deals or profit off their likeness moving forward. The NCAA’s reasoning is simple in that it believes treating amateurs like professional athletes would impact the competitive balance of college sports. Take that with a grain of salt.

The NCAA brought in well north of $1 billion in annual revenue during the 2019 fiscal year. Of that, it earned $867-plus million in television deals and marketing rights.

It’s obviously not about the governing body crying poor. Rather, it wants full institutional control over amateur athletes. This is one of the primary reasons top high school recruits have decided to bypass college basketball for the NBA’s G-League.

It’s also a trend that could potentially take place within the college football world should the NFL change its current rule that underclassmen can’t declare for the annual draft.