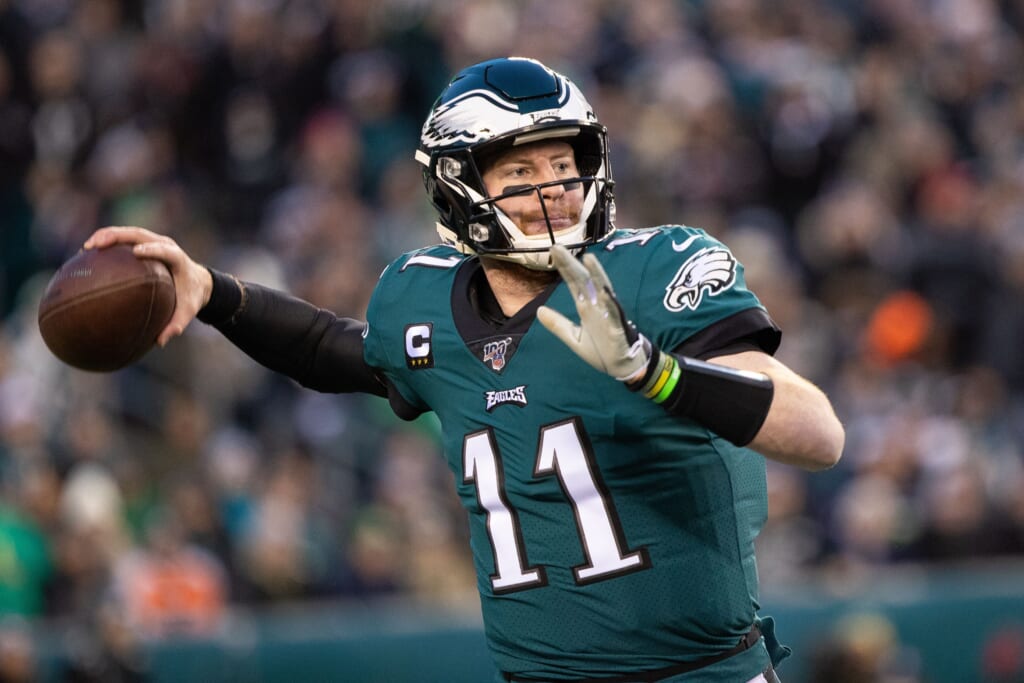 Philadelphia Eagles quarterback Carson Wentz did some remodeling on his body this past offseason in preparation for the 2020 campaign.

The fifth-year quarterback showed up to training camp looking a bit more shredded than we’ve seen in the past.

He confirmed that he’s gained weight and added muscle due to some intense workouts this offseason.

“The last couple offseasons I was dealing with injuries and trying to bounce back from injuries. This offseason, I was really able to get after it and work out a little harder in the gym and all those things,” Wentz said, per ESPN’s Tim McManus. “I haven’t gained anything insane for weight, but I’ve definitely gained some weight and feel good where I’m at.”

Wentz played all 16 games last year for just the second time in four seasons as a pro. That allowed him to approach the offseason differently than he has since his rookie campaign.

Carson Wentz has a history of injuries

Wentz missed three regular-season games in 2017 and five in 2018 due to injuries.

The first injury was a torn ACL that sparked the magical Nick Foles-led Super Bowl run. Then in 2018, Wentz suffered a fracture in his back that caused him to once more be shut down for the remainder of the season.

Now, with Jalen Hurts potentially breathing down his neck, Wentz appears to be extra motivated to live up to his potential and lead the Eagles into the future.

There is no doubt that Wentz has the potential to become one of the NFL’s top passers if he can stay healthy. The former second overall pick of the 2016 NFL Draft possesses a lethal combination of athleticism and arm strength that’s rare.

In 56 career regular-season starts, he’s put up 14,191 yards with 97 touchdowns and just 35 interceptions while completing 63.8% of his passes. Wentz has also rushed for 785 yards and three touchdowns.