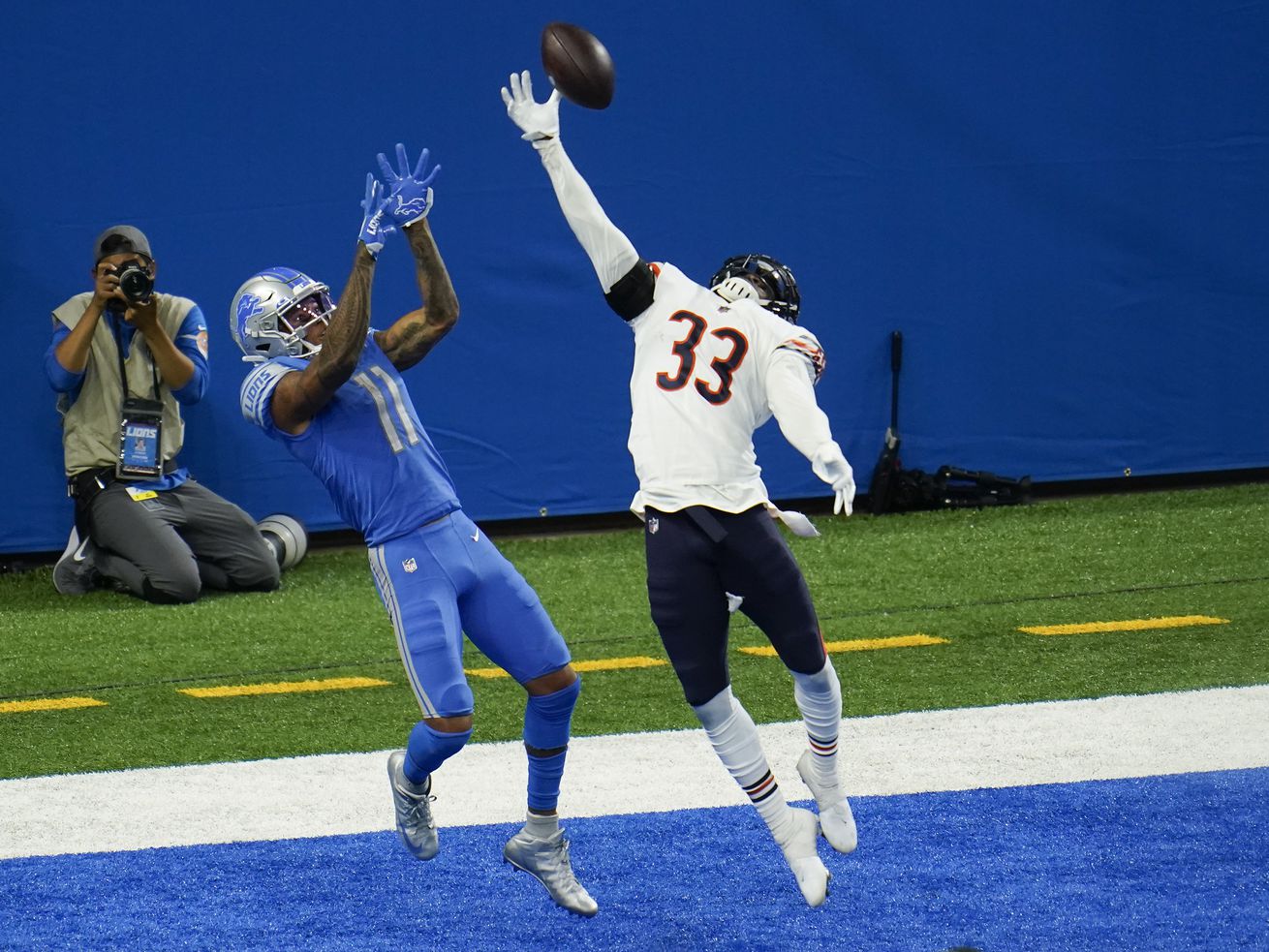 SALT LAKE CITY — Former Utah Utes defensive back Jaylon Johnson was on the wrong end of a “Welcome to the NFL” moment Sunday, but he redeemed himself when it mattered most.

In his first-ever NFL game for the Chicago Bears, Johnson got trucked by Detroit Lions wide receiver Marvin Jones in a play that got wide attention on Twitter, but then helped force an interception late in the fourth quarter and in the final moment of the game, he deflected a pass intended for Jones that would have given the Lions the win.

Johnson, the 50th overall pick in the spring’s NFL draft, started the opener for the Bears. In the second quarter, Jones made a catch across the middle and Johnson came up to tackle him. Jones, though, barreled into Johnson, sending him to the ground.

Chicago entered the fourth quarter down 23-6 but made it 23-20 inside of three minutes to play. On third down for Detroit, Johnson and Eddie Jackson converged on a ball intended for Jones, tipping it into the air. Kyle Fuller came up with the interception, and the Bears scored a touchdown with 1:54 left to take the lead.

The Lions responded by getting into the red zone, but on the final play of the game, Detroit quarterback Matthew Stafford scrambled around a bit before launching a pass toward Jones. Johnson stepped up in front of it though, skying high and knocking it out of bounds to give Chicago the win.