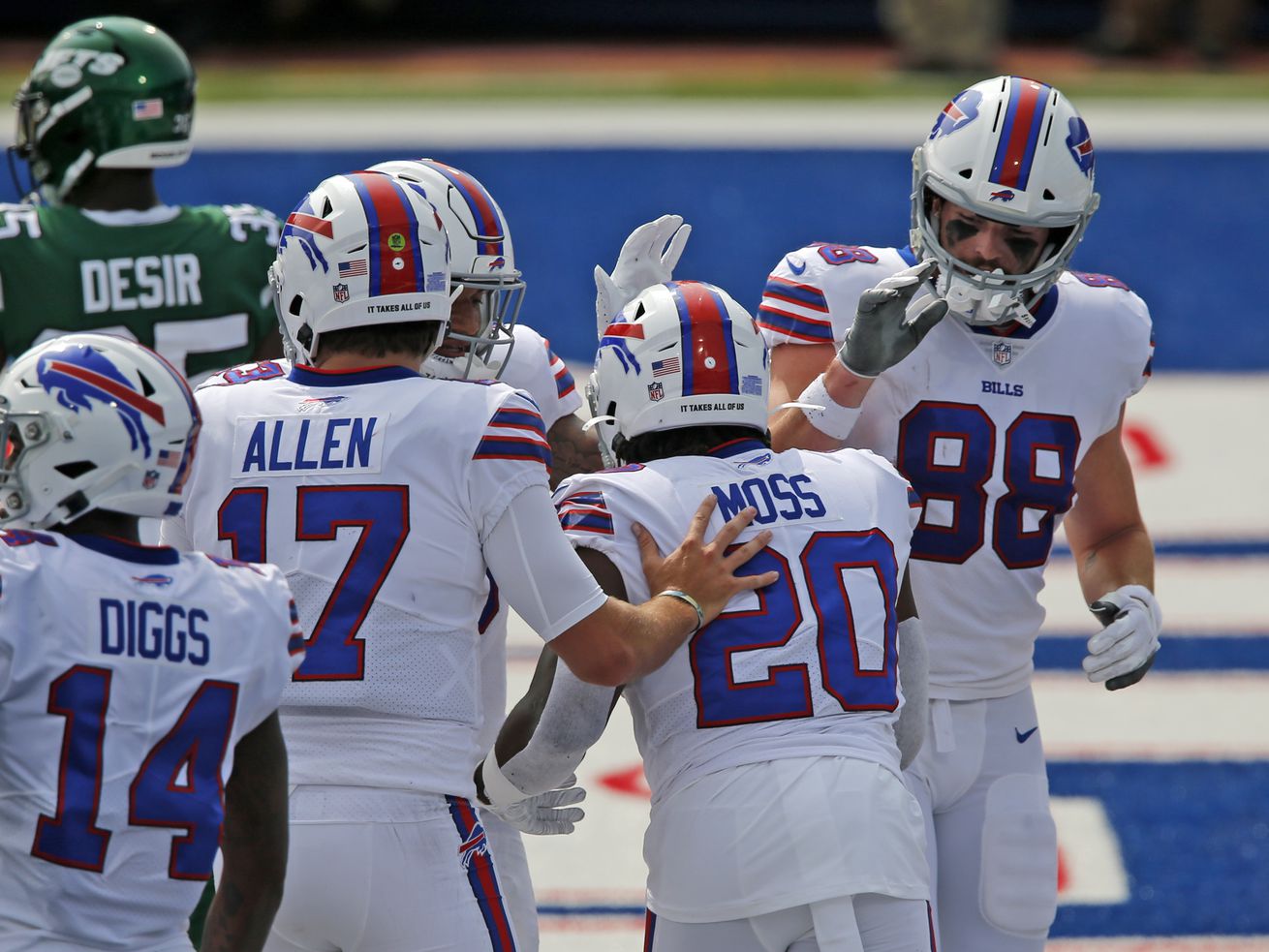 SALT LAKE CITY — Zack Moss’ NFL career got off to a good start on Sunday.

Playing in his first game for the Buffalo Bills as the 2020 season saw its first full day of action, the former University of Utah running back caught a touchdown pass from Josh Allen in the first quarter against the New York Jets, giving the Bills a 14-0 lead.

With just less than three minutes to play in the quarter and Buffalo in the red zone, Allen faked a handoff to Moss, who then snuck past the line of scrimmage toward the end zone.

Allen was not pressured at all, but couldn’t find an open receiver until he started scrambling. That caused the New York defense to step up, which left Moss open in the end zone for not only his first career touchdown, but his first career catch as well.

Moss, the 86th player taken in the spring’s NFL draft, had a rather quiet day other than that as the Bills passed a bunch and split carries among him, Allen and fellow running back Devin Singletary. Moss finished with 11 rushing yards on nine carries (seven yards of which came on a single carry), but was a bit more productive in the passing game, finishing with three receptions for 16 yards, including the 4-yard touchdown catch.

Elsewhere, former Utah quarterback Alex Smith did not play but was seen warming up prior to the Washington Football Team’s opener against the Philadelphia Eagles as he continues to come back from a horrific injury in 2018.

if you’re looking for a feel-good moment, we found it: