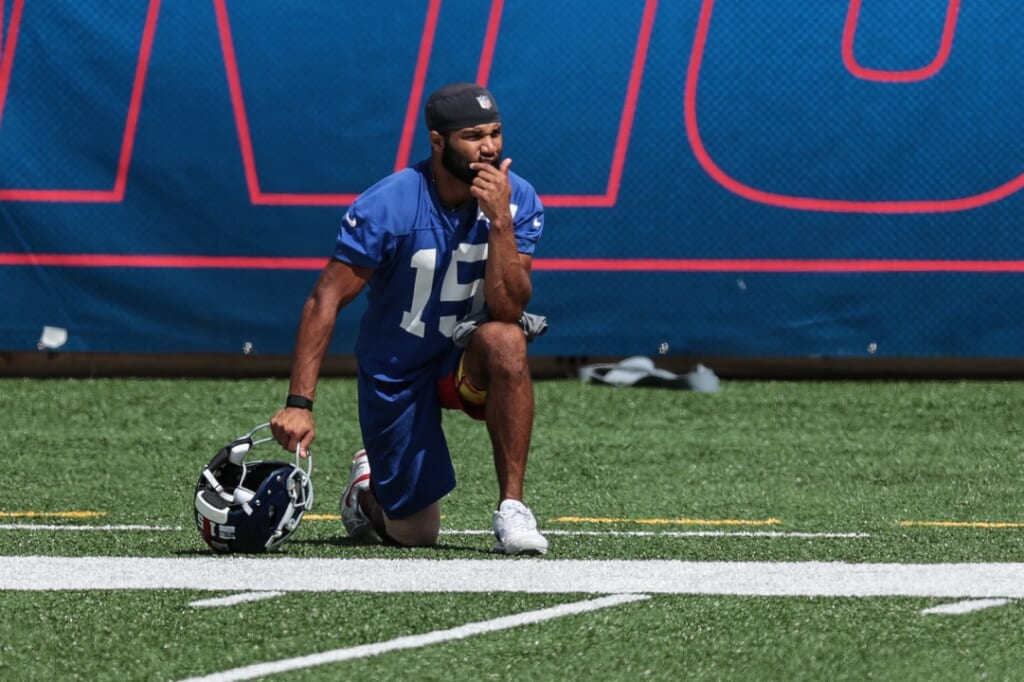 Second-year quarterback Daniel Jones will be looking to get his New York Giants off to a good start against the Pittsburgh Steelers Monday evening.

Jones is coming off a tremendous rookie season and was looking to rely on veteran wide receivers to help him improve. Unfortunately, that won’t be the case Week 1.

WR Golden Tate (hamstring) will be inactive Monday night vs. Steelers, per source. He was listed as questionable. Need to make sure it’s not something that lingers. There’s another 15 games. Daniel Jones waits yet again to have all his weapons on the field for at least one snap.

Tate, 32, recorded 49 receptions for 676 yards and six touchowns for the Giants a season ago. The veteran is being relied on to provide Jones with a consistent target in the slot.

With Tate set to be inactive Week 1, Darius Slayton and Sterling Shepard should see an uptick in targets.

Specifically, Slayton might now be a solid play if you somehow decided to stack Giants receivers. He recorded 48 receptions for 740 yards and eight touchdowns for the Giants a season ago.

Obviously, stud running back Saquan Barkley takes on more importance here. The dual-threat back has recorded 143 receptions in two seasons. A young quarterback in Jones also tends to rely on running backs as outlets out of the backfield. That’s no small thing.

Should Houston Texans’ slow start have Bill O’Brien on the hot seat?

New York is taking on one of the top defenses in the NFL Monday night. The loss of Tate is going to impact the team’s ability to do a whole lot on offense. That’s the biggest takeaway from this news.