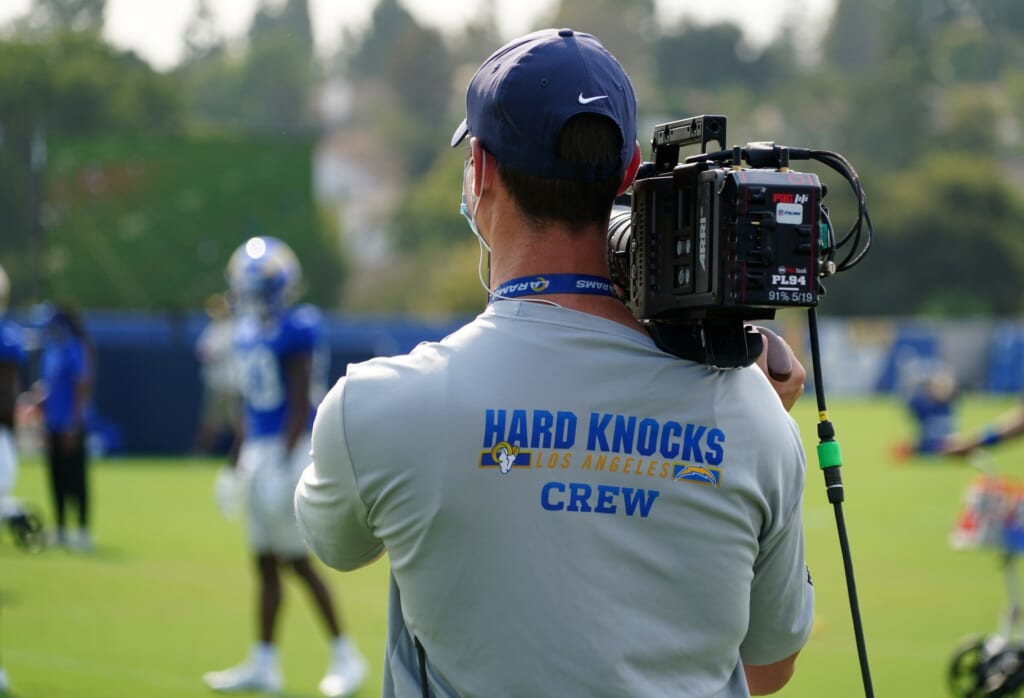 While this season of HBO’s Hard Knocks might not have been a huge hit, linebacker Clay Johnston became one of the biggest stars this season. Now, he’ll provide Tuesday’s season finale with a great note to end on.

Johnston didn’t make the Los Angeles Rams 53-man roster for the 2020 NFL season, he will be reuniting with his father after signing with the Carolina Panthers.

Johnston’s story was well-documented on Hard Knocks this season. The former top linebacker at Baylor tore his ACL during the 2019 season, which led to him becoming a seventh-round pick in the 2020 NFL Draft.

The 24-year-old linebacker faced long odds of making the Rams’ roster, especially with no preseason games this year. While he fell short of reaching his dream, his NFL story will continue.

According to The Athletic’s Jourdan Rodrigue, Johnston is set to join the Panthers’ practice squad this season.

Well holy fudging fudge – linebacker Clay Johnston is set to join the Carolina Panthers practice squad, whose staff include many of his former Baylor coaches and also his father, who runs the new strength program.

Johnston will be reunited with his father, Kent, who runs the team’s strength program. We saw Kent during a video call, that also featured his friend and Pro Football Hall of Famer Brett Favre, with his son earlier this season on Hard Knocks.

Not only will Clay Johnston be on the same team as his father, he will also be joining other familiar faces. Matt Rhule coached Clay Johnston at Baylor and be brought several of his assistants with him to Carolina.

While seeing players like Johnston be cut will be tough to see on Hard Knocks, his NFL career will now continue and this might be an even better situation for him.

Tiger looks ahead after missing the cut at the U.S. Open

BYU football ranked No. 21/No. 22 in first college football polls of 2020 season

WATCH: UNC-Charlotte LB with celebration of the young CFB season