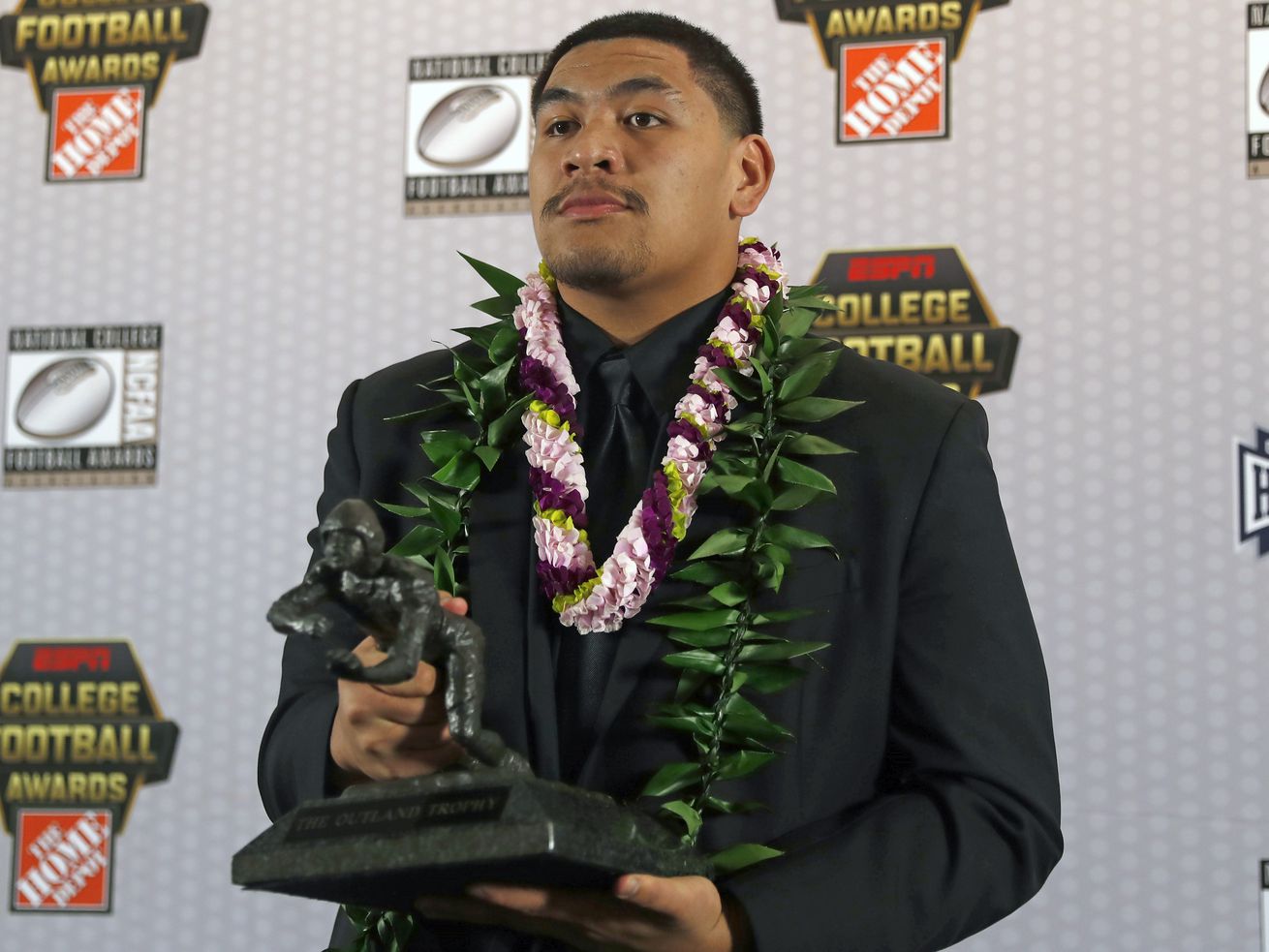 SALT LAKE CITY — After former Desert Hills High School star Penei Sewell announced Monday that he will leave the Oregon Ducks and enter the 2021 NFL draft, Ducks head coach Mario Cristobal had strong words to say about the legacy Sewell will leave behind.

In a story by The Athletic’s Bruce Feldman, Cristobal is quoted as saying, “He is challenging the guys he’s going against. It’s exactly how you would draw up your offensive left tackle, that’s how you would draw him up. He brought a competitive nature and a relentless attitude to it that is infectious and something that needs to be carried on.”

A native of American Samoa whose family moved to St. George, Sewell is widely expected to be one of the first players taken in the 2021 draft.

“It’s the way he plays the game, man,” Cristobal is quoted as saying. “The way he is physical. The way he is relentless. The way he chases defenders, chases the ball and gets down the field, is involved in getting the team emotionally charged up and fired up before games. This guy carries a lot now. I’ll tell you he made his impact everlasting.

“He elevated the standard of performance. In terms of the way he plays the game, the way he gets after it in terms of the physicality, knocking people back, unlocking hips, getting hands on people. The conference is very happy to see him go. Let’s just say that.”

Big Ten football is coming back. Read what President Trump said about it