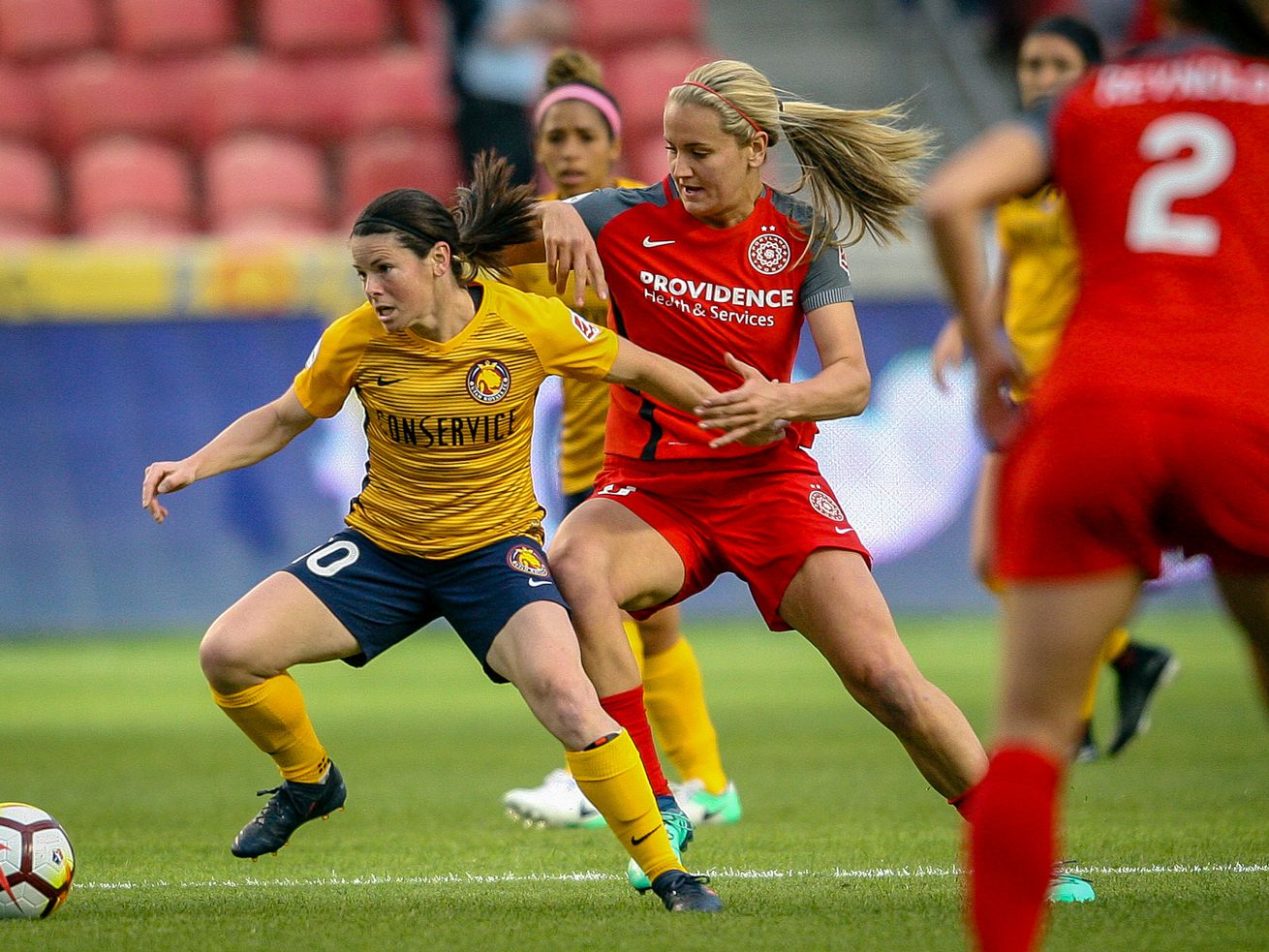 Utah Royals FC midfielder Diana Matheson (10) and Portland Thorns FC midfielder Lindsey Horan (10) fight for control of the ball in the first half as the Royals host the Thorns at Rio Tinto Stadium in Sandy on Saturday, April 28, 2018. | Adam Fondren, Deseret News

SALT LAKE CITY — League team sports are finally, officially returning to the United States for the first time since March, and Utah will be the epicenter of that return.

On Saturday morning, the National Women’s Soccer League’s eight-team, 23-game Challenge Cup will kick off, with the first 20 games to be held at Zions Bank Stadium in Herriman and the semifinals and final at Rio Tinto Stadium, with that last match scheduled for July 26.

“Being the first professional sports league (back) is wild,” Portland Thorns FC and United States Women’s National Team midfielder Lindsey Horan said in a video produced by the Thorns. “We’re the ones starting it. I think you gotta give the NWSL a lot of credit for what they’ve worked towards. … I am excited about it now and I want to go out and win it.”

“Being the first professional sports league back in the US is wild. We’re the ones starting it.”

Here’s a look at some of the notable names that will be involved, how the tournament will operate in the midst of the coronavirus pandemic and other pertinent information.

Who will be playing?

The NWSL consists of nine teams around the United States. All 23 players from the United States Women’s National Team that won the World Cup last summer play in the league, although just 13 of them will be in Utah over the next month.

That said, a bunch of star power will be missing, as Megan Rapinoe (Washington-based OL Reign), Christen Press (URFC) and Tobin Heath (Thorns) opted not to participate (all players had the choice), while others such as Carli Lloyd (Sky Blue FC) are injured.

Three USWNT players from the Orlando Pride will not play after the Pride were forced to withdraw from the tournament because of 10 positive COVID-19 results among players and staff. USWNT and Pride star striker Alex Morgan gave birth to her first child in the spring, …read more