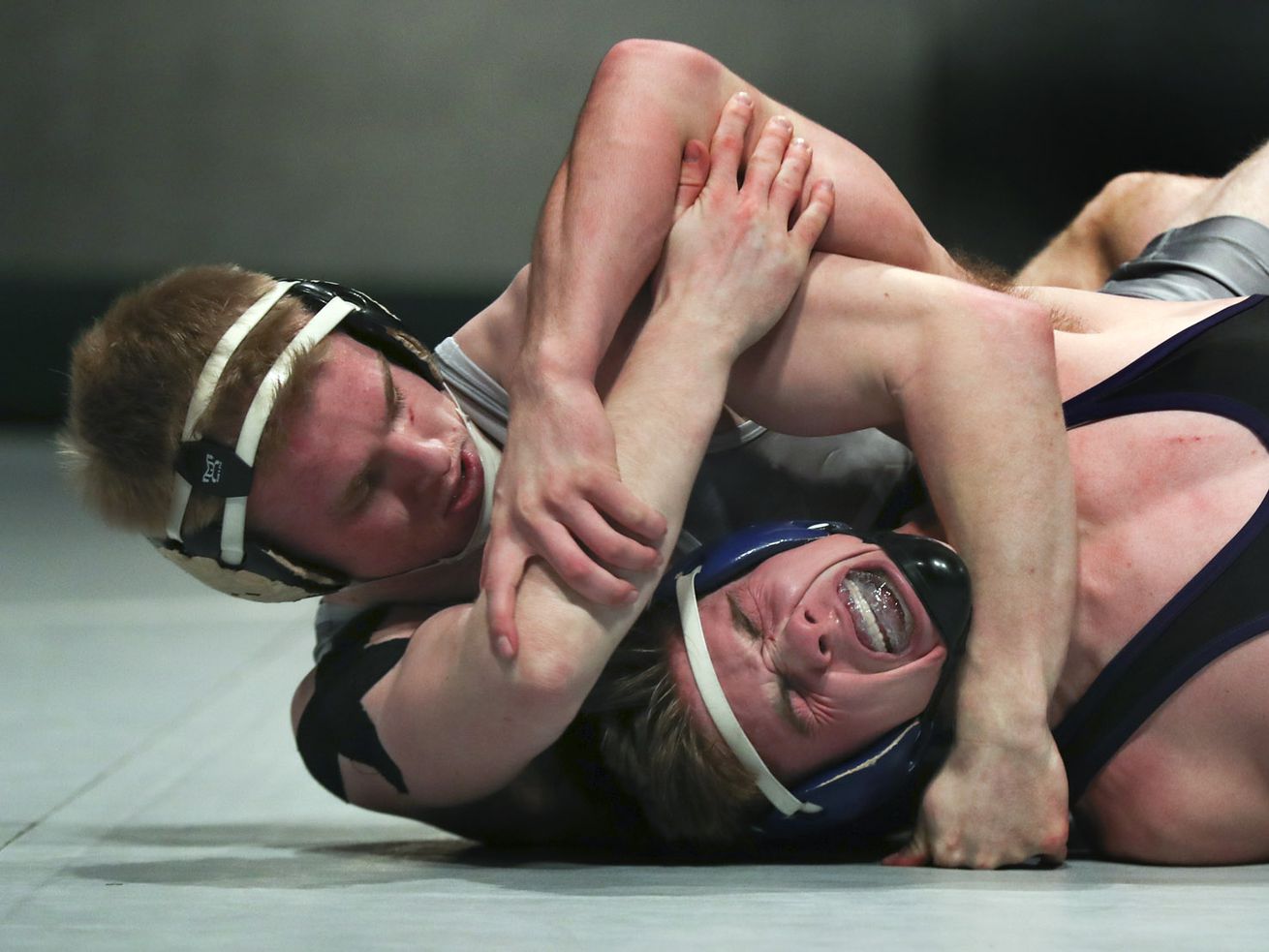 Juab, Wasatch and Uintah had four wrestlers win during Tuesday’s wrestling showcase at UVU, including Juab’s Channing Warner in the featured match of the night

OREM — Juab’s Channing Warner didn’t really care that his match at Tuesday’s All-Star Duals was the featured and final match of the night. Whether he was first or last, it wasn’t going to change his objective: wrestle hard, keep moving and have fun.

The sophomore said he accomplished everything he set out to do and in the process, accomplished a fourth objective — he won.

Warner recorded a takedown in the final 30 seconds for a two-point lead against Layton senior Tyson Humphreys, a lead he protected in the waning seconds for the 3-2 win in the 138-pound finale of the 20th-annual All-Star Duals at UVU.

“A lot of respect for Tyson, super good, super talented, super strong. I had to bring everything out there,” said Warner, one of four Juab wrestlers who were victorious on Tuesday. “With the final 30-second takedown, it really sealed it. He really pushed it all out of me, especially on bottom.”

Juab is one of the top wrestling programs in the entire state, and it showed as seven wrestlers participated on Tuesday, with Cade Bowring, Will Harmon and Blake Mangelson also prevailing.

A total of 97 wrestlers participated in the wrestling showcase at UVU, something Pleasant Grove’s Jake Richardson said was exciting to be a part of.

A move-in from Pennsylvania this year, Richardson said his home state doesn’t have a similar type of all-star match.

A fifth-place finisher at state in Pennsylvania last year, Richardson’s match with North Summit’s Tyler Scheurn was expected to be one of the marquee matches. Instead, he made quick work recording three near falls in the second period for the 16-1 major decision at 170 pounds.

“My game plan in neutral I noticed he stuck his right leg out a lot farther than most people do so I hit that. My go-to move are legs and torquing the crap out of people,” said Richardson, who was successful with the move on three straight occasions in less than a minute in the second period.

“My game plan in neutral I noticed he stuck his right leg out a lot farther than most people do so I hit that. My go-to move are legs and torquing the crap out of people,” Pleasant Grove wrestler Jake Richardson, who was successful with the move on three straight occasions in less than a minute in the second period

Richardson moved to Utah the week before school started and said several of his new Pleasant Grove teammates were at his house within five minutes of his arrival welcoming him to the team.

“The guys on Pleasant Grove are amazing,” said Richardson.

Are the Jazz the third-best team in the West? This TNT analyst thinks so

Is it time for Chargers to burn it all down and start over from scratch?