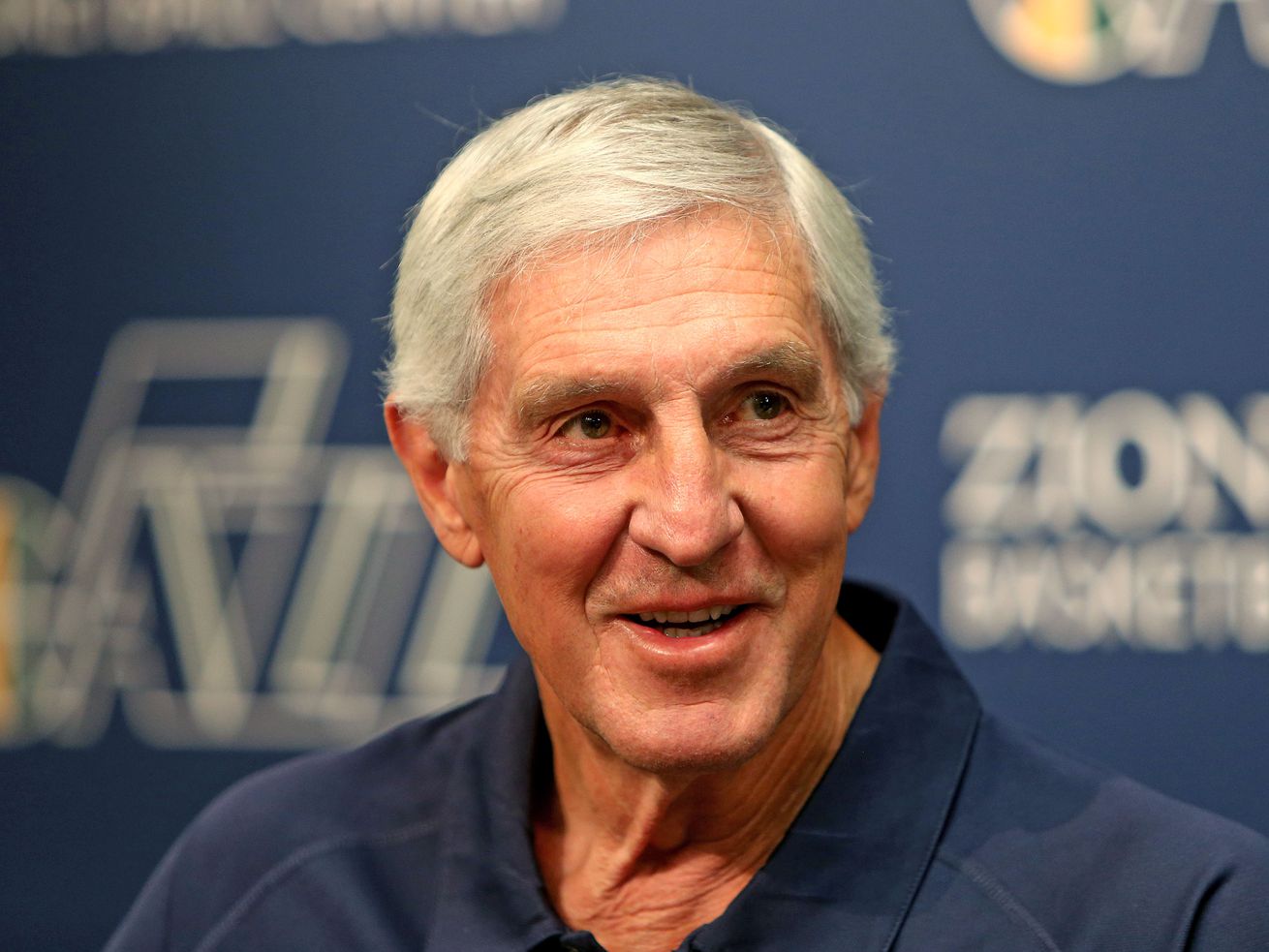 You can learn all you need to know about Jerry Sloan by looking at his jersey hanging in the rafters of Vivint Smart Home Arena.

The players up there are represented by the number they wore on the court; the number that came to identify them and their personal achievements. Sloan’s jersey bears the number 1,223 — representing the total games his teams won with him as head coach.

As anyone who lived in Utah during the 23 years he coached the Jazz ought to know, Sloan never gave a hoot and holler about who scored the most points or made the flashiest dunks. Victory was a team effort. Victory took hard work and sacrifice by everyone in a uniform, and if a person was lucky enough to wear one of those uniforms, Sloan expected that person to play with every ounce of energy for the good of the team in every game.

Sloan’s death Friday at 78 reverberated through the Wasatch Mountain range like the end of an era. But that’s not right. Sloan can’t be confined to an era. His legacy would be as hard to move from this state as one of those mountains.

Utah has often seemed an unlikely place for an NBA team, given the sport’s glitzy, big city image. This is a place of old-fashioned values, where honesty is prized and where the land and the people who benefit from it are never far separated. It’s a place where one high school proudly boasts the mascot of a beetdigger, and another, now former, high school simply called its teams the farmers.

‘He saw something in me’: CJ Miles reflects on the impact of legendary Utah Jazz coach Jerry Sloan on his NBA career

The state and its basketball franchise found their voice in Sloan, a gritty rural farm boy who not only knew how to work, but who loved doing it; who accepted no excuses and brokered no pretenses; who showed up to work every day no matter how he felt and insisted his players do the same; and who respected the hard-earned money it took for fans to afford a ticket to the game and felt an obligation to provide a product worthy of that sacrifice.

Those are qualities a lot of Utahns take to heart. Sloan never apologized for them, and because of the respect he earned as his teams kept winning, many Utahns felt a pride and sense of belonging. Sloan’s imprint gave the team with an improbable name (speaking of mascots) a clean separation from its New Orleans roots and a solid, unique footing among the league’s flashiest teams.

And as with a lot of Utahns, family mattered greatly to Sloan, whether it was the love and respect he felt for his mother, who raised him and nine other children after her husband died, or for his first wife, Bobbye, his high school sweetheart who died in …read more

Pittsburgh Steelers GM on Ben Roethlisberger: ‘All signs are pointing up’