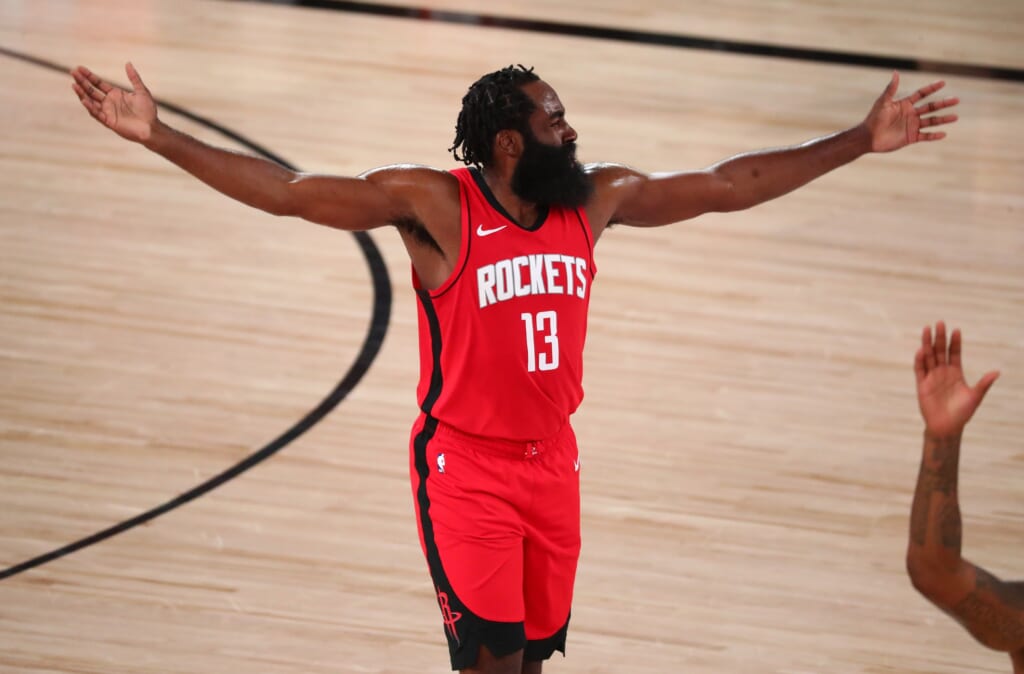 Barring a miraculous three-game winning streak against the NBA title favorites in that of the Los Angeles Lakers, James Harden and the Houston Rockets will face another premature playoff exit.

Down 2-1 in their Western Conference Semifinals series againt Los Angeles, the Rockets fell flat on their faces Thursday evening in Orlando. Harden himself made two more field goals than yours truly in the must-win game. He attempted a total of 11 shots throughout the evening. It was a career-worst performance.

Following the game, the former NBA MVP didn’t have a real answer to a question that pretty much everyone was asking.

The #Rockets were in need of answers following their disastrous performance against #LakeShow Thursday night. Mr. Harden DID NOT have those answers. pic.twitter.com/Da8oUoqyvk

We know the narrative surrounding these Rockets. We know that they have choked big time in the biggest games the team has played during the Harden era.

In their current iteration, these Rockets are nowhere near NBA title contenders. We saw it last season when the team came up small against the Kevin Durant-less Golden State Warriors. It’s on the verge of being repeated this season.
Morey deserves some of the blame in that he built a small-ball lineup that was always going to struggle against bigger teams. Thursday night’s loss magnified this. Anthony Davis and LeBron James secured more combined rebounds (27) than the entire Rockets team (26). That’s just not acceptable.
It now has to be clear to Morey that these Rockets in their current form can’t compete with the big boys in the NBA. Remember, the general manager noted ahead of the playoffs that it was championship or bust. How’s that working out?

James Harden and Russell Westbrook are not a fit

Remember, this duo teamed up in Oklahoma City with Kevin Durant. Three future Hall of Famers. Three generational talents. Zero NBA titles.
That should have been seen as a warning sign for Morey before he pulled off the blockbuster trade for Westbrook last summer. Sadly, he did not take note.
After one more season together, it’s become clear that this pairing is not in any way capable of leading Houston to championship contention. And in reality, Westbrook’s contract is nearly impossible to trade. Houston is stuck with him for the foreseeable future.

We saw it first-hand with the Oklahoma City Thunder team this season. After trading Paul George and Westbrook away last summer, the expectation was that Oklahoma City was in the early stages of a rebuild.
That did not come to fruition. Led by Chris Paul and a cast of youngsters, Oklahoma City earned a spot in …read more

NFL season kicks off in shadow of COVID-19, player protests

Are college sports in trouble? Asking for Kyle Whittingham