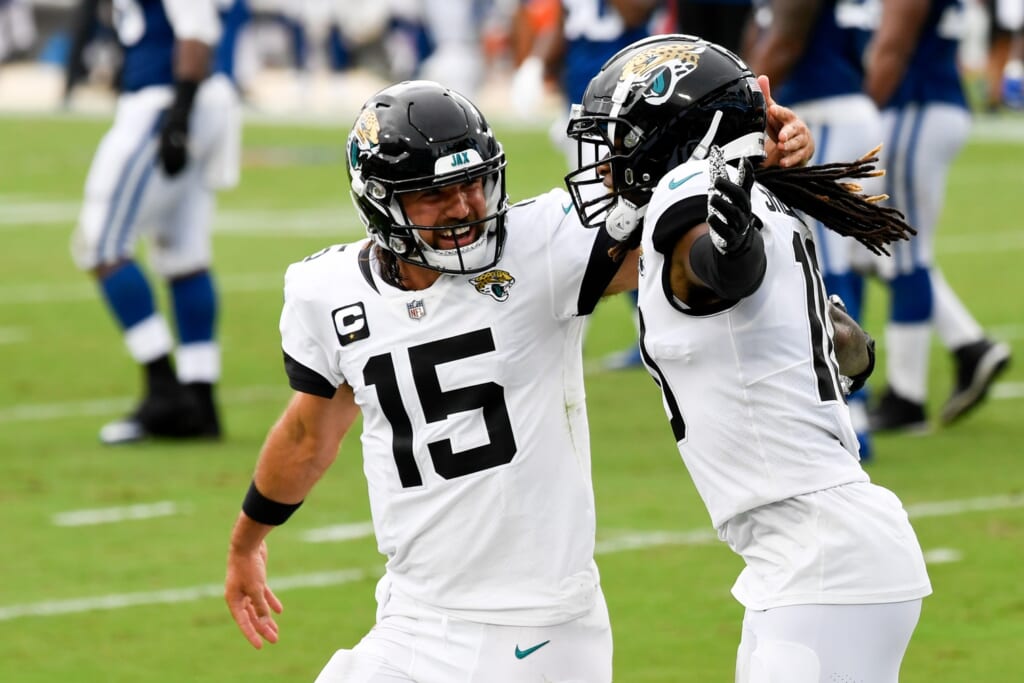 Minshew Mania was out in full force Sunday in Duval as the second-year quarterback led his Jacksonville Jaguars to an upset win over the Indianapolis Colts.

Gardner Minshew completed 19-of-20 passes for 173 yards with three touchdowns and zero interceptions in the 27-20 win. In the process, he completely outplayed future Hall of Fame quarterback Philip Rivers. He also made some history.

In true Minshew fashion, the young quarterback addressed the team as only he can following the shocking win.

“That just shows what we can do right there. That’s just a f—–g glimpse. We ain’t even scratching the f—–g surface yet,” Minshew told his teammates. “Do not be satisfied with 1-0. We got another division game coming up so bring it this week in practice. Iron sharpens iron.”

Jacksonville after dark is rather interesting. It’s no surprise given the mentality Minshew has displayed since the Jaguars made him a late-round pick back in 2019. He’s the type of leader who makes you want to run through a brick wall. That type of personality doubles off the field, too.

As for the Jaguars, they entered Sunday’s season opener viewed as one of the least-talented teams in the NFL. Boy, did Minshew and Co. prove us all wrong.