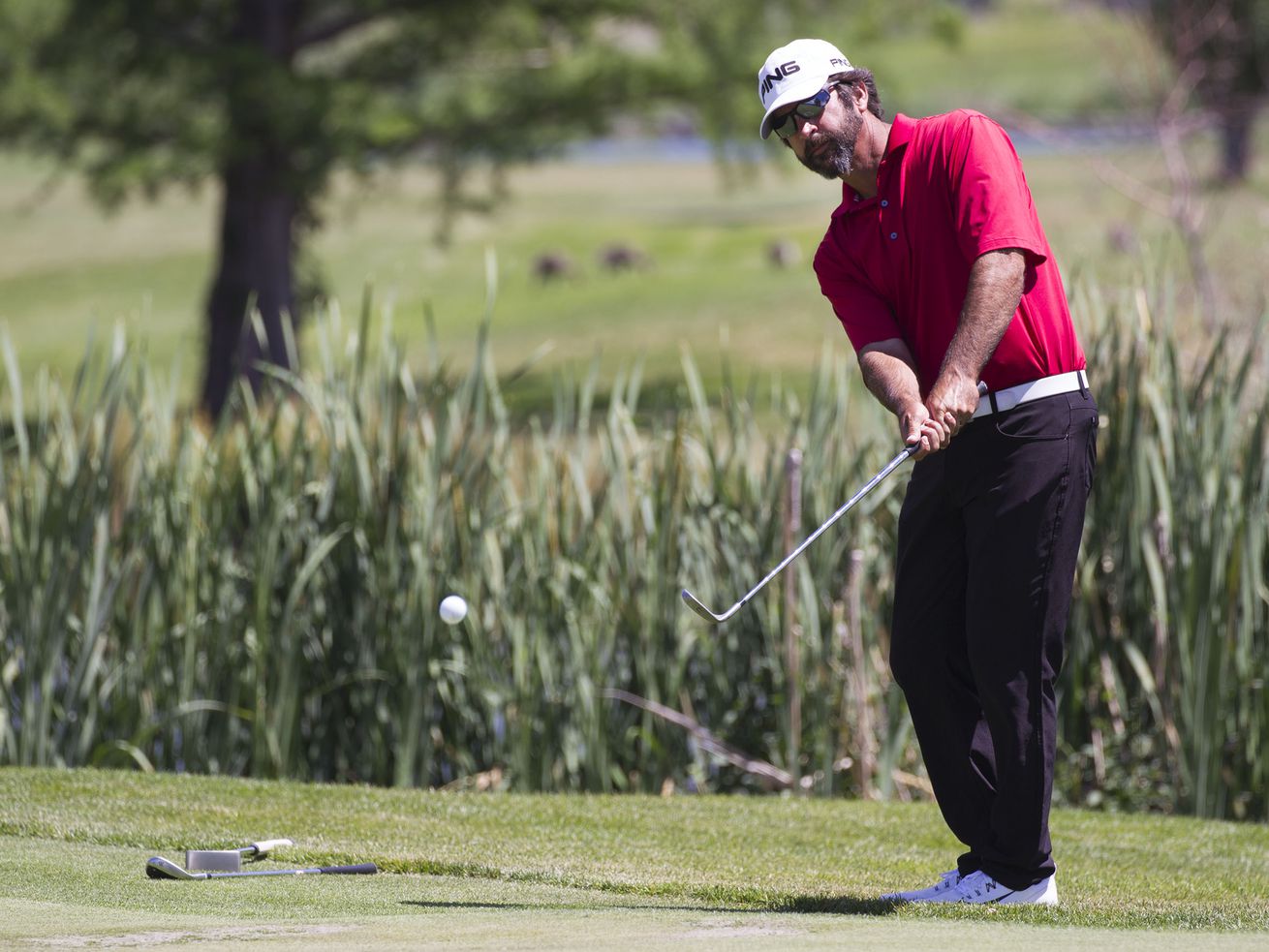 WEST WENDOVER, Nev. — Joe Summerhays is having one of his best years as a golfer as he approaches his 49th birthday next week.

Despite an abbreviated schedule this summer due to the coronavirus pandemic, Summerhays, a teaching pro at Eagle Lake Golf Course in Roy and Oakridge Country Club in Farmington, won four professional tournaments heading into the Utah Section PGA Professional Championship this week at Toana Vista Golf Course.

“I finally got one. I’ve always wanted to win this. Zach and I have battled for this the last three years and it turned for me this year.” — Joe Summerhays

After finishing second to Zach Johnson the past two years, Summerhays turned the tables this year with a come-from-behind victory, defeating Johnson, Chris Moody and Pete Stone by two strokes.

“I finally got one,” he said of winning the Section title for the first time. “I’ve always wanted to win this. Zach and I have battled for this the last three years and it turned for me this year.”

Johnson had taken the first-round lead with a 68, two shots ahead of Summerhays, but after the front nine, the two were tied. Johnson went back ahead by two after making a birdie at No. 4 (they played the back nine first), but Summerhays birdied holes 6 and 7, the latter with a 15-footer, while Johnson bogeyed both. That four-shot swing turned out to be the difference.

The top six players, plus Johnson, who was was already exempt, earned berths in the PGA Professional Players Championship next spring, where they have a chance to qualify for the PGA Championship if they can finish in the top 20.