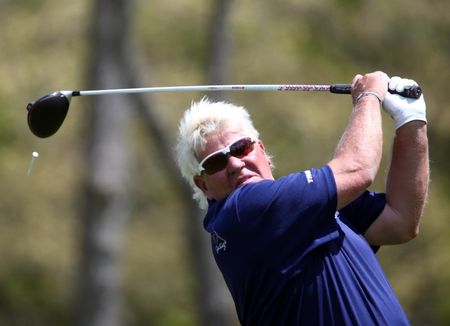 (Reuters) – Two-time major winner John Daly said on Thursday he has been diagnosed with bladder cancer and that while it was caught early he may need further surgery if it returns.

The 54-year-old American told Golf Channel the cancer was discovered during an appointment related to kidney stones.

“(The doctor said) it doesn’t look like any stones are in there. But unfortunately, you have bladder cancer,” Daly said.

“After I did the CT I was fixing to sip on my Diet Coke I got from McDonald’s and he said, ‘Don’t drink anything. We have to get you back in here and get this cancer out of you.’”

Daly underwent surgery to remove the cancer but said there was an 85% chance it could return, which would require more surgery.

“Luckily for me they caught it early, but bladder cancer is something that I don’t know all the details,” he said.

“But it doesn’t look like it may go away. We will just see what happens. Maybe there’s a miracle.”

Daly, a five-time winner on the PGA Tour, won his two majors at the PGA Championship in 1991 and the Open in 1995.