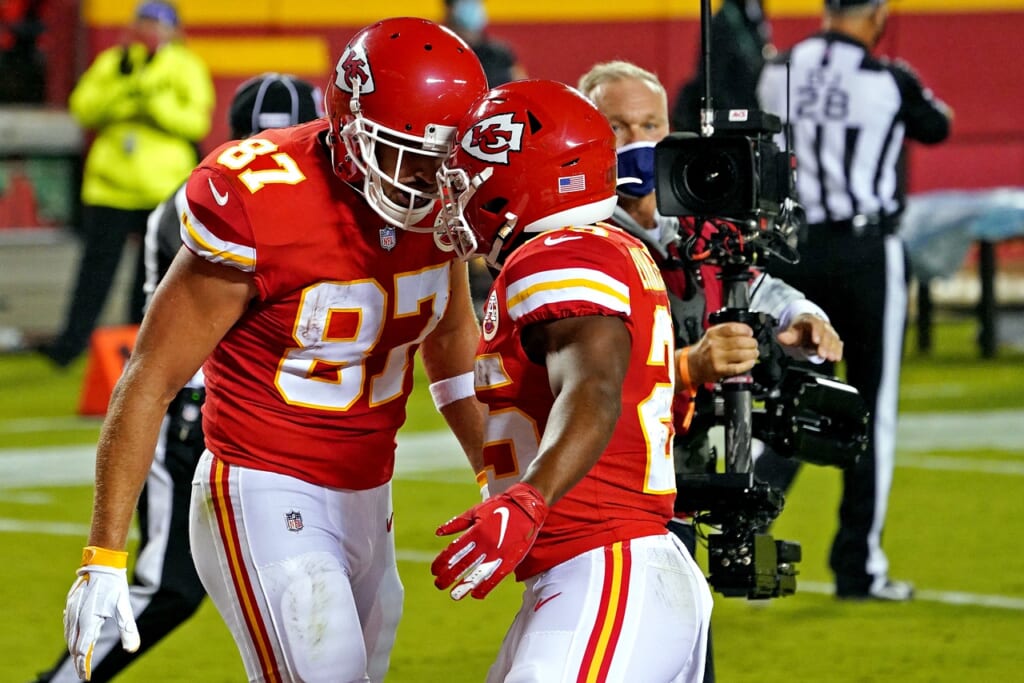 The 2020 NFL season has arrived and it all kicked off on Thursday night with Patrick Mahomes and the Kansas City Chiefs delivering a 34-20 win in the NFL Kickoff Game.

We saw the scoring start early with Texans running back David Johnson breaking free for the first touchdown of the NFL season. Houston clung to some early momentum, but the problems manifested into Mahomes and the Chiefs’ offense walking through the Texans on nearly every drive. By halftime, Kansas City rolled out to a 17-7 lead.

It didn’t get much better for the Texans in the second half. When rookie running back Clyde Edwards-Helaire was off to the races for a 27-yard touchdown, it was the proverbial nail in the coffin. By the time Tyreek Hill added another highlight touchdown, the Chiefs’ offense was rolling with 31 unanswered points to victory.

The Chiefs surprised many when they selected Edwards-Helaire with their first-round pick in the 2020 NFL Draft. What might have seemed like a reach to some, was Andy Reid finding the one missing piece in his offense. Edwards-Helaire didn’t need the preseason and that was evident immediately on Sunday.

#Chiefs offense was already unstoppable. If Clyde Edwards-Helaire is going to do things like THIS…R.I.P #NFL defenses. #FantasyFootball. New star for #ChiefsKingdom pic.twitter.com/BpvKcD7BEN

In the first half alone, he racked up 64 rushing yards on only 10 carries. The stats were impressive, but his elusiveness and vision made you believe he was a 10-year veteran. Of course, he then kept it rolling in the second half with more jaw-dropping runs. It’s simply unfair that the Chiefs have him, as we saw in his 138-yard debut. The rookie might just be the next All-Pro in this offense.

It’s possible O’Brien was right about David Johnson, but trading away DeAndre Hopkins deserved the ridicule it received. He provided plenty of material for ridicule this offseason, making it more baffling he was named general manager. It would be one thing if he had a penchant for making smart decisions, but Thursday’s season-opening loss proved he is also a terrible coach.

It started early with O’Brien. In the second quarter at the 50-yard line on fourth-and-four, Houston punted the ball back to Mahomes. It was a weak decision. Sadly, O’Brien stuck to the conservative approach. Down 17, Houston kept running the football against backup cornerbacks and later punted again near midfield. Oh, an offense loaded with speed at receiver attempted just one pass 10-plus yards down the field in three quarters. O’Brien is wasting Watson. It’s shameful.