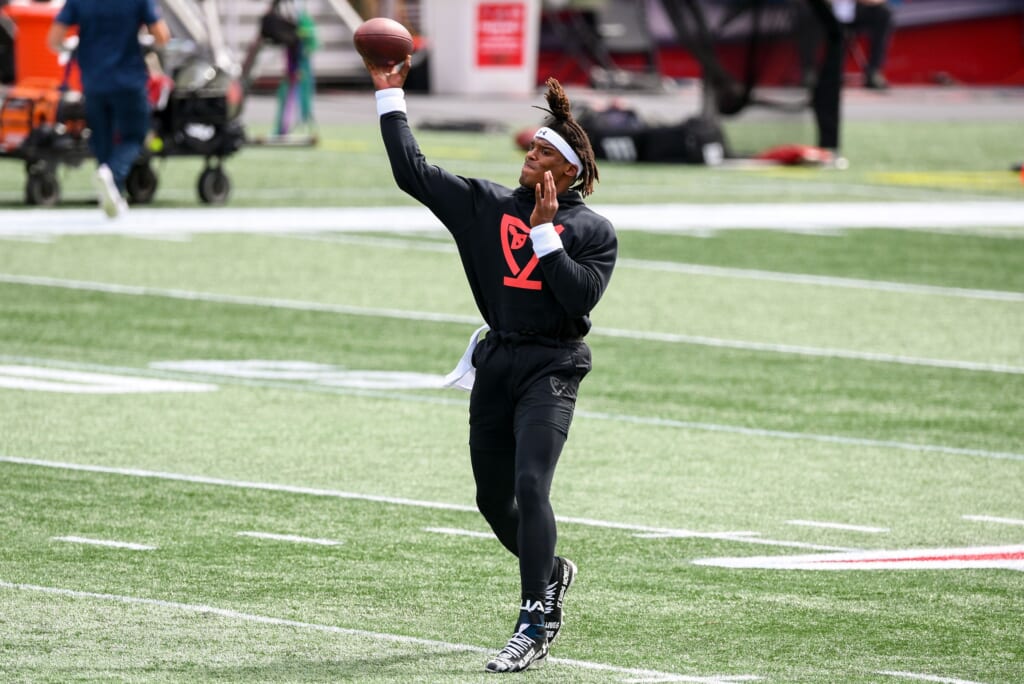 Any thought given to the idea that Cam Newton would tone it down a bit now that he’s being tasked with replacing Tom Brady as the New England Patriots’ starter can be thrown out the window.

The Patriots’ team captain was known for his pretty unique style during his career with the Carolina Panthers. That obviously has not changed in New England.

Check out what Newton decided to wear to Gillette Stadium ahead of his debut against the Miami Dolphins Sunday afternoon.

Cam Newton dressed to the nines ahead of his #Patriots debut. pic.twitter.com/sCJ9zGq9Hq

An all yellow suit and that hanker. Talk about dressing to the nines.

For Patriots fans, the hope is that Mr. Newton looks just as good on the field as he does in this suit.

New England will be playing its first game without Tom Brady on the roster in two decades Sunday afternoon. As for Newton, he missed all but two games last season with the Panthers due to a Lisfranc injury.

The good news here is that the former NFL MVP looked great in training camp and is already earning the trust of six-time Super Bowl champion head coach Bill Belichick.

MLB wants to host fans for NLCS and 2020 World Series